WASHINGTON — A new C.I.A. task force is trying to expand efforts to find the cause of a series of mysterious incidents that injured its officers around the world, the agency said this week, episodes that have occurred in Cuba, China, Russia and elsewhere.

The task force will work with the State Department as well as other intelligence agencies to gather fresh evidence about the episodes and re-examine existing material to draw conclusions on whether attacks occurred and, if so, what caused the injuries and who was responsible.

“C.I.A. is working alongside other government agencies to double down on our efforts to find answers regarding the unexplained global health incidents that have impacted personnel,” said Timothy L. Barrett, the C.I.A. press secretary. “The agency’s top priority has been and continues to be the well-being of all of our officers.”

Although the task force was formally established in December, the announcement of the new efforts comes after William J. Burns, the Biden administration’s nominee to lead the C.I.A., pledged during his confirmation hearing to review the evidence surrounding the incidents, which he described as attacks on agency personnel.

The Senate Intelligence Committee unanimously approved Mr. Burns’s nomination on Tuesday, setting up a vote for his confirmation by the full Senate. The vote is expected next week, but the exact timing has not been set.

In recent years, dozens of intelligence officials and diplomats have been affected with what has become known as the Havana syndrome, a constellation of symptoms including headaches, memory loss, dizziness and more.

A number of C.I.A. officers and diplomats working at the American embassy in Havana came down with the symptoms in 2016 and 2017. In 2018, more Americans working in Guangzhou, China, started experiencing the symptoms. A third group of C.I.A. officers, many of them working on countering Russian intelligence activities, have been affected in a variety of countries. The incidents have continued in recent months.

Some current and former government officials believe Russia is behind the incidents, though neither the State Department nor C.I.A. has reached that conclusion.

Mr. Burns’s comments were praised by former C.I.A. officers who have suffered from traumatic brain injuries as a result of incidents overseas.

Marc Polymeropoulos, a former senior C.I.A. officer injured while visiting Moscow, said it was clear from the hearing that Mr. Burns would “engage in a robust investigative effort to find the actors involved and hold them accountable.”

Until Mr. Burns is sworn in and begins his own review, the C.I.A. is not expected to make any new conclusions. But the agency appears eager to signal that it is taking the issue seriously.

The task force will be made up of medical experts, human resources specialists and intelligence officers, some on a full-time basis, as the agency seeks a better understanding of the episodes. 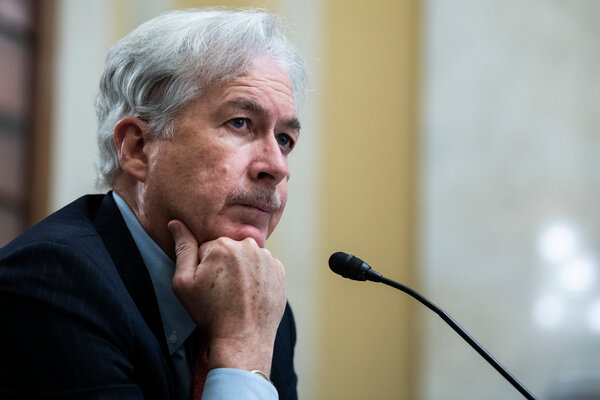 The State Department has also stepped up efforts to examine the incidents that have left its personnel injured. Secretary of State Antony J. Blinken has received updates on the department’s investigation and has elevated the role of the coordinator overseeing that examination to better work with other departments, improve the response to the incidents and support injured personnel, a spokesman for the State Department said.

During the Trump administration, current and former officials expressed frustration with the government investigation. The State Department and C.I.A., they said, were not adequately sharing information. Some officials said there was tension between the two agencies.

Biden administration officials said that they had plans to fix that, and that the State Department, C.I.A., and other intelligence agencies would work better together to examine the incidents and their cause.

Gina Haspel, the former C.I.A. director, was not convinced by the evidence that Russia was responsible or that the series of incidents could be definitively classified as an attack, according to intelligence officials. But in December, Ms. Haspel formalized the work of ad hoc groups to create the task force, to re-examine earlier incidents and to collect information about new ones.

She also asked officers who thought they might have been victims but had not reported it to come forward to talk with the task force.

Some briefed on the new efforts said medical treatment is improving. Agency officials are now being assigned a nurse or other medical professional to help coordinate their care, including options to receive treatment at Walter Reed National Military Medical Center or other specialized facilities.

But some current and former government officials said they remained uncertain that all of the bureaucratic hurdles to getting treatment have been removed. So far, only a handful of C.I.A. officers with Havana syndrome have been treated at Walter Reed.

Mr. Polymeropoulos, the former C.I.A. officer, helped run clandestine operations in Russia and Europe and experienced what he believes was an attack in December 2017 while on a trip to Moscow for the agency. The incident immediately caused severe vertigo that later developed into debilitating headaches.

Mr. Polymeropoulos said Mr. Burns should meet with injured officers to hear their firsthand accounts as he begins reviewing the evidence of what happened and the medical response.

“Burns will in short order need to overcome a bureaucracy that has not been kind to those that have asked for medical care,” Mr. Polymeropoulos said. “Immediately opening the pathway to Walter Reed for any officers who request treatment — as T.B.I. gets worse over time — will show a level of dedication to the work force that has been sorely lacking.”

Senator McSally, an Air Force veteran, says she was raped by a superior officer

Boris Johnson told UK doesn’t need Scotland – ‘They need us more than we need them!’