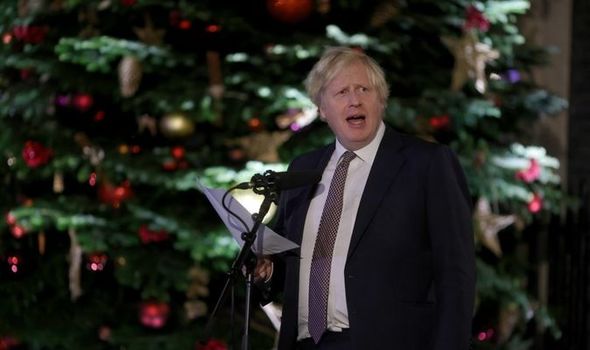 It will look at a leaving do where around 50 staff were said to have been packed in “cheek by jowl” and an education department bash. Any potential criminal behaviour uncovered will be referred to the police, MPs were told.

Labour called for Boris Johnson to resign if he had misled MPs about socialising in Downing Street when the country was under tough coronavirus restrictions. Shadow

Mr Johnson ordered Cabinet Secretary Simon Case to investigate reports of a staff Christmas party in Downing Street on December 18 last year after a video emerged of aides joking about the bash.

The gathering of up to 40 staff was held only 24 hours before the Government announced Christmas was effectively cancelled. Mr Case will now also probe allegations of a “covid nightmare” farewell do for an aide on November 27, when England was in lockdown, which Mr Johnson is said to have attended.

A soiree at the Department for Education on December 10, 2020 attended by Gavin Williamson will also be examined. Mixing between households in London was restricted in December last year. But claims about other parties are not covered by the investigation, including an allegation that there was a “Dom’s gone” celebration in the Prime Minister’s No 11 flat on November 13 when Dominic Cummings left his job.

Tory MP Pauline Latham said she believed the move to Plan B did “look as if it could” have been brought forward to distract from the Christmas party row. She told Times Radio: “It is shocking.” Conservative MP Philip Hollobone said of the parties: “The behaviour was totally inappropriate and possibly criminal.”

Two people who held or went to unlawful gatherings on the same day as the Christmas party at No 10 last December have been fined £1,100 plus court costs this month for breaching Covid curbs in London.

But police are not investigating the December 18 gathering at Downing Street because of an “absence of evidence”.

The prime minister has repeatedly said no rules were broken.

From a movie star to Marxists: Who went missing in China in 2018