Douglas Ross addressed claims made by the SNP who said they would have a mandate to hold another independence referendum if they secured a 65+ seat majority in Holyrood. But Mr Ross said he “could not believe” such a statement was being made after he highlighted a key inconsistency between the claim and the SNP’s own electoral campaign. He revealed Nicola Sturgeon said several times during her campaign that independence was not a “priority” and urged those who were not focused on another referendum to vote for the SNP anyway – something the Conservative leader says negates her mandate claims.

Speaking on Sky News about the Conservative’s performance in the election, journalist Adam Boulton brought up the mandate question.

He said: “Nicola Sturgeon is now saying she has a mandate now for a majority of members of this new parliament, set to be from parties supporting another referendum.

“She says Boris Johnson should respect it, what do you say?”

Ms Sturgeon said if the SNP secure a majority she would go ahead and hold a referendum without the approval of Westminster. 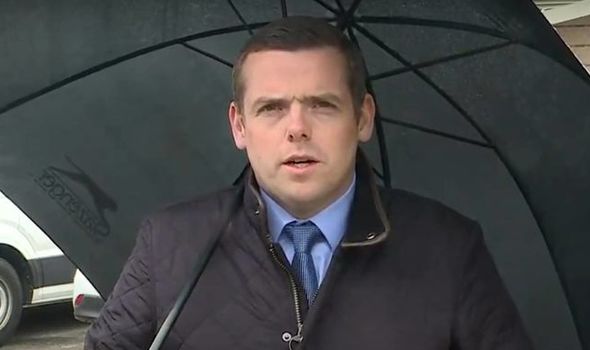 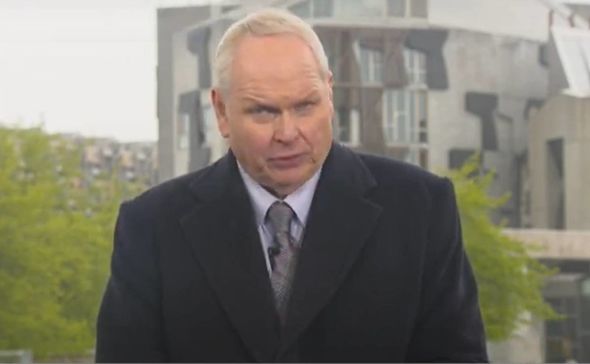 The First Minister also challenged the UK government to take her to court over the decision as welcomed whether she would lose or not.

She believes the action taken by the UK government would look bad on them as they would be challenging a direct democratic decision.

Mr Ross replied to the Sky News host: “Well Nicola Sturgeon was just telling us earlier this week that people could vote for her and the SNP and that wouldn’t be taken as a vote for another independence referendum,

“Certainly for the people who have contacted me, they cannot believe that before the counting has finished and we know the makeup of the next parliament…

Scotland ‘have more power than ever before’ says Eustice 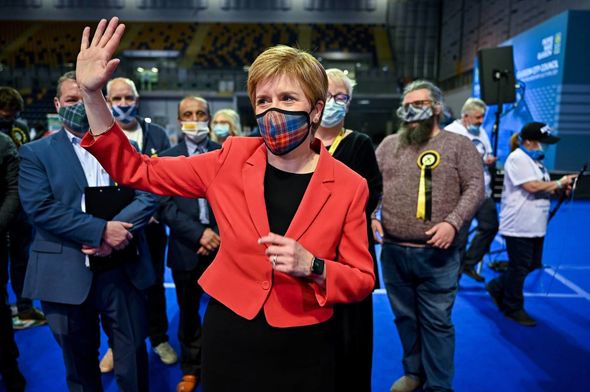 “The SNP are out and loudly shouting for another independence referendum while we’re still in the middle of a health pandemic.

“We’ve got the looming economic crisis and it shows that they were trying to convince people they were not all about independence during the election.

“And as soon as the election is over and even before the votes have been counted they’re back on their number one party priority which is to separate Scotland from the rest of the UK.”

Ms Sturgeon’s constituency seat was one of the first seats to have its result announced with the First Minister comfortably winning with 19,735 votes.

She beat Labour leader Anas Sarwar who was also standing in the constituency who received 9,456.

Both Labour and the Conservatives were standing on manifestos opposing Scottish independence as chose to focus on things like the pandemic and crime instead. 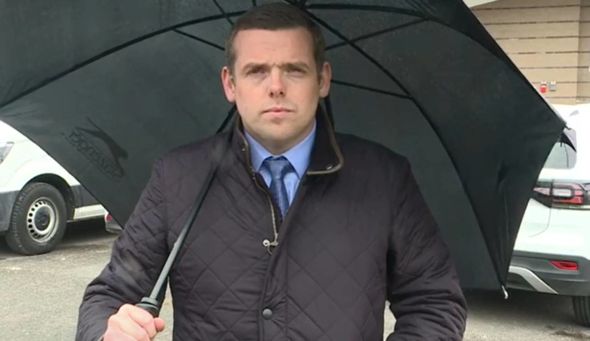 Prime Minister Boris Johnson has already rejected calls for another independence referendum and told the Telegraph: “I think that count is still taking place and we’ll have to see. what happens.

“I listened to the Scottish election carefully. My impression was that [the SNP] moved away from the idea of a referendum, and I think very wisely.

“I don’t think this is anything like the time to have more constitutional wrangling, to be talking about ripping our country apart when actually people want to heal our economy and bounce forward together.”