CHICAGO (Reuters) – Lori Lightfoot, a political newcomer, was elected the first black female mayor of Chicago on Tuesday, defeating opponent Toni Preckwinkle by a landslide in a runoff to take over a city struggling with crime and weak finances. 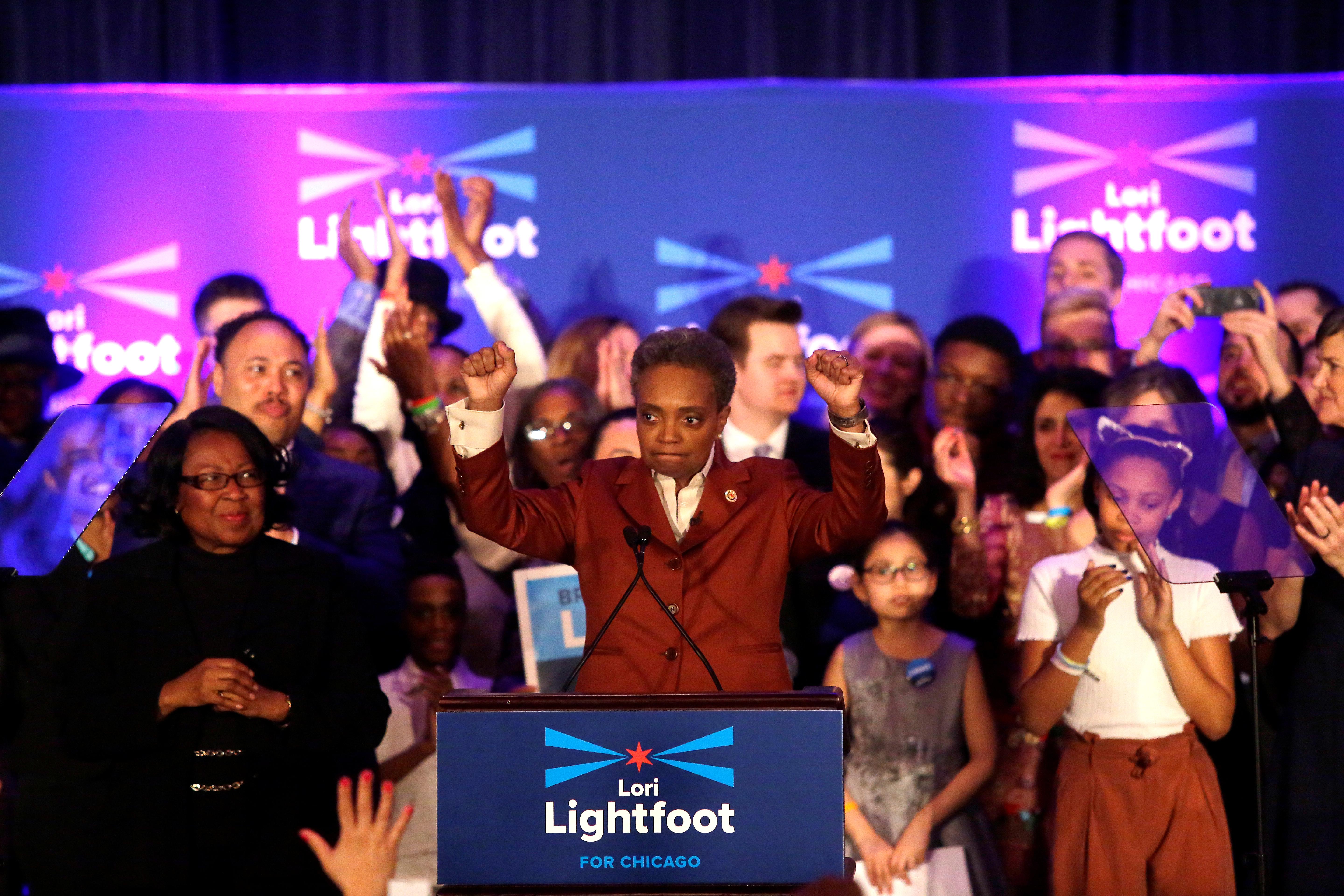 A former federal prosecutor, Lightfoot won 74 percent of the vote with nearly all precincts counted compared with 26 percent for Preckwinkle, a long-time local politician, to become Chicago’s 56th mayor.

Lightfoot, 56, who will also become the first openly gay mayor of the third-largest U.S. city, appealed to voters who are tired of politics as usual. She has never held political office, while Preckwinkle, 72, was a city councilwoman for almost 20 years before becoming Cook County board president in 2010.

“You did more than make history. You created a movement for change,” Lightfoot told hundreds of supporters at her election night party, promising to end corruption and make the city’s streets safe again. “We can and will remake Chicago.”

The runoff between two African-American women was a rarity in the United States, where only 6 percent of mayors in the 200 largest U.S. cities are women of color, according to the Reflective Democracy Campaign.

Lightfoot and Preckwinkle, both Democrats, earned spots on the ballot in the runoff after they garnered the most votes among 14 candidates in a February election. Lightfoot will replace Rahm Emanuel, who did not seek a third term.

“She brings fresh air and is someone I can trust,” Shisha Amabel, a 72-year-old retired social worker who joined supporters at Lightfoot’s celebration at a Michigan Avenue hotel.

“In a city that serves as the hometown for many Black American politicians who have made history, there is another political first,” Booker said on Twitter.

Lightfoot, the former president of independent civilian body the Chicago Police Board, will inherit massive fiscal challenges including a $28 billion unfunded liability for the city’s four retirement systems and escalating annual pension contributions that will top $2 billion in 2023.

A projected $252 million budget deficit for fiscal 2020, which begins Jan. 1, awaits the new mayor, along with expired or expiring labor contracts with police, firefighter and public school teacher unions.

Neither candidate disclosed detailed plans to shore up the city’s sagging finances.

In debates, Lightfoot, a former corporate lawyer, said the city has to demonstrate it can be a “better fiscal steward” before it seeks more revenue.

Lightfoot will take over a city ranked as one of the nation’s most violent. Homicides in Chicago declined by more than a quarter in 2018 from its five-year high of 769 in 2016. But less than one out of five murders were solved in Chicago in the first half of 2018, according to local media.

She will be expected to deliver on a campaign promise to reform the police department currently under court-appointed oversight to address a 2017 Justice Department finding of widespread excessive force and racial bias by officers. 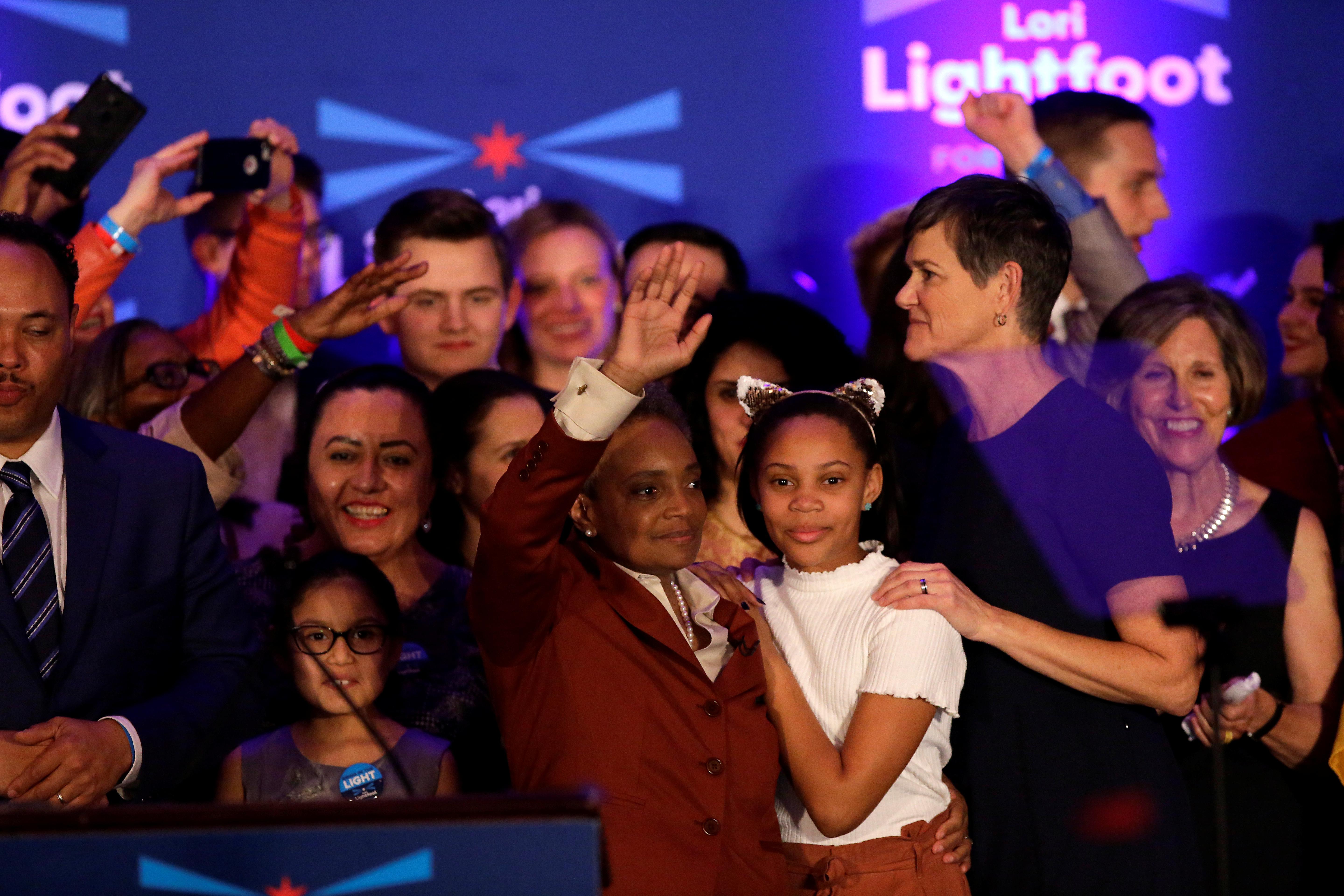 On day one, Lightfoot will also have to find a way to ease tension between the police department and state’s attorney after prosecutors decided to drop charges against actor Jussie Smollett, who was accused of staging a hate crime attack.

“Not long ago, two African-American women vying for this position would have been unthinkable,” she said. “While it may be true that we took different paths to get here, tonight is about the path forward.”

‘Theresa May insults Jeremy Corbyn instead of answering his questions’