Boris Johnson insisted money would be available to help Britons when the crisis is supposed to be at its worst and claimed that would be in October, January and December. Mr Johnson batted down claims that people would have to choose between heating and eating this winter as a Sky News reporter challenged him about the prospect. And he admitted when asked that the Government was not currently doing enough to tackle the crisis.

The Sky News reporter said: “You are the Prime Minister of this country, we are in the midst of a cost of living crisis, surely you have a responsibility to do something to help people.”

Mr Johnson said: “Of course not, you’re completely right and so I think it’s crucial to understand that first of all we realised for a long time that things are going to be tough and that’s why we put in place a lot of measures already.

“The money has started to come through, I think it’s very important for people to understand, most people have not yet received the help that the Government has already allocated. 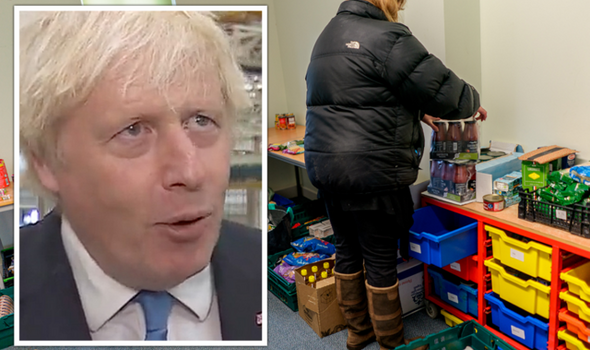 “And that was £400 for… I just think it’s important for… People haven’t seen the money come in and it is coming, ok but let me just finish.

“But there are two key pinch points and there are other funds coming in, £300 to help pensioners in…”

Sky News reporter added: “Are you going to say the choice is heat or eat for millions of people?”

Mr Johnson said: “So there are two… There are two pinch points ahead and they are in October and in the new year in December to January.

Mr Johnson said: “No because what we’re… What I’m saying is what we’re doing in addition, is trying to make sure that by October, by January there is further support.

“And what the Government will be doing… Whoever is the Prime Minister is making sure there is extra cash to help.”