WASHINGTON (Reuters) – CNN filed a lawsuit on Tuesday against the Trump administration over the revocation of press credentials for White House correspondent Jim Acosta, a frequent target of President Donald Trump. 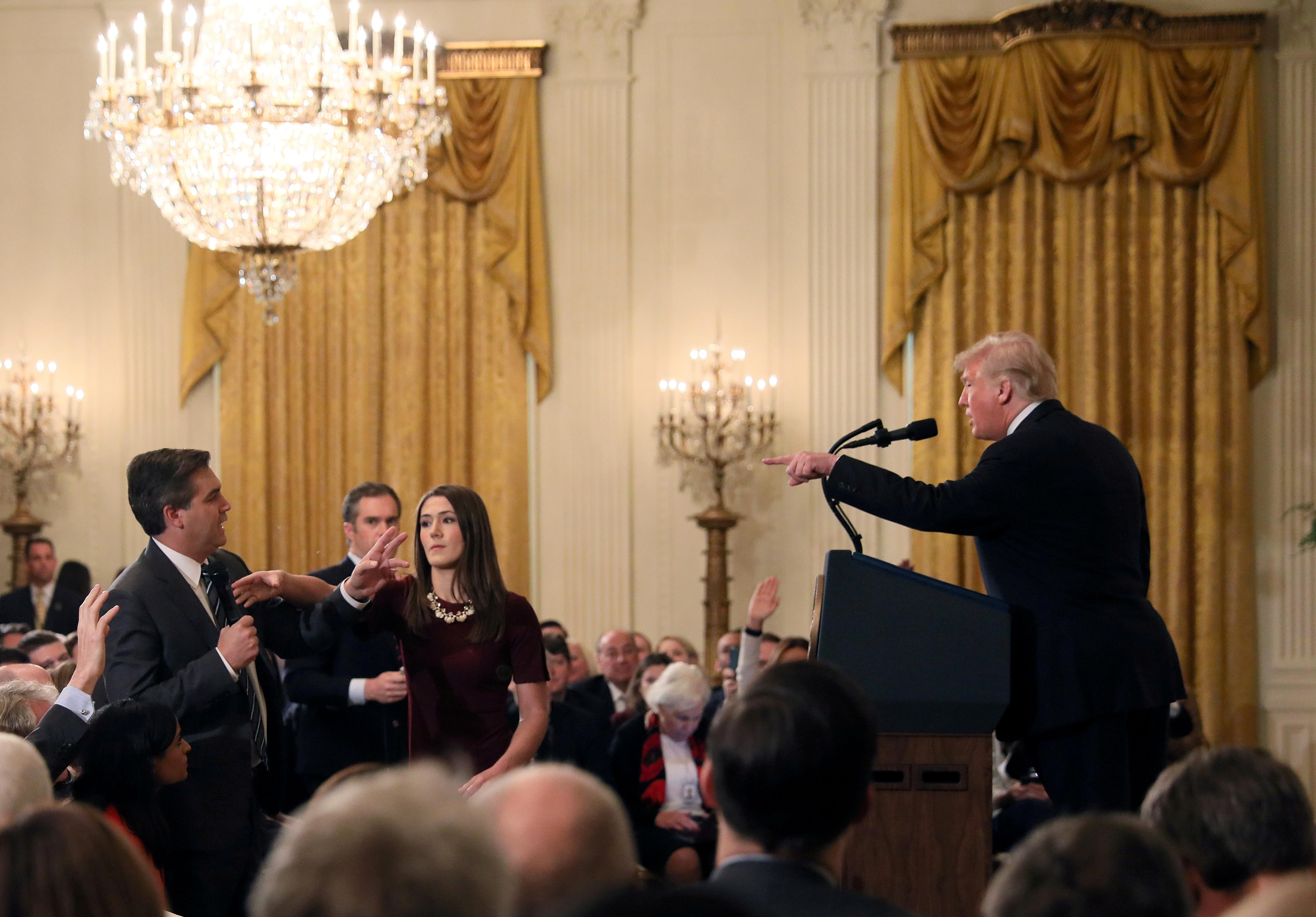 The cable network demanded the return of Acosta’s credentials in the lawsuit filed in U.S. District Court in Washington. It said the White House violated the First Amendment right to free speech as well as the due process clause of the Constitution providing fair treatment through judicial process.

Sarah Sanders, the White House press secretary, dismissed the action as “just more grandstanding from CNN, and we will vigorously defend against this lawsuit.”

The White House revoked Acosta’s credentials last week in an escalation of the Republican president’s attacks on the news media, which he has dubbed the “enemy of the people.”

Trump has steadily intensified his criticism of the reporters who cover him, lashing out with personal jabs in response to questions he does not like, including those about Special Counsel Robert Mueller’s probe of whether his campaign worked with Russia to sway the 2016 presidential election.

CNN, and Acosta in particular, have been regular targets of Trump.

The day after the Nov. 6 congressional election, Trump erupted into anger during a news conference when Acosta questioned him about the Russia probe and a so-called migrant caravan traveling through Mexico.

“That’s enough, that’s enough,” Trump told Acosta last Wednesday, as a White House intern attempted to take the microphone away from Acosta. “You are a rude, terrible person.”

“While the suit is specific to CNN and Acosta, this could have happened to anyone,” CNN said. “If left unchallenged, the actions of the White House would create a dangerous chilling effect for any journalist who covers our elected officials.”

The lawsuit noted that Trump told reporters at the White House on Friday there “could be others also.”

Theodore Boutrous, a lawyer for CNN and Acosta, said the White House was punishing Acosta for the contents of his reporting.

The White House Correspondents Association said revoking Acosta’s credentials was a disproportionate reaction to what happened at the news conference.

“The President of the United States should not be in the business of arbitrarily picking the men and women who cover him,” it said.

U.S. Representative Jerrold Nadler, who is likely to become the Democratic chairman of the House Judiciary Committee in January, supported the CNN lawsuit.

“@CNN is right to fight back against the cynical, unfair, and authoritarian treatment of @Acosta for doing his job,” he said in a Twitter post.