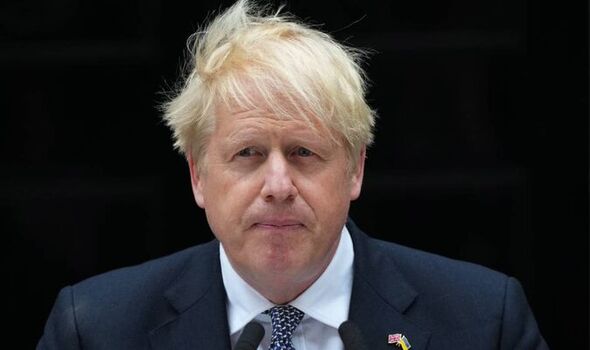 Allies believe that Boris Johnson’s obsession with politics and competitive nature mean he will not be able to rule out a return to the job.

Like many of his predecessors, he has the opportunity to cash in with speaking tours and writing. He is expected to complete a book he is currently writing about William Shakespeare and could command millions of pounds for his Downing Street memoirs.

Andrew Gimson, a biographer of Mr Johnson, said yesterday: “He will be thinking about whether there is any chance of becoming prime minister again.”

Mr Gimson speculated that Mr Johnson could follow past premiers such as Harold Wilson who returned to Downing Street for a second spell after previously losing office.

He told Nicky Campbell on BBC Radio 5 Live: “His successor may turn out to be a very dull and inadequate figure, who knows? It’s very unpredictable but of course he will be thinking about that because he’s very competitive. That’s why he stayed on.”

“He won’t admit he is losing. I once played a cricket match with him and we were losing by a mile. He doesn’t give up and won’t give up now.”

Supportive Tory MP Peter Bone suggested a comeback was “not impossible”, adding: “Certainly in the country the vast majority of Conservative members like the Prime Minister and would not object to the possibility of a comeback.”

But friends were saying yesterday it was “too early to say” whether Mr Johnson will remain as MP for Uxbridge and South Ruislip once he finally leaves No 10.