In more positive news, top medical adviser Jonathan Van-Tam said the “scary” South African variant was unlikely to become the UK’s dominant Covid strain. Yesterday’s daily virus death toll was 333, significantly down from figures of more than 1,000 in recent weeks. Daily cases dropped by a quarter to 14,104. Both Mr Hancock and Professor Van-Tam were cautiously optimistic about the progress. Mr Hancock told yesterday’s Downing Street news conference: “The fewer new cases of coronavirus that we have, the lower the chance of a new variant appearing domestically.

“So the essential message to stay at home, follow the social distancing rules, is our best defence right now.

“For now, the most important thing that you can do is get the jab when the time comes, stay at home, protect the NHS and save lives.”

Mr Hancock said 91 percent of all over-80s and 93 percent of eligible care home residents had been given a Covid jab.

He announced: “We have now, as of today, vaccinated more than 12.2 million people – that’s almost one in four of all adults across the United Kingdom.

“Take-up of the vaccine so far has been significantly better than we hoped for.

“Based on the work we had done before the programme started and looking at the surveys, we knew that the UK had one of the most positive attitudes to vaccine uptake, but even so we thought we would get take-up of around 75 percent.” 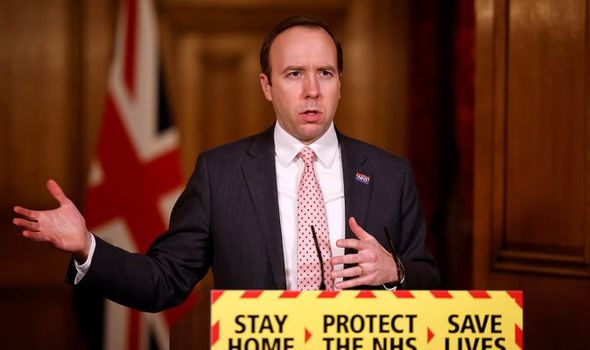 Prof Van-Tam said the South African virus variant was no more easily transmitted than the dominant UK strain. He added the AstraZeneca vaccine was still “rather likely” to have an effect on serious disease among people who contracted it.

“And as I’ve said, I’m not seeing, and the early modelling data do not suggest, a transmissibility advantage for this virus.

“So, that being the case, it’s not going to kind of overrun or overtake the current B1.1.7 virus in the next few months, or that is the most likely scenario, that it won’t happen.”

Prof Van-Tam added: “I don’t think that this is something that we should be concerned about right at this point in time and I agree with you that the stories and the headlines around variant viruses and vaccines area bit scary. And I wish they weren’t.” 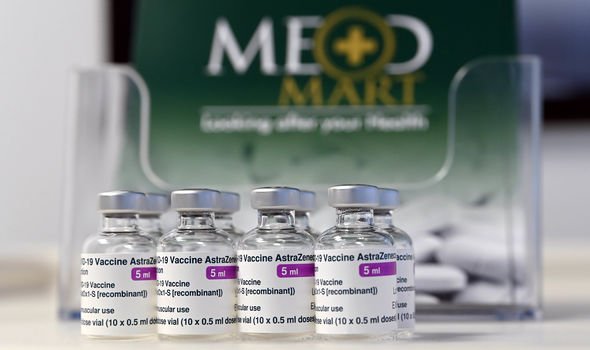 The Department of Health and Social Care said positive cases would be sequenced for genomic data to understand variants and how they are spreading in those areas.

A spokesman said: “People living in this targeted area within these locations are strongly encouraged to take a Covid-19 test this week, whether they are showing symptoms or not.”

Earlier yesterday Boris Johnson said medical science was getting the “upper hand” against the virus, despite fears that the Oxford/AstraZeneca jab may be less effective against the South African variant.

During a visit to a test manufacturing centre in Derby, the Prime Minister said: “We think that all the vaccines that we’re using are effective in stopping serious disease and death. We also think, particularly in the case of the Oxford/AstraZeneca vaccine, that there is good evidence that it is stopping transmission as well.

“I’ve no doubt that vaccines generally are going to offer a way out. With every day that goes by you can see that medicine is slowly getting the upper hand over the disease.” 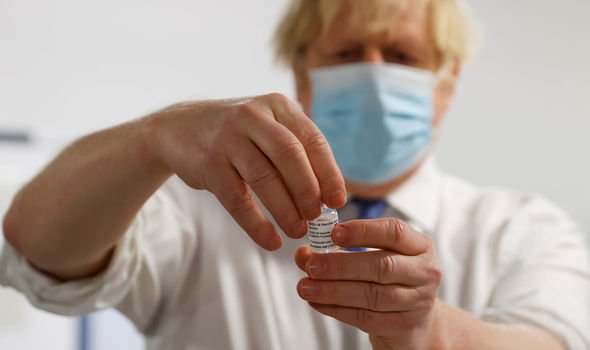 Mr Johnson said the vaccines’ effectiveness would help decide how the UK was going to come out of lockdown.

He added: “We will be continuing to study the results and we will be looking at ways in which the population is starting to respond as we prepare to say what we’re going to do in the week of the 22nd and what kind of road map we want to lay out.”

There has been a lot of concern expressed about reports that the Oxford/ AstraZeneca vaccine may be less effective against the South African variant of coronavirus.

The good news is that the vaccine is still thought to be effective against the more severe forms of disease. Various manufacturers are already well on their way to producing vaccines designed to work effectively against the variant.

Remember, the paper triggering this concern says the vaccine is less effective against the South African variant than it is against previous ones. It is not at all clear that it is any more or less effective than other vaccines.

Right now, what matters most is preventing more serious forms of Covid-19; and it is thought the AstraZeneca vaccine will do this.

If South Africa has large stocks of other vaccines, so they can proceed with their vaccine programme, they can afford to stop using the AstraZeneca jab without risk. 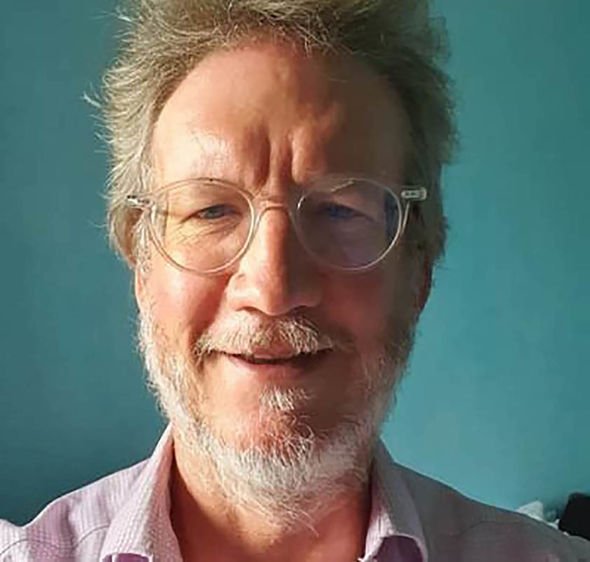 But if not using it holds up their programme, the delays will inevitably mean avoidable deaths and severe cases.

Within months we hope to see availability of new vaccines, tailored to the South African variant.

One uncertainty is how regulators will treat such “tweaked” vaccines.

Will they treat them like seasonal flu? Or will they require full-scale phase III trials before they will approve them?

Requiring a full-scale evaluation process, like a new vaccine, will introduce considerable delays compared to treating them like flu vaccines.

For now, we can have confidence the AstraZeneca vaccine should have a big impact in reducing infections.

Work is already underway to provide vaccines that will work against new variants, if and when they are needed.

• Peter English is a consultant in disease control