Home » Politics » Cummings: Boris resisted lockdown because he thought all of those dying were over 80 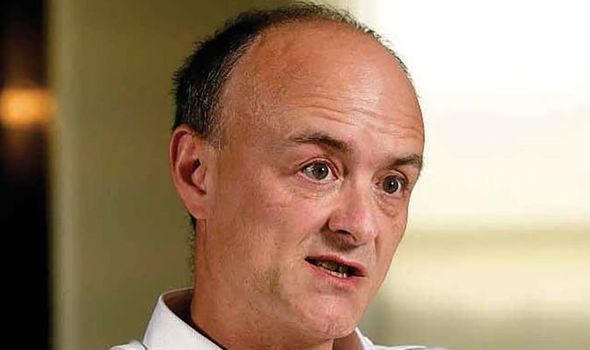 They included one where Mr Johnson apparently said: “We can’t kill the economy just because of people dying over 80.” Another said he “no longer bought this NHS overwhelmed stuff”. Mr Cummings claimed he had to stop the PM going to see the Queen in March 2020 when people in Downing Street had Covid.

In an interview with the BBC, he said Mr Johnson’s attitude in autumn last year was a “weird mix of, er, partly ‘it’s all nonsense and lockdown don’t work anyway and partly, well this is terrible but the people who are dying are essentially all over 80 and we can’t kill the economy just because of people dying over 80’. Lots of people heard the Prime Minister say that. He put his own political interests ahead of people’s lives for sure.”

They said: “I must say I have been slightly rocked by some of the data on covid fatalities. The median age is 82 ‑ 81 for men 85 for women. That is above life expectancy. So get Covid and live longer. Hardly anyone under 60 goes into hospital (4 per cent) and of those virtually all survive. And I no longer buy all this NHS overwhelmed stuff. Folks I think we may need to recalibrate.”

The messages said there were a maximum of three million over 80s, adding “it shows we don’t go for nationwide lockdown”.

The former policy svengali went on to claim the PM said “we should never have done the first lockdown, he said that repeatedly in meetings in Number 10.”

Mr Cummings added that Mr Johnson believed the “whole thing was a disaster, we should never have done it. I was right in February, we should basically just ignore it and just let the thing wash through the country and not destroy the economy and move on.”

He also told the BBC’s Laura Kuenssberg that on March 18 last year he had to stop Mr Johnson going to see the Queen despite telling the public to avoid all unnecessary contact, especially with the elderly.

In response, a Number 10 spokesman said: “Since the start of the pandemic, the Prime Minister has taken the necessary action to protect lives and livelihoods, guided by the best scientific advice.”