Mr Smith invited the prominent Brexiteer to apologise in a Brexit debate in the European Parliament. The SNP politician claimed that Mr Hannan had “repeatedly claimed” that the UK would not leave the EU single market and that EU citizens rights would not be the same after Brexit. He said: “Would he like to apologise for his often-repeated claim that nobody is leaving the single market which he said repeatedly during the Leave campaign and indeed, his subsequent conversion that EU citizens’ rights are not going to be the same. Would he like to apologise for his previous position and set the record straight?”

But the Tory MEP turned the pro-Scottish independence MEP’s argument on its head.

He said: “It’s simply not the case that I’ve repeatedly said that during the election campaign.

“It was a quote from a 2015 interview before the campaign began in which I made very clear – and I’ve stuck to that position all the way through – that I thought the best outcome for us would be a Swiss-type outcome.

“That’s a position that I took before, during and since the campaign.

“I have not changed my position. I wonder whether you, who have made your entire career about demanding a referendum on independence for one part of the UK might consider the hypocrisy of refusing to accept the verdict when the UK as a whole votes for independence.” 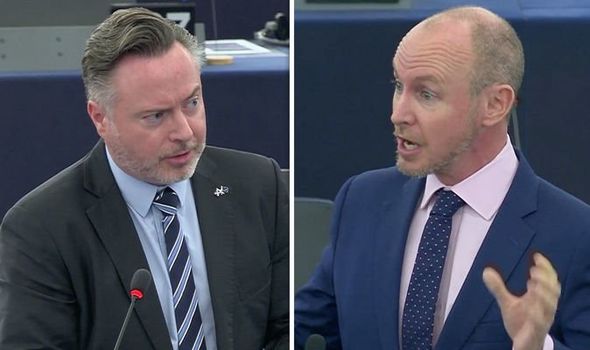 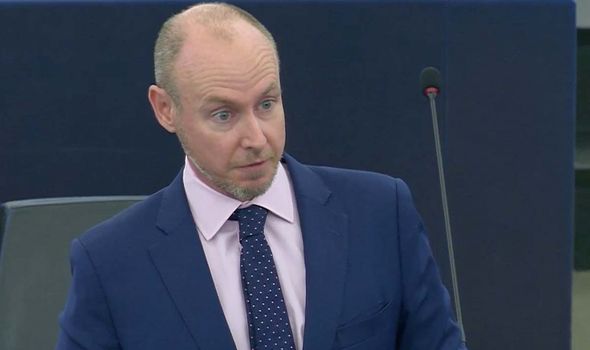 It comes as Prime Minister Boris Johnson last night urged MPs to let the country “move on” from Brexit by backing his bid to rush his EU departure deal through the Commons in just three days.

In an appeal on the eve of a crunch vote on legislation designed to ratify the agreement, the Prime Minister insisted voters did not want any more delays the process of leaving the bloc.

He was hopeful that MPs will today vote in favour of the principle behind the long-awaited EU Withdrawal Agreement Bill as a first step towards completing its Commons scrutiny by Friday.

But backbenchers yesterday hit out at the fast-track process. They could launch an attempt to force many more days of parliamentary debate in a fresh ambush today. 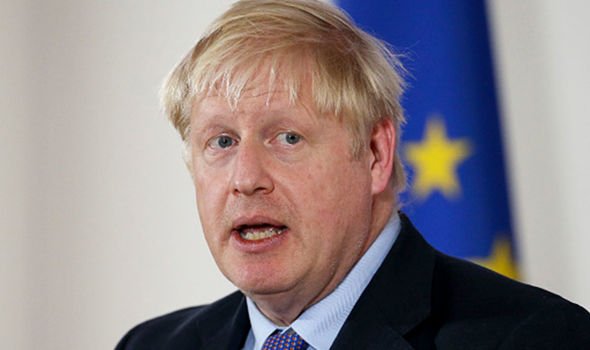 Looking forward to today’s vote, Mr Johnson last night said: “We have negotiated a new deal so that we can leave without disruption and provide a framework for a new relationship based on free trade and friendly cooperation.

“We are leaving the European Union but we will always be European.”

“The public doesn’t want any more delays, neither do other European leaders and neither do I. Let’s get Brexit done on October 31 and move on.”

Coronavirus: Around half of primary schools reopened as lockdown eased, figures show