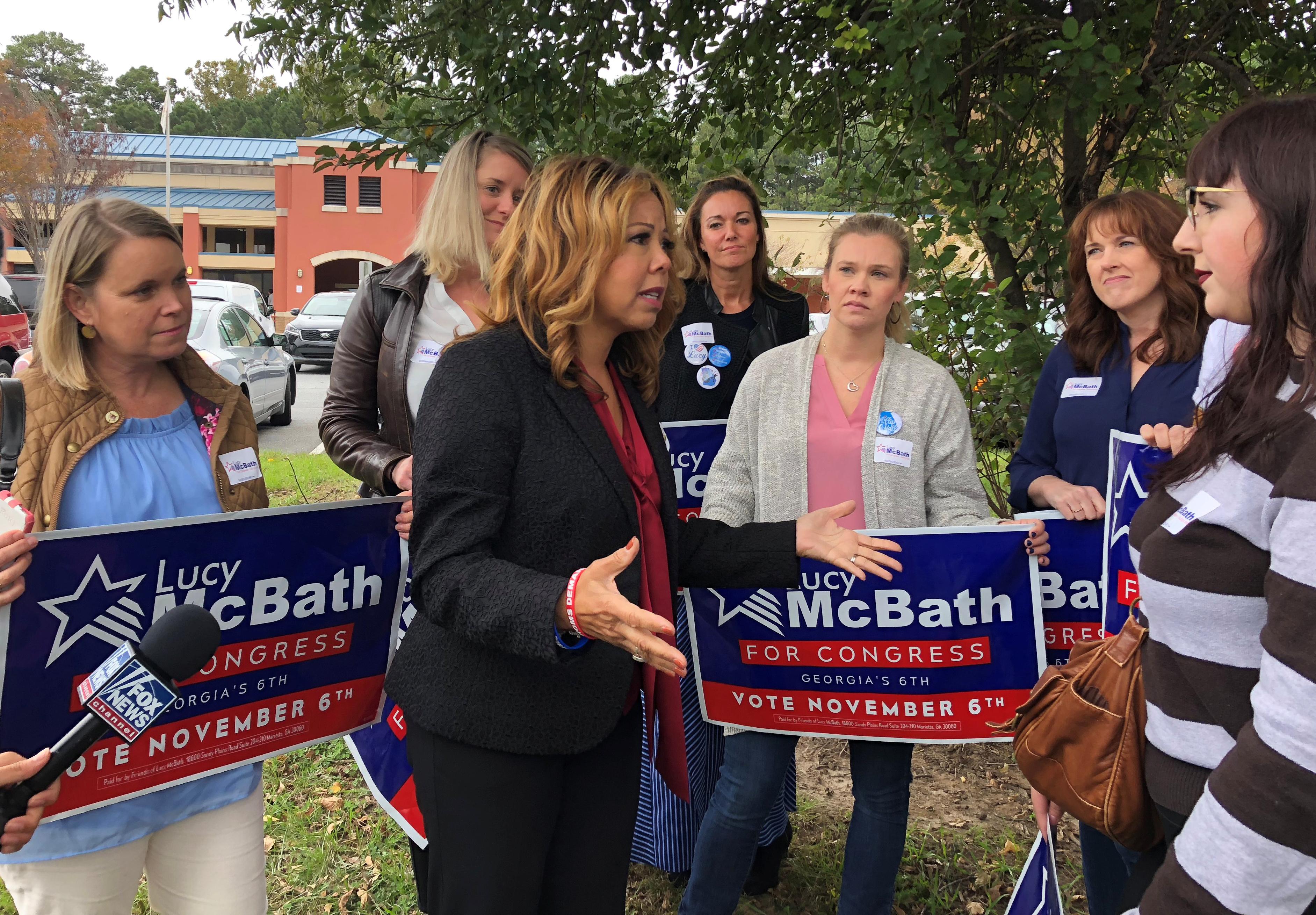 WASHINGTON (Reuters) – Democrat and gun-control advocate Lucy McBath defeated Republican U.S. Representative Karen Handel in a congressional race in Georgia, racking up another seat for Democrats who won control of the House of Representative in Tuesday’s elections.

The closely fought race in Georgia’s Sixth Congressional District was one of 10 House races remaining to be decided.

“This win is just the beginning. We’ve sent a strong message to the entire country,” McBath said on Twitter on Thursday morning. “Absolutely nothing – no politician & no special interest – is more powerful than a mother on a mission.”

McBath’s son, 17-year-old Jordan Davis, was a black teenager killed when a white man fired 10 rounds at a vehicle carrying four teens in a Jacksonville gas station parking lot in November 2012. The gunman complained that he and his friends were playing music too loudly in their car.

Her son’s death propelled McBath, a former flight attendant, to become a gun-control advocate and ultimately to run for office.

Handel became the first Republican woman to represent Georgia in the U.S. Congress in 2017. She conceded early on Thursday.

“After carefully reviewing all of the election results data, it is clear that I came up a bit short on Tuesday,” Handel wrote in a Facebook post as she congratulated McBath.

While they lost control of the House in Tuesday’s elections, President Donald Trump’s fellow Republicans increased their majority in the Senate.