WASHINGTON (Reuters) – U.S. House of Representatives Democratic Leader Nancy Pelosi on Friday drew a tough line against a small band of Democrats opposing her planned return to the speaker’s job next year, saying she would not agree to step down early to win their support. 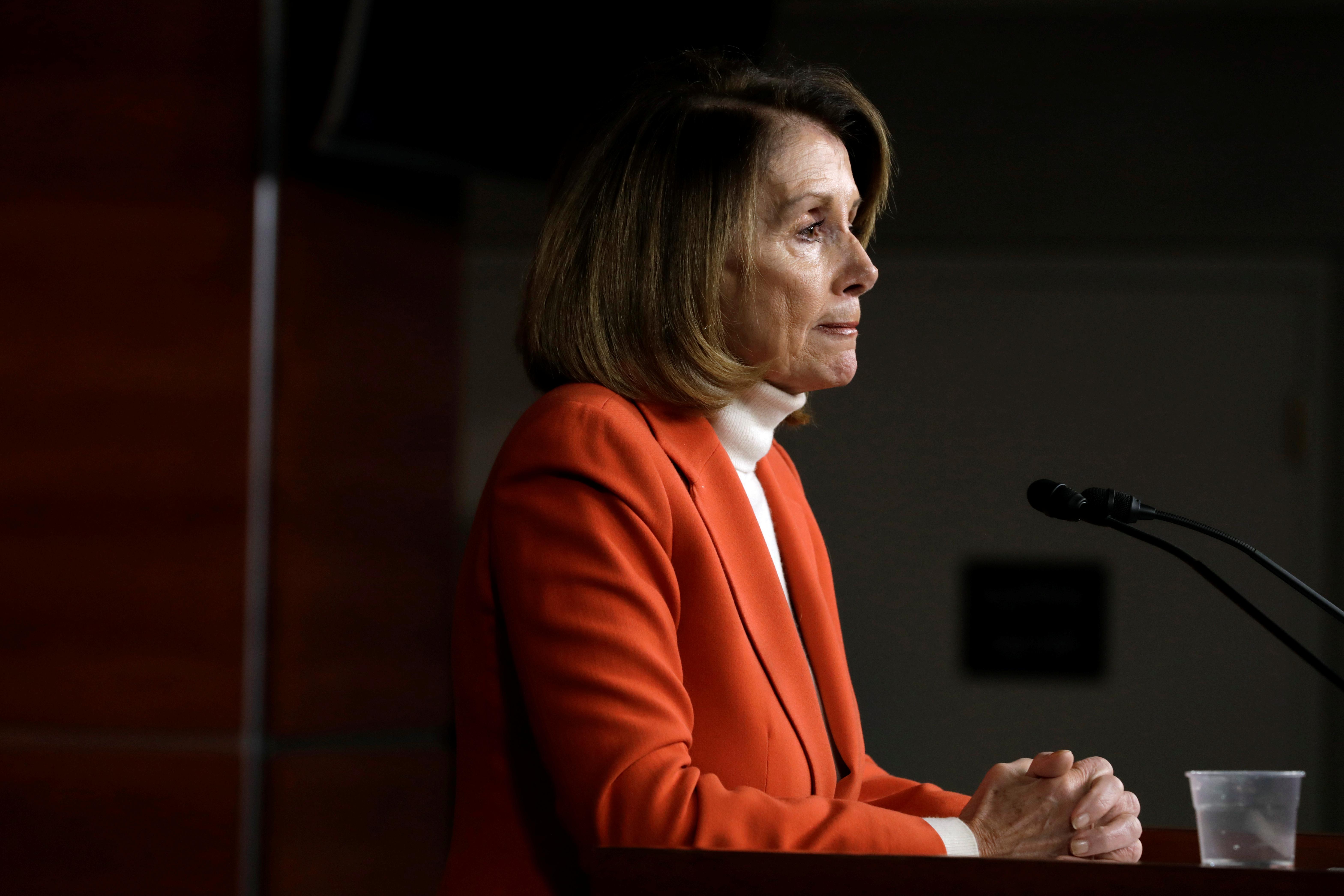 “I don’t think…that they should be putting timelines on a woman speaker,” Pelosi told reporters in a Capitol hallway.

Pelosi, 78, made history as the first woman speaker, holding the top spot from 2007 to 2011. With Democrats winning back a majority in the House in Nov. 6 elections, Pelosi is campaigning to return to the job and won the nomination in a 203-32 vote of House Democrats on Wednesday.

She still must be elected by the full House on Jan. 3, when Democrats and Republicans will vote for speaker. She will need about 218 votes and probably will have to flip roughly 17 of the Democrats who opposed her.

Some Pelosi opponents want her to say when she will turn over the reins to the next generation of leaders, suggesting they might support her if she would spell out a plan for serving less than a full two-year term. She has led House Democrats either in the minority or majority for 16 years.

A spokeswoman for Representative Ed Perlmutter said he is in “active conversations” with Pelosi. Ashley Verville said he will only lend his support if there is an agreement on a transition.

Pelosi was asked by a reporter whether there was any way to compromise between those who want a transition plan and her resistance to putting an expiration date on her speakership.

“Between saying when I’m going to retire or not? I don’t think so,” she replied.

Pelosi has been cutting deals with a number of lawmakers to try to lock down votes and has expressed confidence of victory.

The hard-core opposition to Pelosi initially came from 16 members who signed a letter against her. She has picked off one lawmaker and another says he could be persuaded. But other known Pelosi opponents did not sign the letter.

A former House Republican leadership aide predicted Pelosi will prevail in January by continuing to “make deals and grind down and divide her opposition until she has the votes.”

The former aide, a veteran of past elections for the House speaker, noted Pelosi had no Democratic opponent. “The House has to have a speaker in order to function. You can’t beat someone with no one.”

Who is Martha McSally? Former fighter pilot in Senate reveals her rape