The former Shadow Home Secretary lashed out at Met Commissioner Dame Cressida Dick amid a row over how the vigil to commemorate the death of Sarah Everard was policed by her officers. Large crowds had gathered in Clapham Common in South London on Saturday to lay flowers and candles to remember the 33-year-old. Ugly scenes erupted when police moved to break up the gathering leading Ms Abbot to tell Sky’s Sophie Ridge on Sunday that the Met boss had “questions to answer.”

Asked whether Commissioner Dame Dick should be sacked the Jeremy Corbyn ally told the programme: “It was Cressida Dick and people at Scotland Yard that insisted on banning it altogether.

“When everybody knew people would turn up anyway, so she does have questions to answer.”

She added: “If she goes we would hope she is replaced by somebody better.

“Someone with a much less heavy-handed approach to public order issues.” 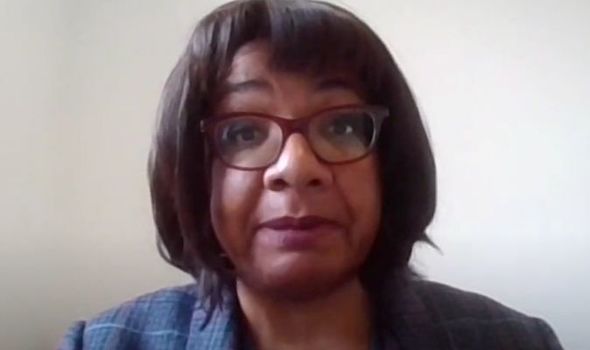 The right to bare arms: Women in B.C. legislature fight for changes to ‘outdated’ dress code