WASHINGTON (Reuters) – Tempers boiled over in the U.S. Senate on Monday as lawmakers moved toward another vote on a far-reaching coronavirus economic stimulus package even though Republicans and Democrats said they were still at odds over details that had stalled the package over the weekend. Both sides said they were close to an agreement on the massive bill, which Treasury Secretary Steven Mnuchin said carried a $2 trillion price tag. But they remained at odds over provisions to help businesses, as well as the amount of money to provide to hospitals and state and local governments.

Senate Majority Leader Mitch McConnell and several other Republicans angrily accused Democrats of trying to take advantage of the crisis to advance their political agenda with unrelated provisions. McConnell said the Senate, controlled by President Donald Trump’s fellow Republicans, would hold another procedural vote on the package after it fell short on Sunday.

“This is not a juicy political opportunity. This is a national emergency,” McConnell said as the Senate opened its session.

“Our goal is to reach a deal today and we’re hopeful, even confident that we will meet that goal,” Schumer said. He said the upcoming vote would be “irrelevant” if negotiations were not complete.

“The country is burning and your side wants to play political games,” Thune said.

Mnuchin said the two sides made progress on Monday morning.

“We knocked off a bunch of things on the list already and we’re closing in on issues,” Mnuchin told reporters after exiting Schumer’s office. He did not give specifics.

U.S. stocks fell on Monday as the coronavirus forced more U.S. states into lockdown, eclipsing optimism from an unprecedented round of policy easing by the Federal Reserve.

The bill represents a third effort by Congress to blunt the economic toll of the pandemic that has killed at least 428 people in the United States and sickened more than 34,000, leading state governors to order nearly a third of the nation’s population to stay at home and putting much business activity on hold.

Republicans said Democrats were seeking to add unrelated provisions, such as expanded tax credits for wind and solar power and increased leverage for labor unions.

Democrats said Republicans were also trying to add provisions that would exclude nonprofit groups from receiving small-business aid, and extend a sexual abstinence-education program that is due to expire in May. 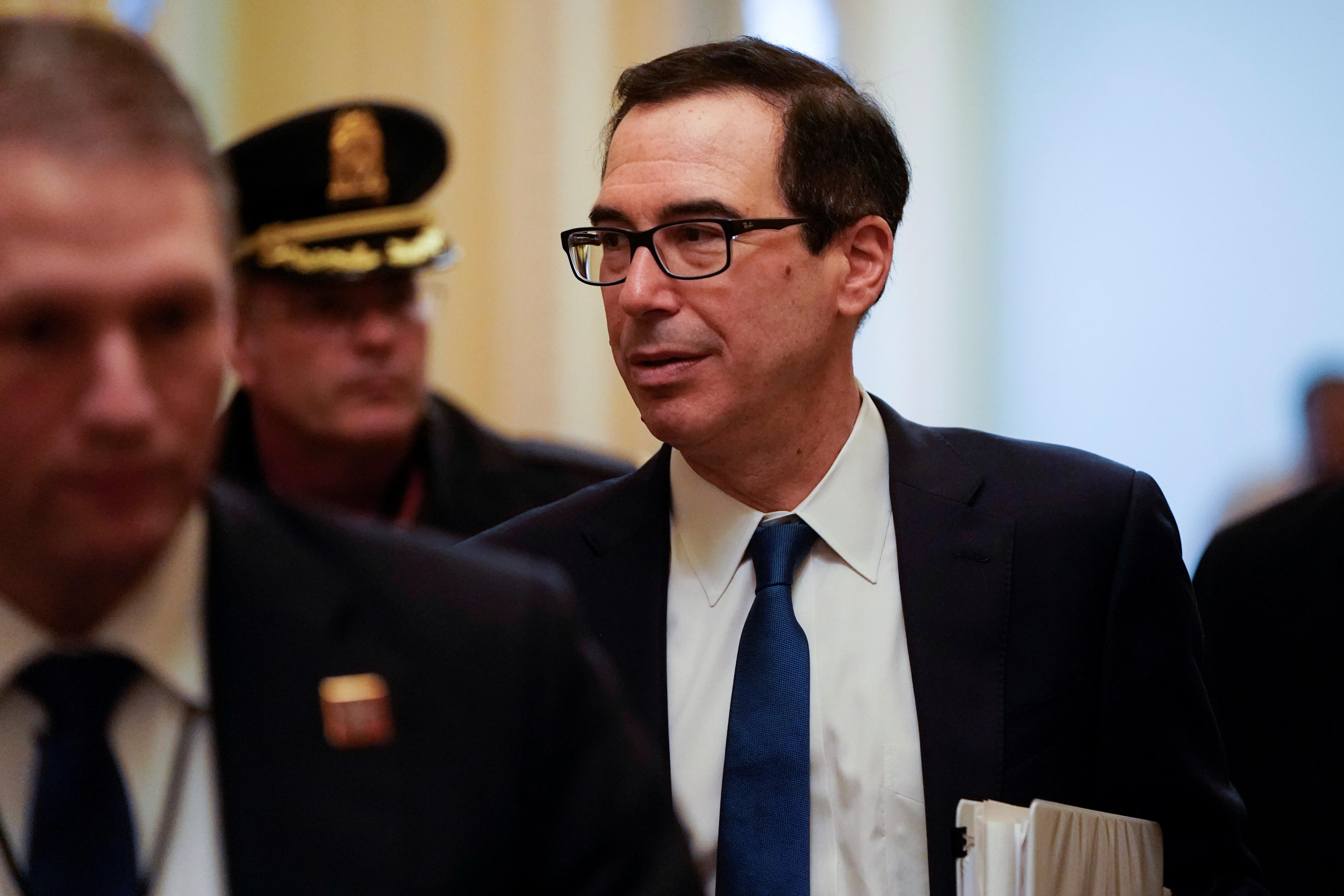 The speaker of the House of Representatives, Nancy Pelosi, released her own version, which would add billions of dollars to help states conduct elections by mail.

Republicans normally hold a slim 53-47 majority in the chamber, short of the 60 votes they need to advance most legislation.

But the coronavirus threat has affected their ranks. Republican Senator Rand Paul said he tested positive for the virus on Sunday, and several others have self-quarantined as a precautionary measure. Republicans only mustered 47 votes in a procedural vote on Sunday.

How Many Candidates Is Too Many?

Biden: Racism in US is institutional, ‘white man’s problem’