The Minister for the Cabinet Office and Chancellor of the Duchy of Lancaster addressed MPs in the Commons on Thursday to update the House on all matters Brexit and coronavirus-related. But when confronted by SNP MPs in the House on the strength of the Union, Michael Gove was forced to shut all calls for an independent Scotland in a fiery outburst. SNP MP Tommy Sheppard (Edinburgh East) asked whether the Cabinet Office undertakes opinion polling in Scotland into attitudes towards the Union and if the Government would publish the research “since it is paid for by the taxpayer”.

Responding, Cabinet Office minister Michael Gove said: “It is the case that Government does undertake research and that research reinforces to us the vital importance of serving every part of the United Kingdom effectively.

“The research that we undertake, for example, reveals that across the UK people believe that it’s vitally important that governments work together in order to deal with the current COVID pandemic and I think it is important that the good co-operation we’ve recently enjoyed with the Scottish Government continues.”

SNP MP David Linden (Glasgow East) asked how much money had been spent on the polling, adding that Mr Gove was behaving like a “slippery fish” in avoiding the question.

He said:: “Given that all public polling show that there’s an increase in support for Scottish independence, isn’t it correct that support for the Union is actually pretty weak at the moment and it’s only a matter of time before Scotland becomes and independent country?”

But Mr Gove hit back: “Talking about fish, slippery or otherwise, one of the benefits of leaving the European Union is that we’re taking back control of our territorial waters.

“And as a result, as the Scottish Government pointed out, it will be the case that there will be hundreds of thousands of new jobs and millions of pounds of investments in the north-east of Scotland as a result of leaving the European Union. 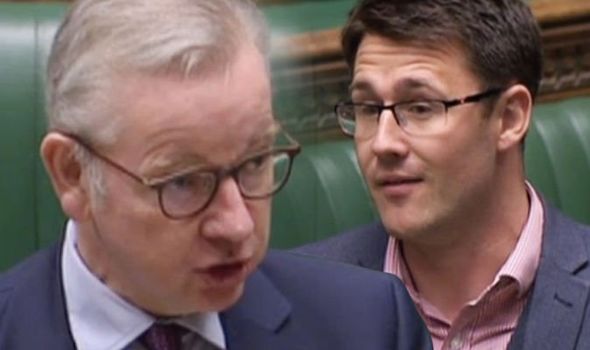 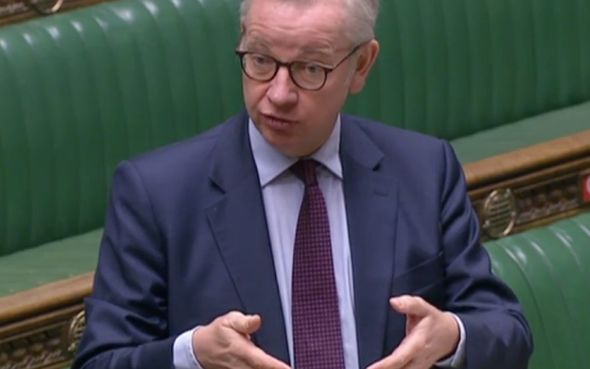 “And I don’t think we need any opinion polling to tell us that that is a Brexit boost for the north-east.

“These are facts and facts are chiefs that wanna ding. And so therefore I think that’s a ding dong for the Union.”

On Wednesday, SNP Westminster leader Ian Blackford claimed people of Scotland have “no trust” in Boris Johnson or his Government.

Mr Blackford condemned the Internal Market Bill, describing it as the “biggest attack on our Scottish Parliament in the history of devolution”.

Mr Johnson responded that the Bill “gives power back to Scotland” as he announced a lifting of the ban on British beef in America.

Speaking in the Commons during Prime Minister’s Questions, Mr Blackford asked the Prime Minister: “Why does he think the people of Scotland have no trust in him or his Government?”

He added: “Yesterday the Scottish social attitudes survey revealed that just 15% of people trust the UK Government to work in Scotland’s interests. Last night Scotland’s MPs voted overwhelmingly against the Tory ‘power grab bill’ but the Prime Minister forced it through anyway, in the biggest attack on our Scottish Parliament in the history of devolution.”

Mr Johnson replied: “I’m afraid that he’s completely wrong in what he says about the Internal Market Bill, and perhaps the people of Scotland deserve to hear a clearer account of what it does from him.

“After all, this Bill devolves – which is I believe is supported by the leader of the Opposition – power back down to, back to, Scotland, gives power back to Scotland. Enables Scotland not just to take back control of Scotland’s spectacular fisheries, but also opens markets for Scottish agriculture around the world.

“I may tell the House today is a historic day because, after 23 years in which every successive government has failed, this Government has managed to lift the ban on British beef in America and Scottish beef will be going to the US, thanks to the efforts of the British Government.”

Mr Blackford asked if the Prime Minister would withdraw the Internal Market Bill or “force it through against our wishes”.

He said: “A Tory Government that casually and arrogantly breaks international law and breaks devolution has shattered any remaining trust in this broken Westminster system.

“Last night was a defining moment. If this attack on devolution fails to gain the consent of the devolved parliaments in Wales, Northern Ireland and Scotland, will the Prime Minister withdraw this legislation, or will he force it through against our wishes?

“Isn’t the Prime Minister demonstrating, yet again, that the only way to defend our Parliament and its powers is by Scotland becoming an independent country?”

Mr Johnson replied: “(He) demonstrates once again that his ambition is simply to ferment grievance where no grievance should exist. All this Bill does, actually, is devolve power back from Brussels to Edinburgh, it gives powers back to Edinburgh, which he should welcome.

“But, more importantly than the powers, the people of this country aren’t really interested in wrangling between… what this Bill does is it protects jobs, it protects growth, it protects trade in the UK, and that is the most important thing and that’s why he should support it.”

COVID crisis in the arts: Will the show go on?
Asia

Malaysia logs 847 Covid-19 cases, fatalities breach 200
We and our partners use cookies on this site to improve our service, perform analytics, personalize advertising, measure advertising performance, and remember website preferences.Ok