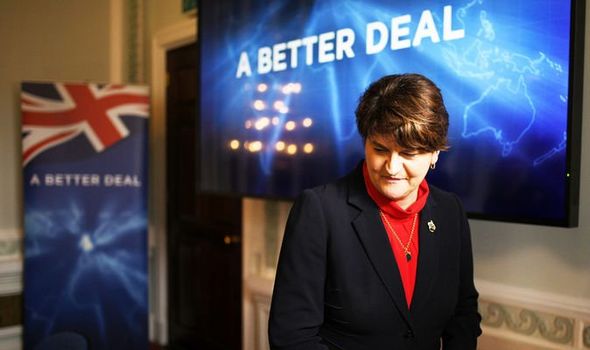 The Northern Ireland party, which props up Mrs May’s Conservative Government, just announced they will make a statement to the UK immediately after the embattled Prime Minister addresses MPs at 5pm. BBC political producer Liz Rawlings confirmed the shock news in a tweet that read simply: “Expecting a DUP statement at 6pm”. It is not yet known what the DUP will say in their statement, though it comes a a time when Mrs May is battling to both gather support for her controversial Brexit deal while at the same time struggling to keep her job amidst a Cabinet coup to oust her. Michael Gove is being touted as the new leader.

In a statement, the DUP confirmed they will be making an announcement adding the party has no planned press appearances later.

Mrs May is continuing to gather support for her deal, which ties the UK to the EU customs union, single market and does not guarantee the hard border in Ireland will not be used by the bloc.

Recently, hardline Brexiteer Jacob Rees-Mogg announced he will support her deal for fear of Brexit not happening otherwise. 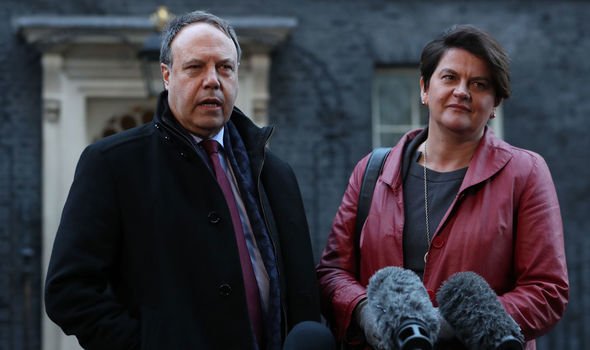 Boris Johnson, who campaigned endlessly for Brexit with Mr Gove, hinted he could follow suit and support it also.

Tonight, the Brexit mayhem continues in yet another round of votes, with House of Commons Speaker John Bercow selecting an amendment that will give MPs a say on a second referendum in the latest blow for Mrs May and Brexit voters alike.

Ministers voted 331 to 287 – a majority of 44 – to hold the ‘indicative votes’ process in the House of Commons this evening. 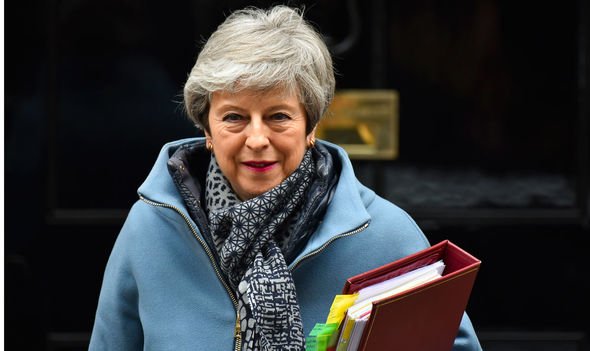 Commons Speaker Mr Bercow then chose eight options to be voted on by MPs, one of which is a motion tabled by Labour MP Dame Margaret Beckett, which states any withdrawal agreement must be put to the public in a “confirmatory” second referendum.

Other motions include leaving the EU without a Brexit deal on April 12, a permanent customs union including alignment with the single market on future EU rights and regulations, and revoking Article 50 if a no deal Brexit is explicitly approved by MPs a day before Britain is set to leave the bloc.

Earlier, Mrs May appeared to cave into Remainers’ demands in their bid for a soft Brexit as it emerged Tory MPs would be granted a free vote in tonight’s indicative votes.

House Democrats Target Ivanka Trump (but Through a Side Door)