Former ambassador Christopher Meyer argued French President Emmanuel Macron has misunderstood the row over the Northern Ireland Protocol. It comes as the UK and EU have been embroiled in a spat over the implementation of the new rules which came into force at the start of the year. Ahead of the G7 meeting this weekend, Mr Macron fired a warning shot to the UK insisting the Brexit deal could not be renegotiated.

But, speaking on Sky News, Mr Meyer explained the UK does not want a new Northern Ireland Protocol but wants to fix how it is being implemented as concerns over trade boil over.

Ahead of the G7 Summit, Mr Macron said: “I think this is not serious – to want to have another look at something in July that was finalised in December after years of discussions and work.

“We have a protocol and if after six months you say we cannot respect what was negotiated, then that says nothing can be respected. 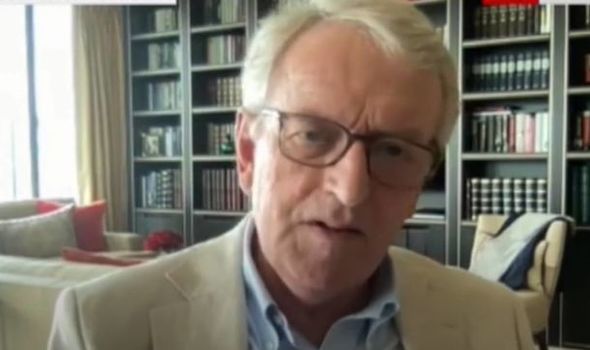 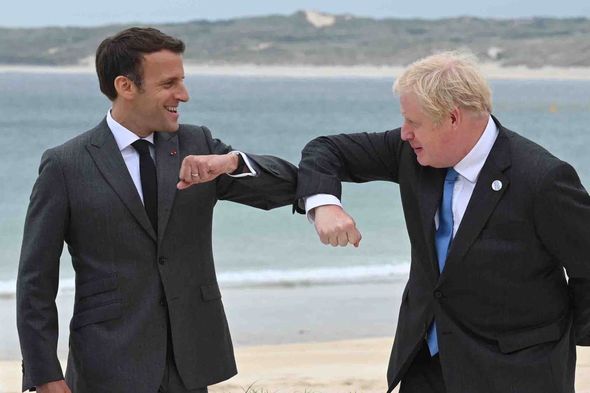 “Nothing is negotiable. Everything is applicable.”

But Mr Meyer suggested Mr Macron was confused as to what the issue was.

He told Sky News: “Having read President Macron’s somewhat extreme statement before he arrived in Cornwall about the British and Northern Ireland. 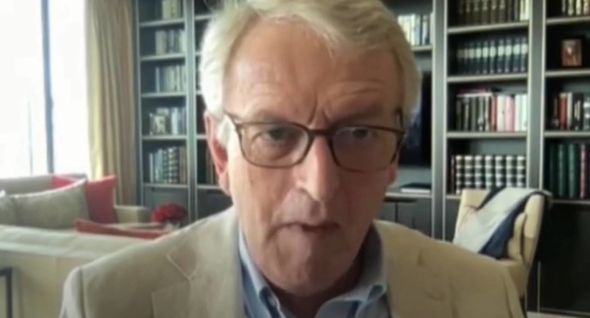 “He is very much tilted at a straw man because he said ‘we want to renegotiate the agreement only a few months after it has been ratified’.

“We’re not arguing about renegotiation, we’re talking about how the blinking protocol is implemented.

“And if we can focus on that pragmatic and practical point and away from the purism of the thousands of lawyers who infest the European Commission…we might actually make some progress.” 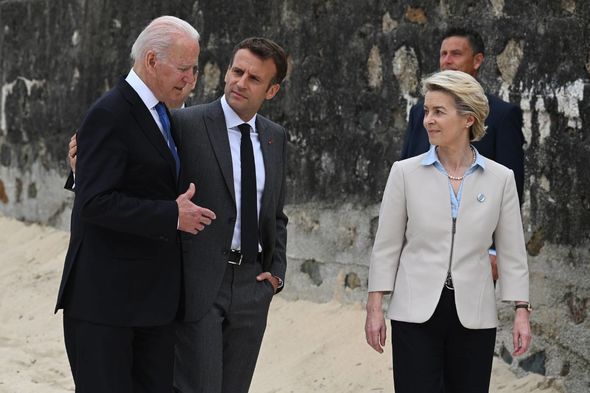 Northern Ireland remains partially in the EU customs union meaning some goods entering from Great Britain are subject to EU checks as if they were entering the bloc.

The Protocol was introduced as a way to avoid a hard border between Ireland and Northern Ireland, honouring the Good Friday Agreement.

But new paperwork and rules have made it difficult for hauliers and businesses to keep up, with Cabinet Minister Michael Gove leading discussions with the EU on the subject earlier this year.

The UK is still seeking extensions to grace periods to allow businesses to adapt but meetings between the UK and EU have failed to materialise any agreements.

The UK government has stated it will not rule out using Article 16 to suspend parts of the Protocol to allow businesses to move freely across Northern Ireland and Great Britain.

Get over it, Joe! ‘Woke’ Biden told to drop Irish history obsession after swipe at ‘Brits’

The Gerrymander Battles Loom, as G.O.P. Looks to Press Its Advantage