Boris Johnson urged by Habib to 'stop negotiating' with EU

According to the EU’s website, the Conference on the Future of Europe is an “opportunity to speak up, to say what kind of Europe you want to live in, to help shape our future”. The conference is arranged by the European Parliament, the Council, and the European Commission. Its stated aims are “to listen to Europeans and to follow up, within their sphere of competencies, on the recommendations made”.

Today MEP Verhofstadt tweeted: “The Conference on the Future of Europe is open for business!

“With the new digital platform, everyone can now share ideas and comments, organise and attend events. 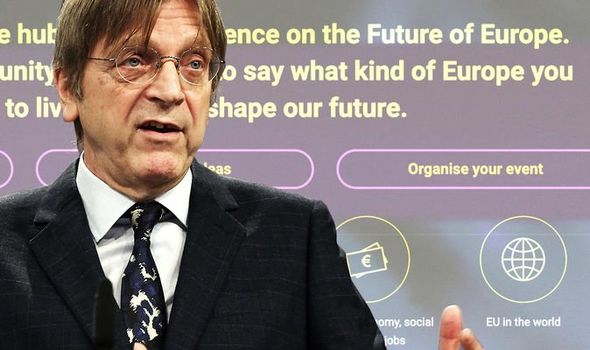 “The Future Is Yours”.

But the Eurocrat was attacked following his remark.

One Twitter follower said: “The illusion of having Influence will only fool so many people.”

Another follower of Mr Verhifstadt said: “The only democratically viable future for Europe is a union of fully sovereign member-states. 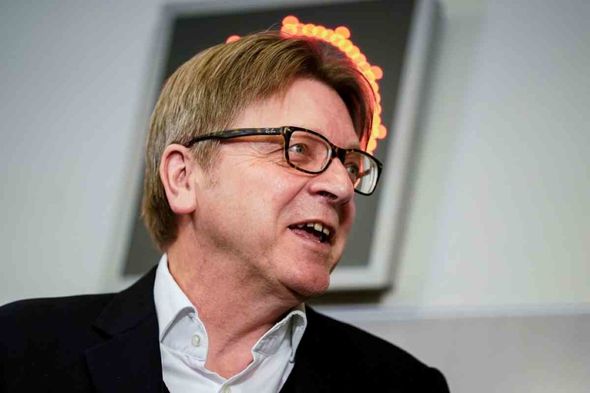 “Not ‘one’ European ‘superstate’ with totally undemocratically non-elected so-called ‘leaders’.”

And another commentator said that the conference would be a “total waste of time and taxpayers’ money”.

They claimed it would be composed of “EU propaganda trying to make citizens think they have a say on the direction of Europe”.

They added: “The reality will be the opposite with citizens having no real input and nothing will change. 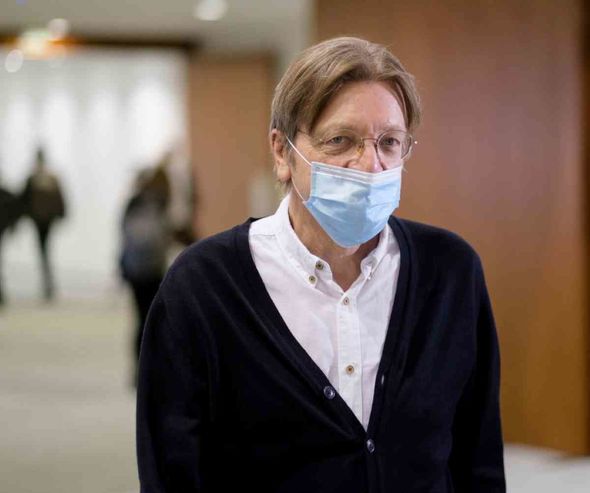 “Hopefully your citizens can see through your lies.”

Mr Verhofstadt is on the executive board that is leading the conference.

He will be supported by Member of the European Parliament, Ms Ana Paula Zacarias, Secretary of State for EU Affairs for the Portuguese Council Presidency, and Ms Dubravka Šuica, Vice-President of the European Commission in charge of Democracy and Demography.

According to the conference’s website this executive board that Mr Verhofstadt is co-chairing “is responsible for taking decisions by consensus regarding the works of the Conference”.

The conference’s website also said the executive board would be “preparing the meetings of the Conference Plenary, including citizens’ input and their follow up”.