German MEP David McAllister took aim at UK Prime Minister Boris Johnson during the EU plenary session discussing the UK and EU’s future relationship. Mr McAllister outlined the three most important elements of the new relationship. He insisted the Customs union must be maintained, no third country should have the same rights and benefits as a member state and the UK must agree to a level playing field.

Mr McAllister also used his brief two-minute speech to issue a warning to Boris Johnson regarding the level playing field.

“Firstly, the integrity and correct functioning of our internal market, the Customs union, and its freedoms must be maintained.

“Secondly, a third country can not have the same rights and benefits as a member state of the EU. 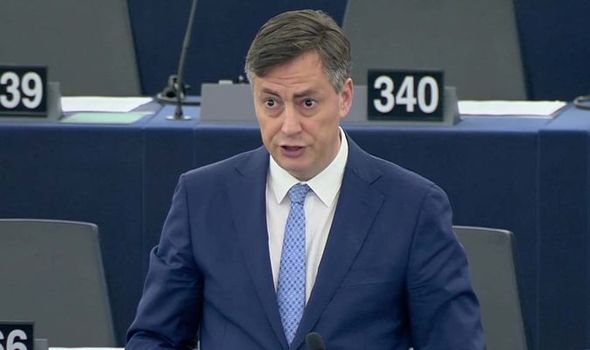 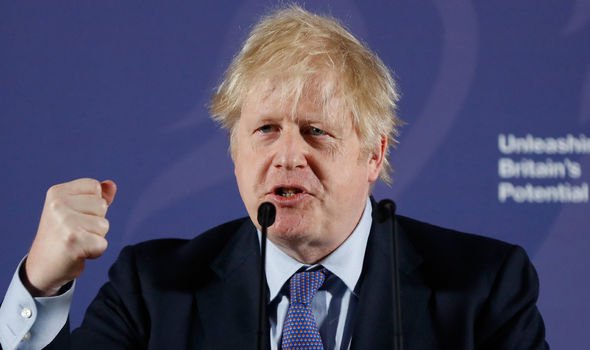 “Thirdly, a level playing field is an overall priority and precondition for any future agreement.

“We should not and will not enter a race to the bottom.”

Critics of the EU’s stance have argued the European Union want the UK to agree to the level playing field to prevent the UK undercutting the single market and becoming too prosperous.

The German MEP then reemphasised the President of the European Commission Ursula von der Leyen’s point that the EU UK relationship should be ambitious. 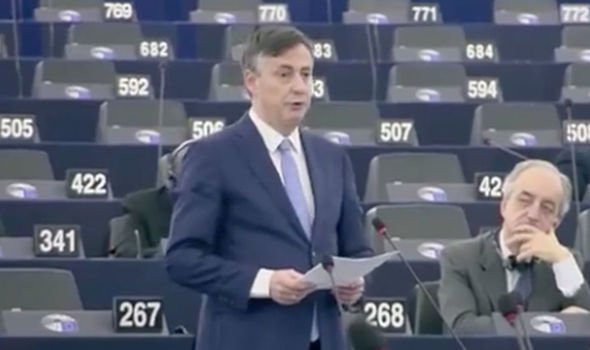 He continued: “Together with our British friends we should aim for a partnership that goes well beyond trade and is unprecedented in scope.”

Mr McAllister listed areas he hopes the UK and EU could collaborate on beyond trade.

He insisted the new relationship should see the pair cooperating on “everything from climate change to data protection.”

He closed by saying: “The EU is indeed ready to design a new partnership with zero tariffs, zero quotas and zero dumpings.

“However, a free trade agreement with the UK will not be equivalent to frictionless trade.” 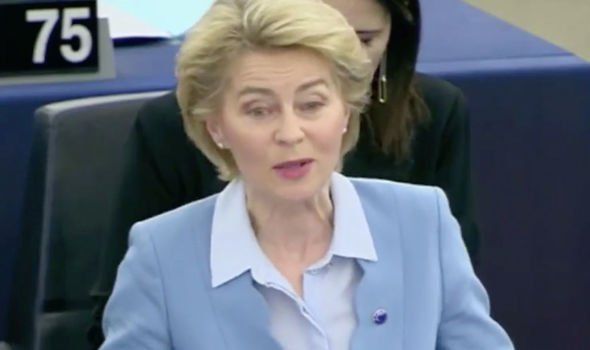 The warning from the German MEP was echoed by Ms von der Leyen earlier in the plenary session.

The European Commission President voiced concerns over the Prime Minister’s move towards an “Australia-style” deal in order to avoid EU’s so-called “level-playing field” demands on rules and standards.

She said it would be a British choice to pursue a fresh no-deal scenario and revert to World Trade Organisation terms.

Ms von der Leyen closed by insisting the EU would be prepared for a no deal scenario and said: “We are currently trading on WTO terms with Australia. And if this is the British choice. Well, we are fine with that without any question.