The European Union’s foreign policy chief Josep Borrell said on Friday the bloc is ready to plough a massive €3bn into a democratic process in Belarus. It comes as this week the bloc placed heavy sanctions on Belarus following the diversion of a plane carrying Roman Protasevich, an opposition journalist and vocal critic of Belarusian president Alexander Lukashenko. Mr Protasevich was detained following a diversion to Minsk where he is still being held.

Announcing the plan, Mr Borrell said: “This plan, up to €3bn reflects the European Union’s commitment to supporting Belarusian people.

“Once Belarus embarks on a democratic transition.”

The huge contribution comes despite the bloc levelling massive sanctions on 88 figures within the Belarusian regime this week including travel bans and asset freezes as a result of the bold diversion – with President Lukashenko targetted.

The move by the European Union comes as Russian President Vladimir Putin played down the incident announcing Russia is “still friends” with Belarus at a meeting with President Lukashenko on Friday.

JUST IN Kill the Bill protest: Hundreds march in London and across UK – ‘Our streets!’ 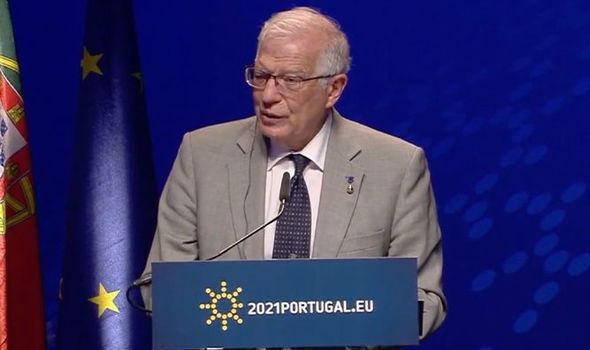 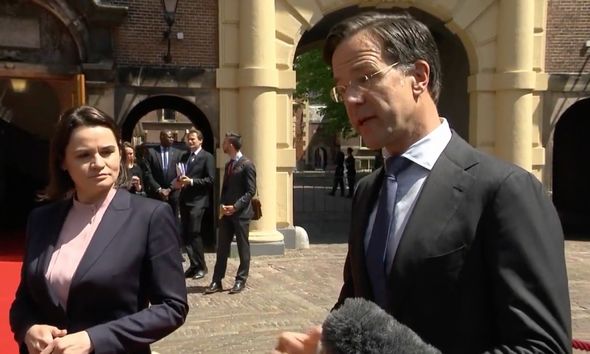 Speaking of the support package, acting Dutch Prime Minister Mark Rutte said: “We will try to do the max to protect the individuals in Belarus from the impact of these sanctions.

“That will not always be easy.

“But we have to do everything we can to get to the regime, to the cronies, to Lukashenko and his people.

“And we can only do it, we think, with targeted sanctions.”

Roman Protasevich 'may have been tortured' says expert 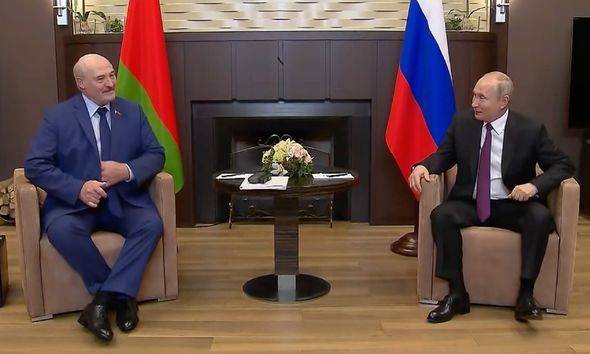 Last Sunday, Belarusian journalist Roman Protasevich was detained by Belarusian authorities after a plane he was on was diverted to the capital of Minsk mid-flight.

Mr Protasevich and his girlfriend Sofia Sapega, a 23-year-old Russian law student, were detained after Belarus sent a heavily armed military jet to escort their Ryanair flight, which was travelling from Athens in Greece to Vilnius in Lithuania, but forced it to land in Minsk.

Mr Protasevich is the editor of Nexta, a channel on the social media channel Telegram highly critical of the Belarusian leader and the regime.

Earlier this week a video emerged from Belarus of the journalist and his girlfriend confessing to criminal charges as they are held in custody, with many fearing Mr Protasevich could face the death penalty.

EU left in ’emergency situation’ in the wake of Belarus flight hijack [SHOCK]
Putin ‘willing to exploit Israel-Palestine conflict’ to crush West [WARNING]
Who is Roman Protasevich? Blogger at the centre of Belarus hijack [INSIGHT] 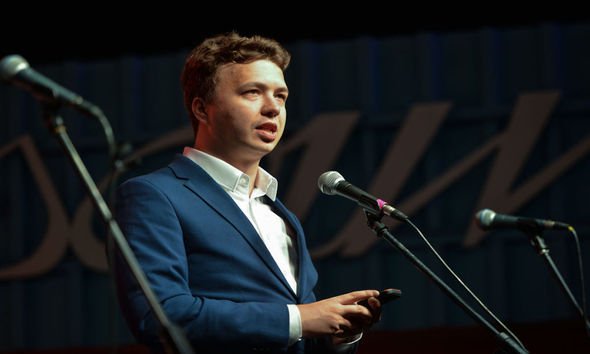 The world responded in outrage but Belarusian President Lukashenko reacted angrily to the claims the forced grounding of the Ryanair flight was “air piracy” or a “hijacking”.

He said: “Our ill-wishers both outside and inside Belarus have changed their methods of attack.

“They have crossed many red lines and crossed the boundaries of common sense and human decency.

“They’ve moved from plotting riots, to suffocating us.”