(Reuters) – After failing to reach a deal with the U.S. Congress for a fresh round of coronavirus pandemic relief, President Donald Trump signed a series of executive orders aimed at pumping up America’s pandemic-hit economy. 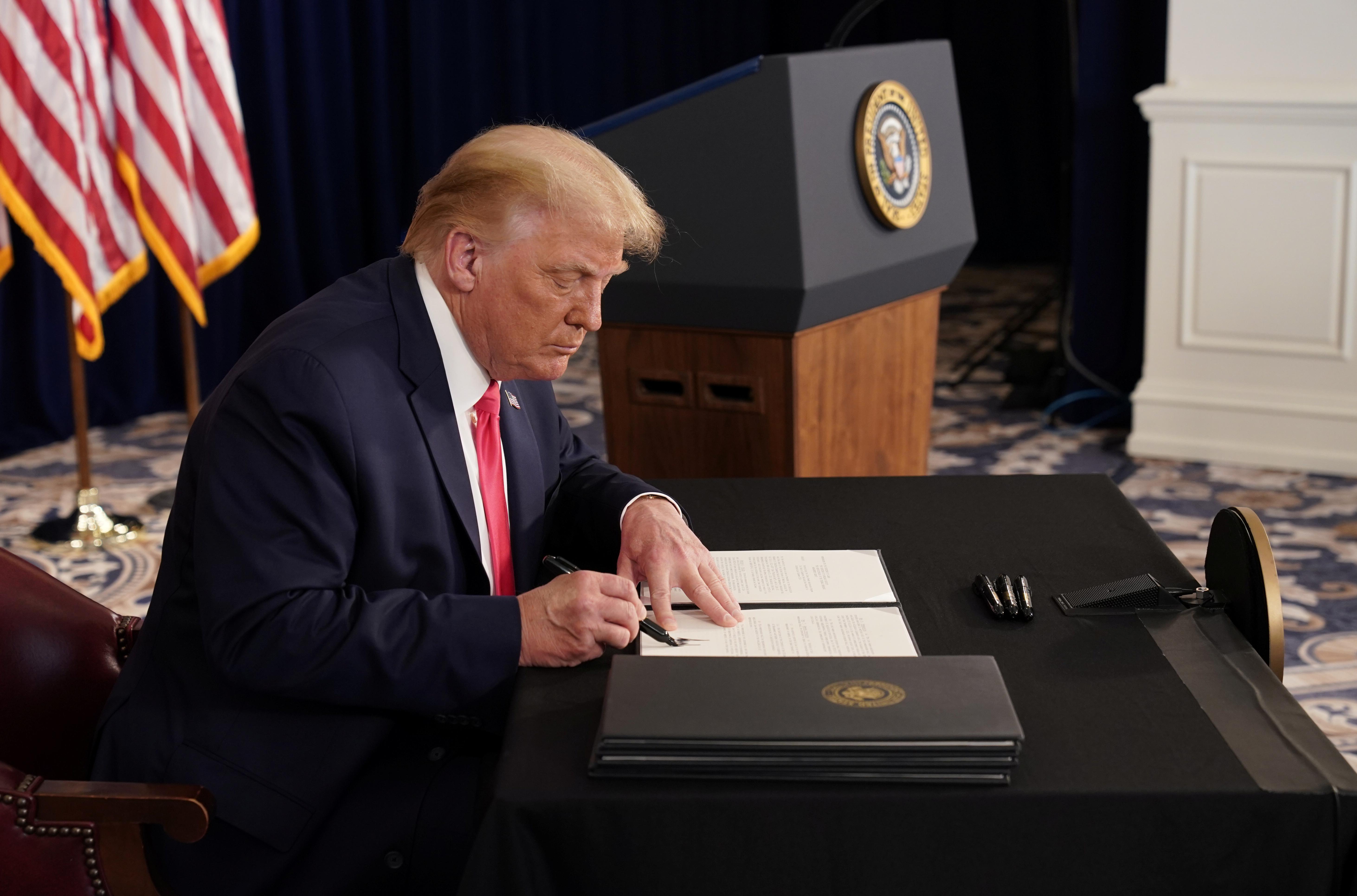 The orders are likely to face some legal challenges.

Trump’s order cuts enhanced federal unemployment benefits – a lifeline for the tens of millions of Americans thrown out of work during the pandemic – from $600 to $400 per week. Democrats had been lobbying to extend the original $600 a week enhanced benefits, which expired on July 31.

Trump proposes taking most of the money from the coffers of the Federal Emergency Management Agency – $44 billion, according to the order – with 25% of the money coming from states.

It’s not clear how Trump will convince state governments, whose revenues have been hard hit by the crisis, to pony up their proposed share.

Trump’s first order waives the payroll tax that funds Social Security in a bid to inject extra money directly into salaried employees’ pockets. Trump has been pushing the idea for a while but it has found little support in Congress from Democrats or his fellow Republicans.

The executive order says the cut comes into effect on Sept. 1, but Trump said it “most likely” would be retroactive to Aug. 1 and translate into “bigger paychecks for working families.”

Trump’s order protecting homeowners and renters from evictions is unlikely to face a challenge from Democrats; indeed, House of Representatives Speaker Nancy Pelosi this week encouraged the move. But it isn’t clear how it will be executed.

The order directs authorities to provide “temporary financial assistance” to renters and homeowners “struggling to meet their monthly rental or mortgage obligations.”

Even Trump seemed a little hazy on the order’s ultimate effects, saying “we don’t want people being evicted and the act that I am signing will solve that problem – largely, hopefully, completely.”

Trump said that interest on student loan payments – frozen since March – would be suspended until the end of the year.