WASHINGTON (Reuters) – President Donald Trump said on Saturday that White House Chief of Staff John Kelly will leave his job at the end of the year, extending the historically high turnover in the top ranks of his administration. 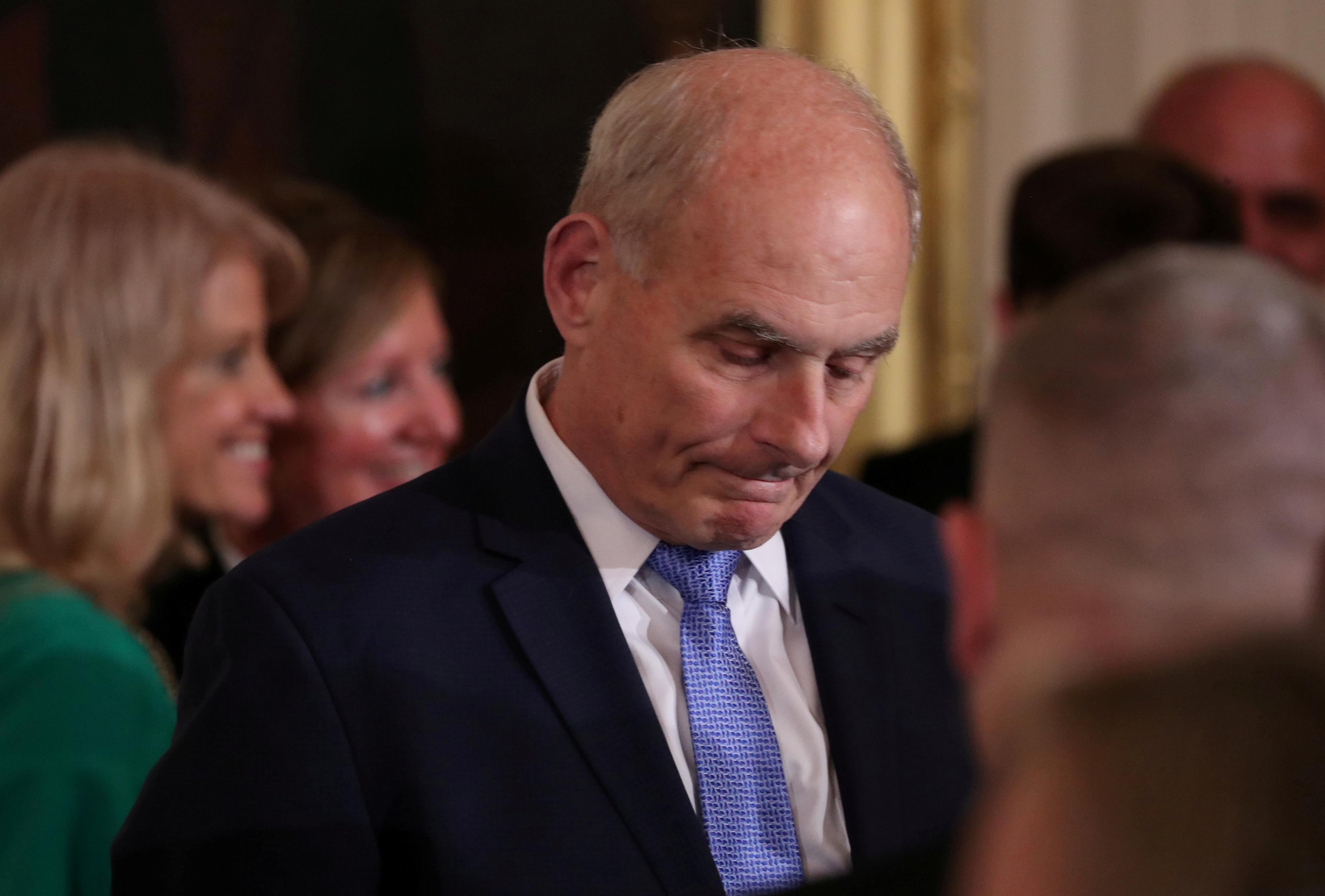 On Friday, Trump announced a new U.S. attorney general and a new U.S. ambassador to the United Nations, and on Saturday he nominated Army General Mark Milley to replace Marine General Joseph Dunford as the chairman of the Joint Chiefs of Staff.

Trump’s White House has had the highest turnover of senior-level staff of the past five presidents, according to figures compiled by the Brookings Institution think tank.

Here are some senior figures who have been fired or quit the administration since Trump took office on Jan. 20, 2017.

John Kelly – A White House official said Trump has been in discussions for months with Nick Ayers, a top aide to Vice President Mike Pence, about replacing Kelly, a retired Marine Corps general who was hired to bring order to the chaotic Trump White House but ultimately fell out with his boss.

Matthew Whitaker – Trump said he will nominate William Barr to be attorney general, replacing Whitaker, who was named acting attorney general only a month ago. Whitaker replaced Jeff Sessions in the top Justice Department post. He immediately came under scrutiny over past remarks critical of a probe into Russian meddling in the 2016 U.S. presidential election and any collusion between Moscow and the Trump campaign. As acting attorney general, Whitaker took over supervision of the probe, led by Special Counsel Robert Mueller. Some lawmakers worried Trump might order Whitaker to undermine the inquiry, fears that Trump allies called unwarranted. The Senate must confirm any nominee for attorney general; Democrats immediately voiced concerns about Barr.

Jeff Sessions – After months of being attacked and ridiculed by the president, the former senator was forced out on Nov. 7.

Nikki Haley – She said on Oct. 9 that she would step down at the end of the year as U.S. ambassador to the United Nations. On Friday, Trump put forward State Department spokeswoman Heather Nauert as her successor, also subject to Senate review.

Don McGahn – Trump said in August the White House counsel would leave amid strains between the two over the Mueller probe.

Scott Pruitt – The Environmental Protection Agency chief quit on July 5 under fire over a series of ethics controversies.

H.R. McMaster – The national security adviser was replaced on March 22 with John Bolton.

Andrew McCabe – The deputy FBI director was fired in mid-March by Sessions.

Rex Tillerson – The secretary of state was fired by Trump on March 13 after rifts between them. On Friday, Trump tweeted that Tillerson was “dumb as a rock” and “lazy as hell.”

Omarosa Manigault Newman – The former reality TV star was fired as assistant to the president in December.

Tom Price – The Health and Human Services secretary quit under pressure from Trump on Sept. 29 over travel practices.

Anthony Scaramucci – The White House communications director was fired by Trump in July after 10 days on the job.

Walter Shaub – The head of the U.S. Office of Government Ethics, who clashed with Trump, stepped down in July.

James Comey – The FBI director, who led the Russia probe before Mueller, was fired by Trump in May.

Katie Walsh – The deputy White House chief of staff was transferred out to a Republican activist group in March.

Michael Flynn – Resigned in February as Trump’s national security adviser. Flynn later pleaded guilty to lying to the FBI. He is set to be sentenced in December.

Coronavirus: ‘The first wave was a trial run’ – what lockdown easing may mean for hospitals
Asia