European leaders are mulling the idea to reduce their economic and military support to Ukraine as the bloc faces a deep cost of living crisis. In a bid to make the case against cutting funds to Kyiv, UK diplomats are being sent to European capitals. On Tuesday, Josep Borrell, the High Representative of the European Union for Foreign Affairs and Security, said Vladimir Putin sees “the weariness of the Europeans and the reluctance of their citizens to bear the consequences of support for Ukraine”.

Speaking to AFP, he added: “We will have to endure, and spread the costs within the EU.”

Italian right-wing leader Matteo Salvini, tipped to win a spot in the next government with his coalition partners Giorgia Meloni and Silvio Berlusconi, urged EU partners to evaluate the effectiveness of their sanctions against Russia.

He said: “With regard to sanctions against Russia we have to look at the numbers: Russia’s trade surplus is 70 billion dollars.

“For the first time in history the sanctioned country is the one that earns more.

“An instrument that was supposed to dissuade Putin from attacking ends up favouring his economy.

“I don’t want sanctions to fuel the war. I hope they are reflecting on it in Brussels.” 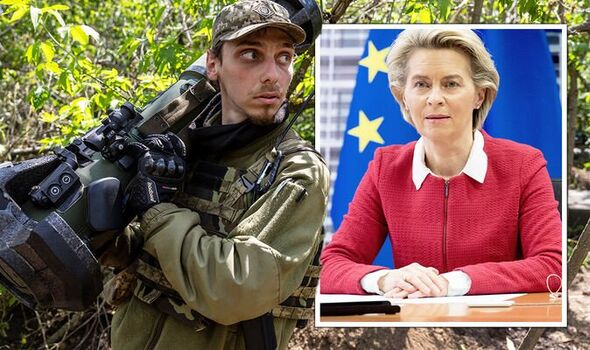 Leaders from the five largest EU economies – Germany, Italy, Poland, Spain and France – fell short of making new pledges of military support to Ukraine in July, for the first time since the war began.

But on the eve of Ukraine’s Independence Day celebrations, German Chancellor Olaf Scholz said that Germany planned to deliver further arms to Ukraine, worth more than €500million.

The arms would be delivered in 2023, some possibly sooner, said the source, adding that Germany’s parliamentary budget committee must still approve the supplies which Mr Scholz described as a contribution to the modernisation of Ukraine’s armed forces.

But households and businesses across Europe are both suffering as the fallout of the war – high food and energy prices – is now exacerbated by a devastating drought and low river levels that constrain transport.

At nine percent, inflation in the euro area is at levels not seen in half a century and it is sapping purchasing power with spare cash used up on petrol, natural gas and staple food.

Retail sales are already plunging, months before the heating season starts and shoppers are scaling down their buys.

In June, retail sales volumes were down nearly four percent from a year earlier, led by a nine percent drop recorded in Germany.

Businesses have so far coped well thanks to superb pricing power due to persistent supply constraints. But energy-intensive sectors are already suffering.

Close to half of Europe’s aluminium and zinc smelting capacity is already offline while much of fertilizer production, which relies on natural gas, has been shut.

Tourism has been the rare bright spot with people looking to spend some of their accumulated savings and enjoy their first care-free summer since 2019.

But even the travel sector is hamstrung by capacity and labour shortages as workers laid off during the pandemic were reluctant to return.

Key airports, such as Frankfurt and London Heathrow were forced to cap flights simply because they lacked the staff to process passengers. At Amsterdam’s Schiphol, waiting times could stretch to four or five hours this summer.

Airlines also could not cope. Germany’s Lufthansa had to publish an apology to customers for the chaos, admitting that it was unlikely to ease anytime soon.

That pain is likely to intensify, especially if Russia cuts gas exports further.

“The gas shock today is much greater; it is almost double the shock that we had back in the 70s with oil,” Caroline Bain at Capital Economics said. “We’ve seen a 10 to 11-fold increase in the spot price of natural gas in Europe over the last two years.” 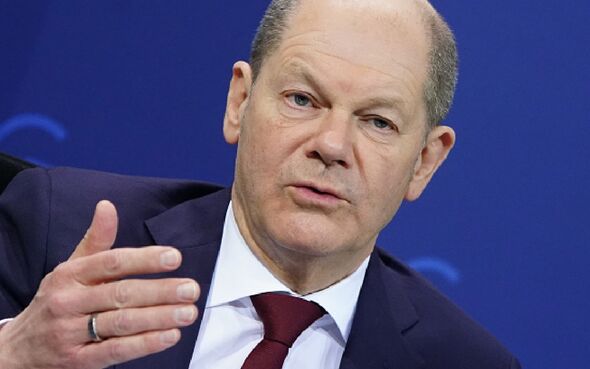 While the EU has unveiled plans to accelerate its transition to renewable energy and wean the bloc off Russian gas by 2027, making it more resilient in the long run, supply shortages are forcing it to seek a 15 percent cut in gas consumption this year.

But energy independence comes at a cost.

For ordinary people it will mean colder homes and offices in the short run. Germany for instance wants public spaces heated only to 19 degrees Celsius this winter compared with around 22 degrees previously.

Further out, it will mean higher energy costs and thus inflation as the bloc must give up its biggest and cheapest energy supplies.

For businesses, it will mean lower production, which eats further into growth, particularly in industry.

Wholesale gas prices in Germany, the bloc’s biggest economy, are up five-fold in a year but consumers are protected by long-term contracts, so the impact so far has been far smaller.

Still, they will have to pay a government-mandated levy and once contracts roll over, prices will soar, suggesting the impact will just come with a delay, putting persistent upward pressure on inflation.

That is why many if not most economists see Germany and Italy, Europe’s no. 1 and no. 4 economies with heavy reliance on gas, entering a recession soon.