The Biden administration will appeal the ruling against the policy, which has been the subject of legal challenges by landlords. 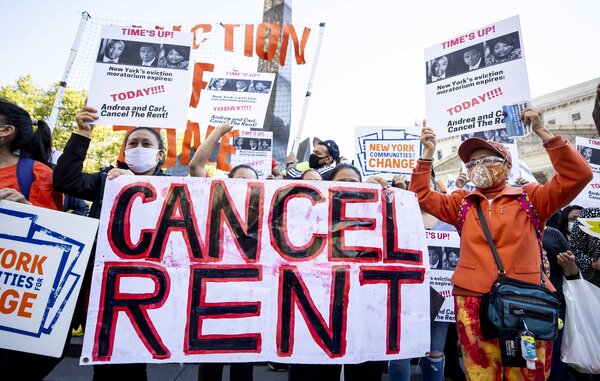 WASHINGTON — A federal judge on Wednesday struck down the nationwide moratorium on evictions imposed by the Trump administration last year and extended by President Biden until June 30, a ruling that could affect tenants struggling to pay rent during the pandemic.

The decision, by Judge Dabney Friedrich of the U.S. District Court for the District of Columbia, is the most significant federal ruling on the moratorium yet, and follows three similar federal court decisions. The Justice Department immediately appealed, and will seek an emergency stay of the decision, potentially delaying a final resolution of the case past the moratorium’s planned June 30 expiration.

It remains unclear how wide an impact the decision will have on renters. It does not necessarily bind state housing court judges, who rule on eviction orders, and two other federal courts have upheld the moratorium, adding to the confusion about its fate.

“There are now numerous conflicting court rulings at the district court level, with several judges ruling in favor of the moratorium and several ruling against,” said Diane Yentel, president of the National Low Income Housing Coalition, a national tenants advocacy group.

“While this latest ruling is written more starkly than previous ones, it likely has equally limited application impacting only the plaintiffs who brought the case or, at most, renters in the district court’s jurisdiction,” she said.

Still, tenants’ rights groups said the decision on Wednesday could leave more low-income and working-class tenants vulnerable to eviction in coming weeks even as the Biden administration is beginning to disburse tens of billions of dollars in aid to help them catch up on unpaid rent.

Landlords said the decision validated their arguments that the legal basis for the federal moratorium was unsound and overstepped the government’s power.

Trump, U.S. House face off in court over subpoena power

Brexit: EU looks to London for answers as as it moves to confirm deal