A furious political row erupted when pro-EU campaigner Femi Oluwole blamed Brexiteers for the ongoing violence on the streets of Belfast. Former Brexit Party MEP Ben Habib slapped down Mr Oluwole for this remark, insisting the unrest is “not because of Brexit”. TalkRADIO host Patrick Christys echoed this argument, telling the pro-EU commentator that “realistically this has nothing to do with Brexit”.

Mr Oluwole explained: “Brexit is not the sole cause but it has inflamed tensions.

“It is exacerbated by Brexit, Which was carried out Boris Johnson and Brexiteers.

“It would be foolish to say it is the sole cause because there are centuries of division in Northern Ireland.

“But saying that putting a border down the Irish Sea has not inflamed tensions is not logical.”

JUST IN: ‘A great time to be British’ Thornberry slammed for Brexit cynicism 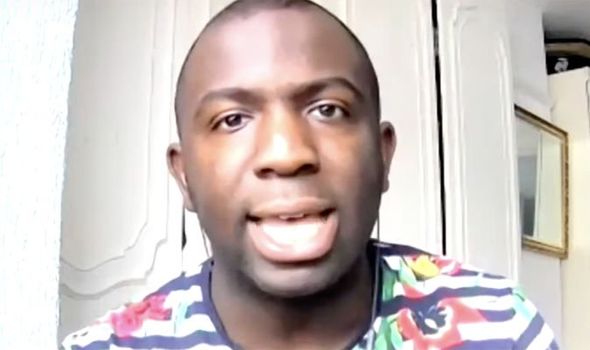 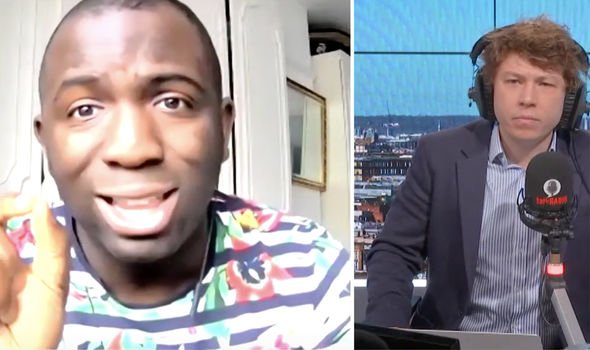 Mr Habib hit back: “The cause of the violence is not Brexit.

“It is the Northern Ireland protocol, for which the EU and Westminster are responsible.

“This protocol breached the Belfast agreement and partitioned the UK without consent in Northern Ireland.”

Host Patrick Christys added: “These are just yobs and realistically this has nothing to do with Brexit.” 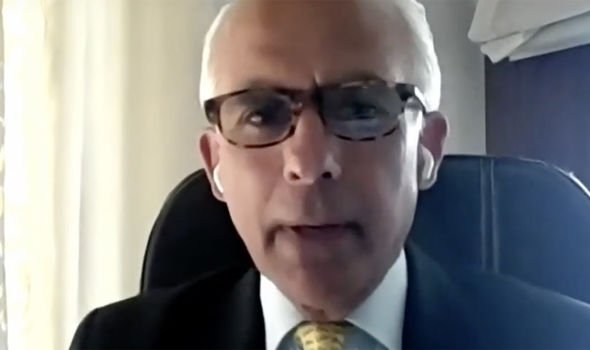 However, he turned to Mr Habib and asked: “What happens if this escalates?

“Let’s say the only way to stop a return to the Troubles is to go back into the single market and customs union, so there are no checks. Should we do that to prevent violence?”

Mr Habib responded: “Let’s get one thing straight, there is nothing in the Belfast agreement that prohibits a custom border on the island of Ireland.”

Brussels humiliated after Germany and France ignore plea for EU unity [INSIGHT]
Royal Family future: Queen will find it ‘much harder to carry on’ [VIDEO]
Farage makes prediction on impact Prince Philip’s death will have [INTERVIEW] 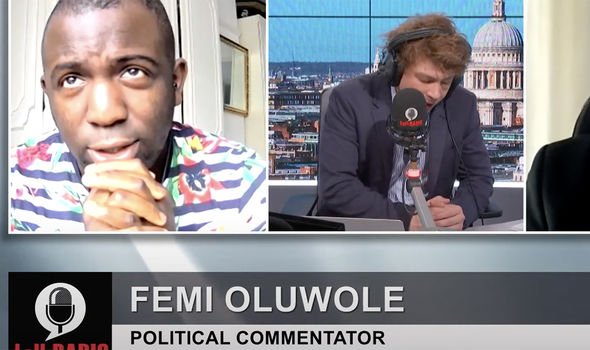 He continued: “There is already a border that separates two countries, two tax rates, two currencies.

“The adoption of the hard border was weaponised by the EU and the Republic of Ireland in the Brexit talks.

“This is not because of Brexit, it is because of the Northern Ireland protocol breaching the Belfast agreement.

“We need the courage of a British Government to insist the customs border is placed on the island of Ireland.”

Police in Northern Ireland have urged for calm as violent protests continue on the streets of Belfast.

Appeals for calm from the Republic of Ireland, the United States and the European Union have so far not worked as it endured its eighth night of violent unrest on Friday.

A further 14 police officers were injured on Friday night, including one who was knocked unconscious and was sent to hospital for treatment.

It brings the total number of officers injured during recent violence to 88.

Something Classified Was Scheduled at Guantánamo. A Judge Stopped It.