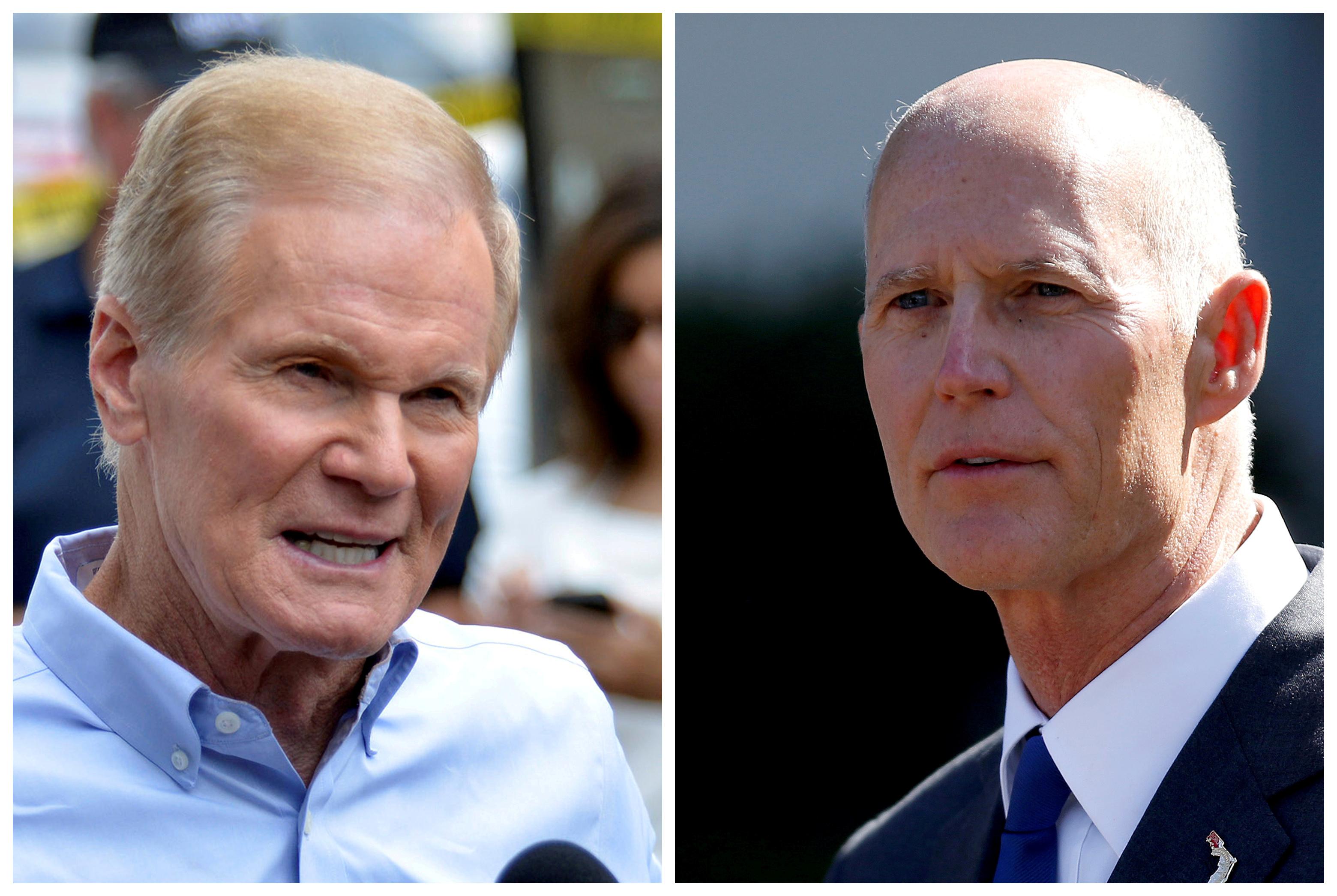 (Reuters) – Florida will hold a machine recount of votes in its neck-and-neck races for the U.S. Senate and governor, with results due by 3 p.m. (2000 GMT) on Thursday, its secretary of state said on Saturday.

Those two contests, along with those for governor in Georgia and U.S. Senate in Arizona, are the most high-profile races still undecided after Tuesday’s congressional elections.

In Florida’s election for the U.S. Senate, Republican Governor Rick Scott had seen his lead narrow over incumbent Democratic U.S. Senator Bill Nelson to about 12,500 votes, or 0.15 percent, by Saturday afternoon.

In the gubernatorial contest, unofficial results showed Republican Ron DeSantis’ lead over Democrat Andrew Gillum had slimmed to about 33,700 votes, or 0.41 percent.

The accusations and lawsuits that have emerged over the Florida contests in recent days conjured memories of the state’s 2000 presidential recount, when the winner of the White House hung in the balance for weeks before the U.S. Supreme Court stopped the counting and Republican George W. Bush triumphed over Democrat Al Gore.

Debate Night: Join The Times for a Live Chat