American officials have been delivering the same message to Kyiv for more than seven years, but little has changed — or is likely to, analysts say. 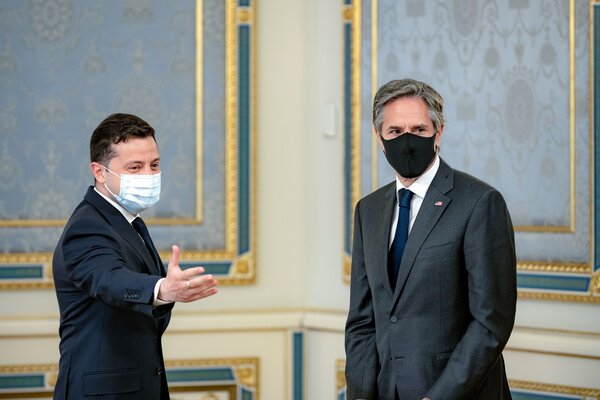 KYIV, Ukraine — In December 2015, Joseph R. Biden Jr., then the vice president, appeared before Ukraine’s Parliament with a two-pronged message. The United States would defend the country from Russia, Mr. Biden said, but lawmakers in Kyiv also needed to fortify their own democracy with real progress on anticorruption reforms.

“This is your moment. This is your responsibility,” Mr. Biden told the lawmakers. “And while Russian aggression persists,” he added, “the cost imposed on Moscow will continue to rise.”

More than six years later, Secretary of State Antony J. Blinken visited Kyiv this week — the first such trip by a senior Biden administration official — with virtually the same message.

While Mr. Blinken’s trip was a demonstration of renewed American commitment to an independent, democratic and Western-leaning Ukraine, for many longtime watchers of U.S.-Ukraine policy, it was a depressing reminder of how little has changed in a country that has become ground zero for a renewed power struggle between Washington and Moscow.

“It is very much déjà vu,” said Andrea Kendall-Taylor, a Russia expert with the Center for a New American Security who advised the Biden transition team. “It all feels eerily similar to where we’ve already been.”

That matters to the Biden administration not just because many of its top officials are personally invested in Ukraine’s fate: Mr. Biden traveled there six times as vice president, and Mr. Blinken’s grandfather was born there. Experts agree that Mr. Biden’s goal of a stable relationship with Russia, allowing for cooperation on shared concerns including Iran and climate, requires cooling tensions over Ukraine.