WASHINGTON (Reuters) – For President Donald Trump, the death of Islamic State leader Abu Bakr al-Baghdadi is a signature achievement that may help quell growing criticism from his own ranks, but it is unlikely to offer much relief from Democratic-led scrutiny of his dealings with Ukraine. 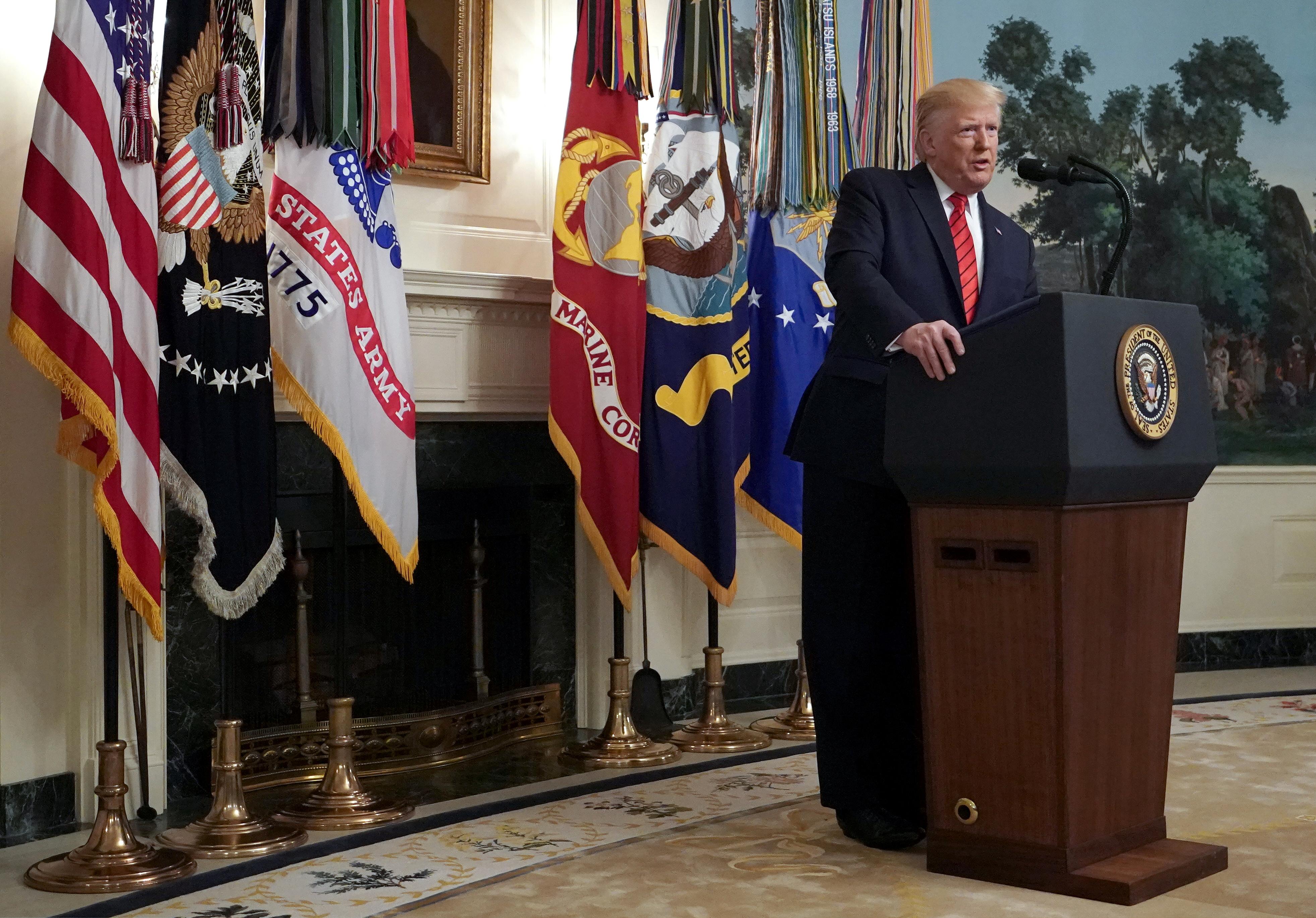 The raid could not have come at a better time for Trump, who is facing an impeachment investigation by Democrats in the U.S. House of Representatives who say his attempt to persuade Ukraine to investigate Democratic rival Joe Biden was an abuse of power and may have put national security at risk.

He has also come under withering criticism from Republicans and Democrats alike for an abrupt decision to pull U.S. troops out of northeastern Syria, which cleared the way for a Turkish invasion against America’s Kurdish allies in the area.

“I don’t think it alters the trajectory of our politics in any way necessarily, but without question, for the president it’s a huge win. There’s no other way to spin it,” said Lanhee Chen, a Hoover Institution scholar who advised Republican Marco Rubio’s presidential campaign in 2016 and Mitt Romney in 2012.

Trump, who is up for re-election in November 2020, will be able to trumpet the successful raid on the campaign trail as another reason why he should not be thrown out of office, in addition to his tough stance on illegal immigration and his record on the economy.

He could not help but tease the win in a typically grandiose fashion: “Something very big has just happened!” he tweeted on Saturday night, apparently only minutes after U.S. special forces had safely landed back at their base.

Aware of the political capital suddenly at his disposal, Trump delivered the news on Sunday from the White House Diplomatic Reception Room standing before battle flags that had been brought from the Oval Office for the occasion.

Trump offered vivid and sometimes grisly details about the raid and Baghdadi’s demise, which he claimed was “bigger” than the 2011 U.S. killing of al Qaeda leader Osama Bin Laden.

The news prompted an outpouring of praise from senior Republicans, including those such as close Trump ally Senator Lindsey Graham who had strongly criticized the president’s decision to withdraw from Syria.

Senate majority leader Republican Mitch McConnell, who also strongly condemned the troop withdrawal, said on Sunday he applauded the news and was grateful “to President Trump and his team for their leadership.”

Even Senator Mitt Romney, Trump’s fiercest Republican critic, took to Twitter to thank the President for sending Baghdadi to “hell.”

The good news brought only a brief truce with Democrats who hope to beat Trump in 2020 if they cannot remove him from office via impeachment, however.

But many were quick to point out that Baghdadi’s death did not put an end to Islamic State and that Trump had no strategy for the region. They also called out the president for breaking with tradition by failing to brief the full “Gang of Eight” Congressional leaders ahead of the raid.

Trump pointedly said on Sunday that he did not tell House Speaker Nancy Pelosi, his chief Democratic rival who has played a leading role in the impeachment drama, about the plan because of concerns the information would leak and put American soldiers at risk.

“The House must be briefed on this raid, which the Russians but not top congressional leadership were notified of in advance, and on the administration’s overall strategy in the region,” Pelosi said in a statement in which she praised the armed forces. 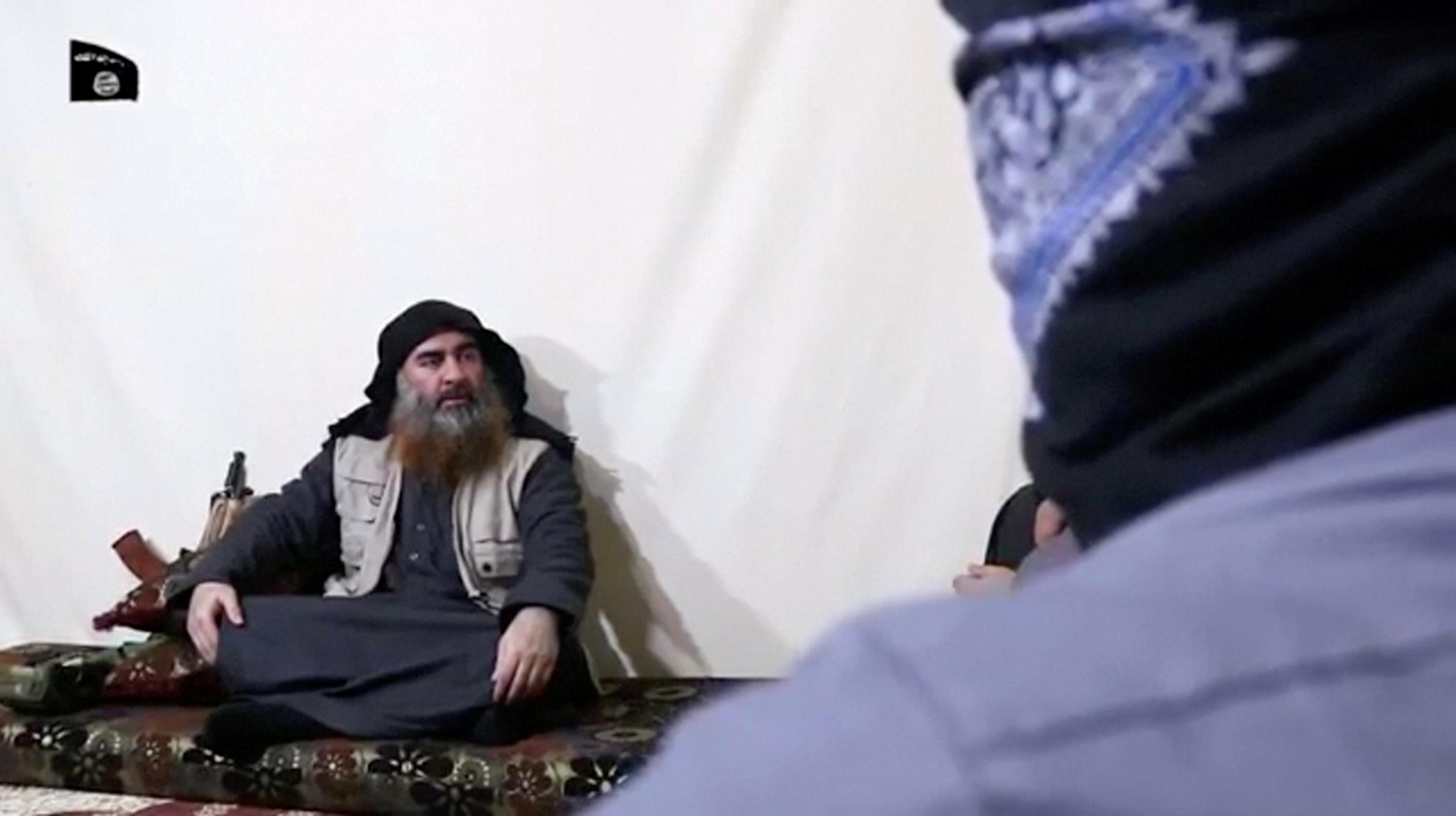 The takedown of Baghdadi is unlikely to distract lawmakers from the impeachment probe, which has gained momentum following a number of damaging witness testimonies which Republicans are increasingly struggling to rebut.

Speaking to reporters following a top U.S. diplomat’s closed-door testimony on Wednesday, John Thune, the Senate’s No. 2 Republican, said the picture emerging from the investigation was “not a good one,” a possible sign that Republican support for Trump might be faltering.

“In years past you could see how this would pause the political rhetoric for at least a few days,” said the Hoover Institution’s Chen. “I don’t see that happening this time.”