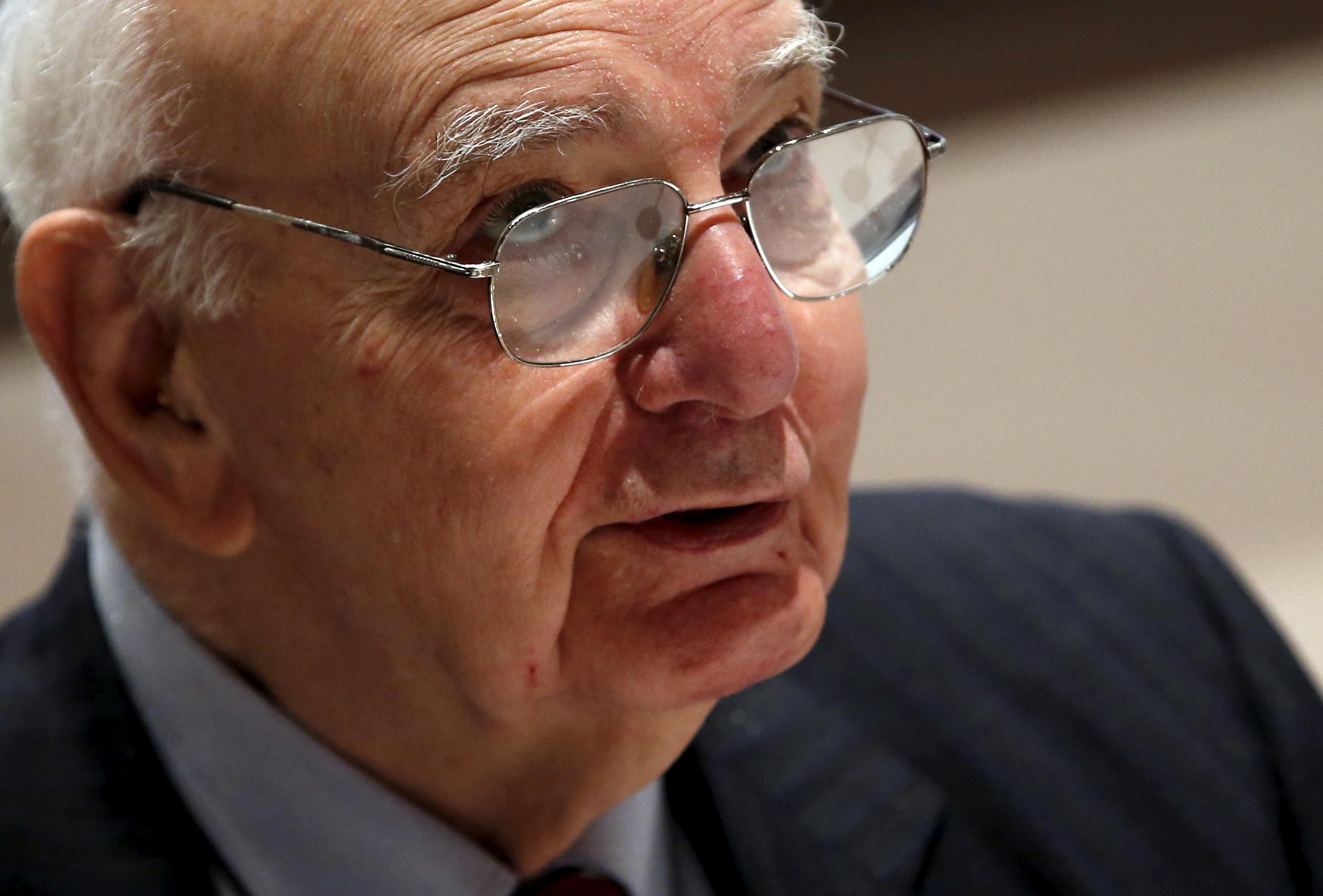 “We have not been on a constructive track,” Volcker told Bridgewater co-chief investment officer Ray Dalio, in a podcast video released on Tuesday. “I think that’s fair to say.”

Volcker, widely credited with ending the high levels of inflation seen in the United States during the 1970s and early 1980s, said Trump’s big tax cuts and spending increases underscore the lack of transparency of the president’s administration.

“We rammed through a massive tax bill. Whatever you think about that tax bill, it shouldn’t have been rammed through Congress without any debates at midnight on Dec. 31,” Volcker said.

On Dec. 22, 2017, President Donald Trump signed the Tax Cuts and Jobs Act, shrinking the corporate tax rate from 35 percent to 21 percent and cutting taxes on private businesses by about 20 percent. It was passed without a single public hearing.

Volcker cites Alexander Hamilton, his hero and first secretary of the Treasury, as saying “the true test of good government is its ability to administer” which Volcker said “we lapse in.”

Trump has had a strained relationship with the Federal Reserve. As Fed rate increases continued through last year, Trump called the central bank “crazy,” out of touch with markets, and according to reports, explored whether he could remove current Fed Chair Jerome Powell.

Volcker said the China trade negotiations have been particularly worrisome for the United States’ future over the next 10 years.

U.S. and Chinese officials expressed hopes on Monday that a new round of talks would bring them closer to easing their months-long trade war. Beijing and Washington are trying to hammer out a deal before a March 1 deadline, without which U.S. tariffs on $200 billion worth of Chinese imports are scheduled to increase to 25 percent from 10 percent.

All told, Volcker said: “Faith of the America people in our government today is really distressing. There’s been polls taken every year that ask the same question … Do you trust your government to do the right thing most of the time? You get maybe 20 percent to say ‘yes.’ You ask about the Congress, it’d be less than 20 percent. It’s no great secret that we are torn about by ideological and other differences now.”