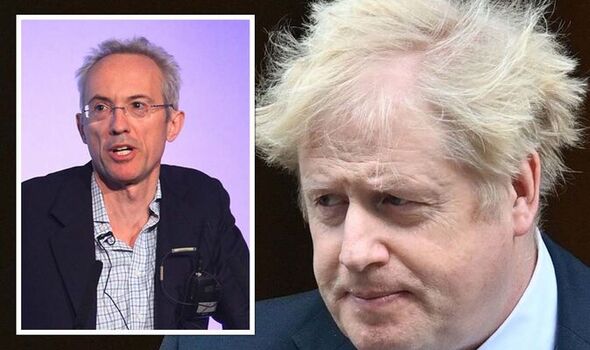 Financier John Armitage has given more than £3million to the Conservatives but switched his donations to the Labour Party in March 2021 when he handed over £12,500.

He said leaders should quit if they lose their moral authority.

Mr Armitage added: “I feel politicians should go into politics to do good for their country. And that is the overwhelming reason to be in politics. I don’t think it’s about your own personal sense of getting to the top of a snakes and ladders game.

“If you lose moral authority, and if you do you do something or say something which…looks terrible, and you do that consistently, and you betray a sense of not really caring, I think you should leave.

“And I find the lack of honour inherent in modern politics incredibly distressing.” Mr Armitage, the co-founder of hedge fund Egerton Capital, donated to the Remain campaign in 2016.

He said he believes the Prime Minister has passed the point of no return despite attempts to reset his premiership.

Speaking on the BBC, he said: “What about a sense of personal responsibility?

“You know ‘I’m going to change my chief of staff and it will all be fine’. Oh, really?” Mr Armitage said that he plans to remain a member of the Conservative Party but will not donate money while Mr Johnson remains in Downing Street.

It comes as former Conservative Prime Minister Sir John Major is today expected to launch an attack on Mr Johnson over allegations of lockdown rule breaking.

The arch Remainer, who has been a prominent critic of the PM, is set to criticise Mr Johnson for corroding trust in politics.

Jeremy Corbyn: Not up to UK parliament to block new Scottish independence referendum