WASHINGTON (Reuters) – U.S. President Donald Trump’s former national security adviser Michael Flynn requested on Tuesday a sentence of a year’s probation for lying to FBI agents in a case stemming from a probe into possible collusion between the Trump campaign and Russia. 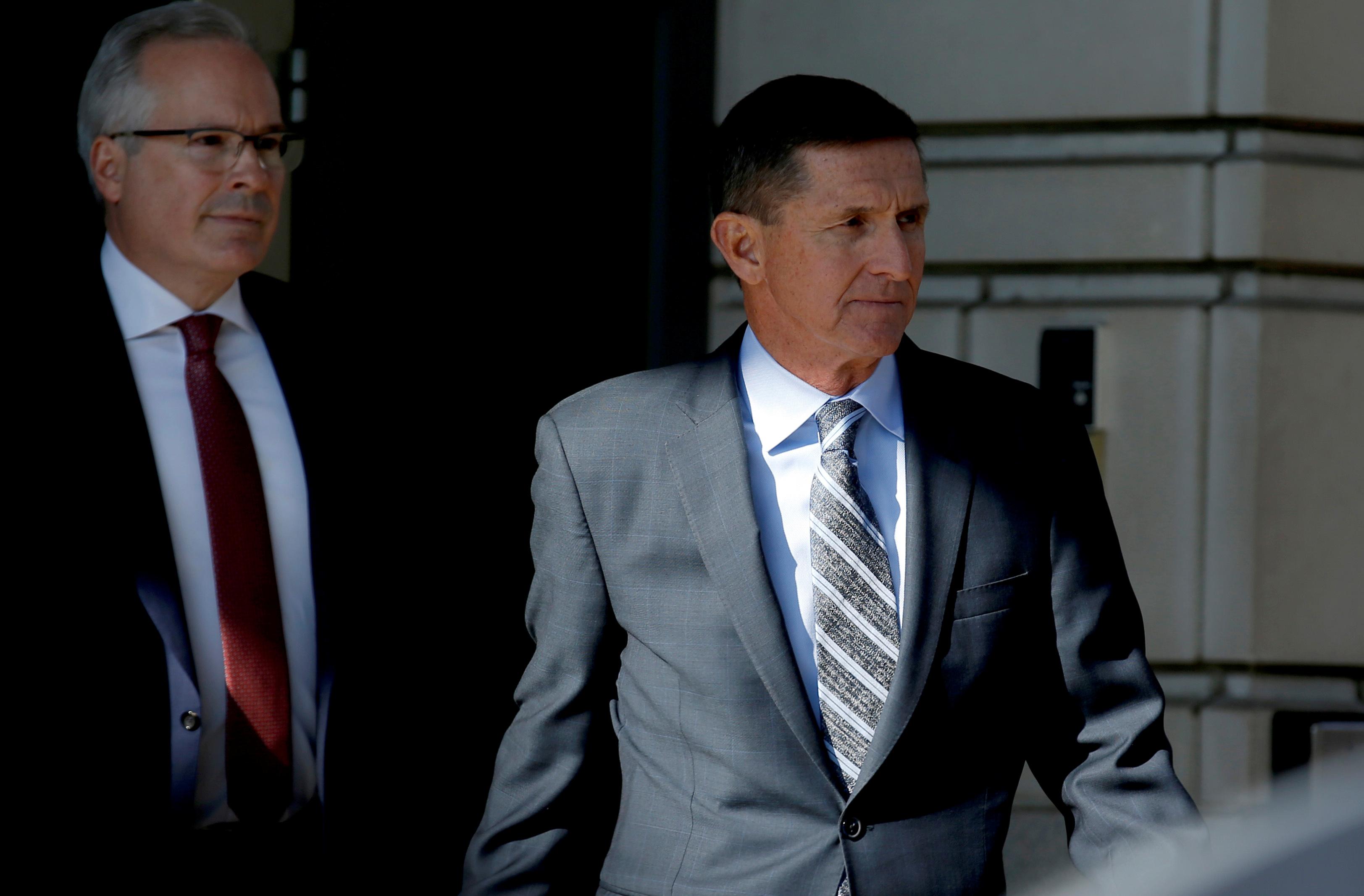 U.S. Special Counsel Robert Mueller’s office said last week Flynn had provided substantial cooperation with its investigation, as well as with other probes.

Flynn held the White House job for only 24 days. He pleaded guilty in December 2017 to lying to the FBI about his contacts with Russia and will be sentenced in the U.S. District Court for the District of Columbia on Dec. 18.

Flynn participated in 19 meetings with the special counsel’s office and other government bureaus and produced thousands of documents to the U.S. Justice Department, his lawyers said in a court filing.

“As the Government has made clear, his cooperation was not grudging or delayed. Rather, it preceded his guilty plea or any threatened indictment and began very shortly after he was first contacted for assistance by the Special Counsel’s Office,” his lawyers said in the filing.

Flynn is the only Trump administration official to plead guilty to a crime connected to Mueller’s sprawling probe into Russian attempts to influence the 2016 U.S. election.

Both Trump and Moscow have denied wrongdoing. Trump has repeatedly described the probe, which threatens to cloud his presidency, as a “witch hunt.”

Flynn’s lawyers have asked the court to “sentence him to a term of probation not to exceed one year, with minimal conditions of supervision, along with 200 hours of community service.”

The lawyers said the retired Army general was not warned before a meeting with FBI agents in January 2017 that it was a crime to lie to them.

They contrasted Flynn’s case with that of Trump campaign aide George Papadopoulos and Alex van der Zwaan, a lawyer who worked with Trump campaign associates, who have pleaded guilty to lying to federal authorities and were both informed of the seriousness of the crime.

The filing also included dozens of letters from people attesting to Flynn’s personal character, along with honors he had garnered and Army evaluation reports.