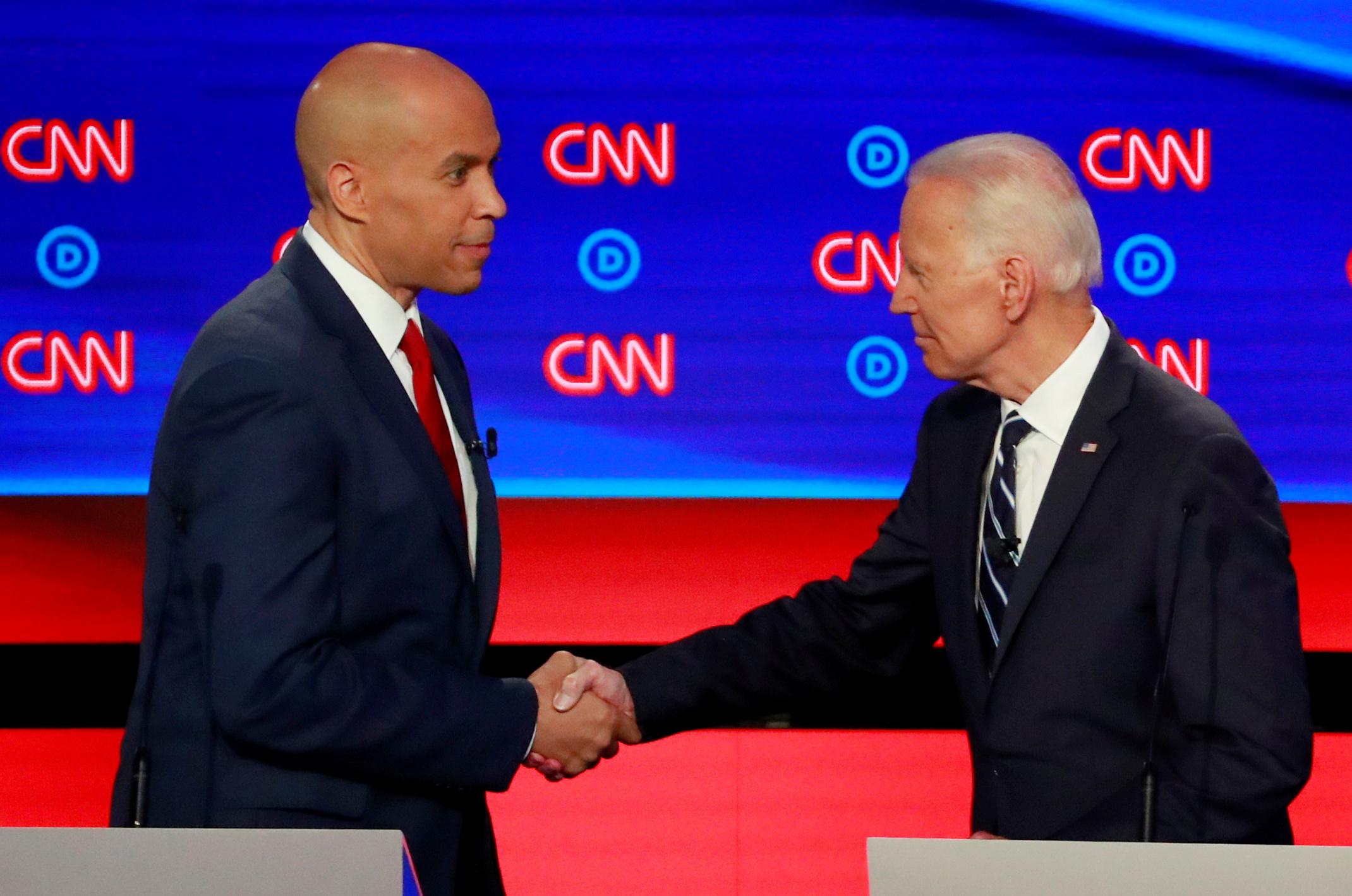 The Cory 2020 campaign capitalized on the moment with a paid Facebook ad that read: “We think Joe Biden summed it up best: future President Cory Booker. Get your ‘Future President’ gear today,” and directed voters to Booker’s online merchandise store to buy a $4.00 pack of two vinyl stickers quoting Biden.

Booker, who clashed on stage with Democratic front-runner Biden over criminal justice, was following a playbook for viral merchandising seen on previous debate nights.

Before Tuesday’s debate was over, the Bernie Sander’s campaign was already promoting “I wrote the damn bill” stickers, after the senator’s confrontation with Representative Tim Ryan over Sanders’ “Medicare for All” plan.

But Sanders’ national press secretary Briahna Joy Gray was quick to point out the moment was not planned, tweeting on Tuesday night: “We don’t have ‘I wrote the damn bill’ t shirts ready to go (because it wasn’t a scripted line).”

The Ryan campaign also rushed to put its candidate’s response to another skirmish with Sanders over climate change solutions on stickers which read: “You don’t have to yell.”

Senator Kamala Harris’ campaign, which said it has taken in close to a half-million dollars from online sales of merchandise, also capitalized on her exchange with Biden in the first round of Democratic debates by selling T-shirts reading “That Little Girl Was Me” – a reference to Harris telling Biden that she benefited from a busing program when she was a young student.

The Democratic candidates aren’t the only ones raising money through merchandise inspired by viral moments.

The Trump campaign, which has consistently outspent Democratic rivals on Facebook advertising, paid for a slew of ads on the social media platform promoting the red straws over the last two weeks.