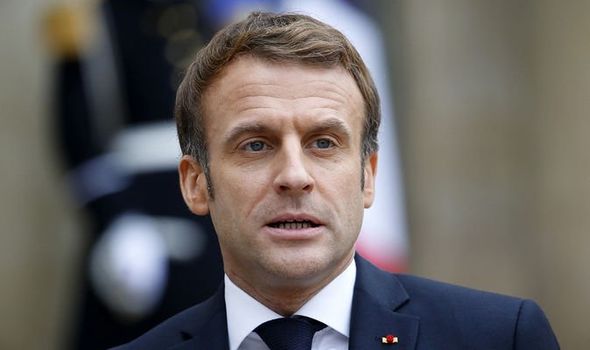 Emmanuel Macron’s government tightened restrictions on travel – effective from 11pm tonight – to and from the UK to slow the spread of the variant.

But Downing Street said the move was neither “effective or proportionate”.

And the travel industry branded it “a hammer blow” especially for families planning winter ski breaks.

Under the new rules, no one from the UK can enter France unless they have an essential reason, which does not include tourism or business. They apply to anyone from the UK, whether they are fully vaccinated or not.

As a result, Crystal Ski has already cancelled holidays departing December 21 and 28, as well as January 4.

Prime Minister Boris Johnson’s spokesman said: “Given the transmissibility of Omicron and its seeding around the world, we don’t think that Red Lists are effective or proportionate at this current time.”

Transport Secretary Grant Shapps said hauliers would be exempt from the changes But Brittany Ferries said the new measures are a “hammer blow to our Christmas season” adding “further border controls seem as unnecessary as they are unwelcome”. Mark Tanzer, of travel trade association Abta, urged the Government to “bring forward a support package” to avoid “company failures and job losses”.

And families, who have paid for holidays and Covid tests, could face a battle to get refunds before Christmas.

The travel ban comes after weeks of tension between France and Britain over fishing rights and migrants crossing the English Channel The French government is also desperate to avoid a new lockdown that could hurt the economy and President Macron’s re-election in April.

France’s daily Covid cases are already soaring after the arrival of Omicron. The variant is also widespread in many other European countries including Denmark, which has not been included in the ban.

A French government spokesman last night insisted people from Britain “cannot travel for touristic or professional reasons”. But he said French citizens and EU nationals could still return from the UK.