Home » Politics » G20 summit: Theresa May looks furious as she’s pushed to the back of EU photo

The Prime Minister stood at the back, while French President Emmanuel Macron and German Chancellor Angela Merkel took their places front and centre of the historic picture. European Commission President Jean-Claude Juncker and EU Council boss Donald Tusk also feature in the snap with other leaders from the bloc.

They had assembled to agree a draft trade deal between the EU and the Mercosur group of South American countries.

Mr Tusk shared the picture and tweeted: “At a time of rising tensions and trade conflicts, the EU shows the right way for international cooperation and free, fair trade.”

At a summit press conference today, Mrs May was quizzed on the UK’s departure from the EU. 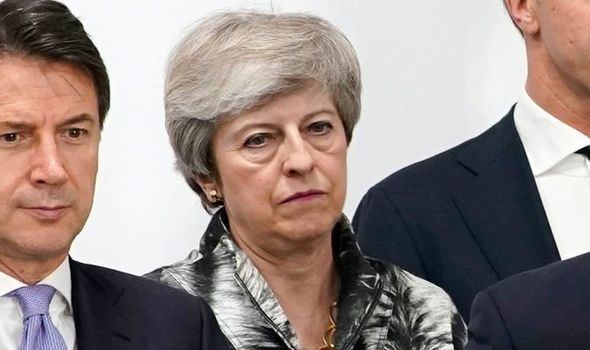 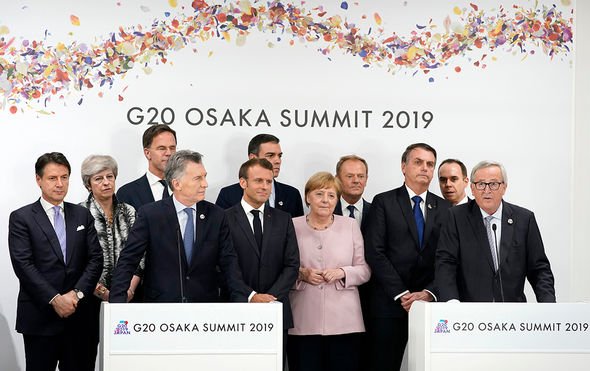 On how important it is for Britain to leave the bloc with a good deal to the nation’s future as a global player, Mrs May said: “I have always said that I think it is best for the UK for us to leave in an orderly way, and that means leaving with a good deal.

“I believe that we negotiated a good deal, but Parliament has not come to a majority supporting that deal – it will be up to my successor to find a way of delivering on the vote of the British people and doing that in a way that is in the national interest.”

Mrs May was also grilled on whether Tory members now had more in common with Nigel Farage and the Brexit Party. 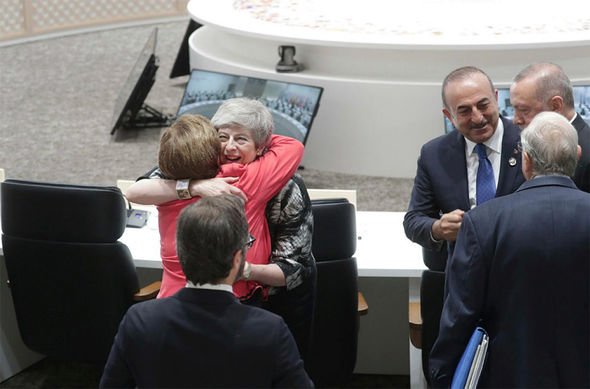 She said: “I believe that Conservative Party members, as with the majority of the public in the UK, want us to deliver on Brexit.

“I believe they want us to deliver not just what that means in terms of leaving the EU but the brighter future that we believe the UK can have outside of the EU.

“That is what I was working on, it is what my successor will work on.” 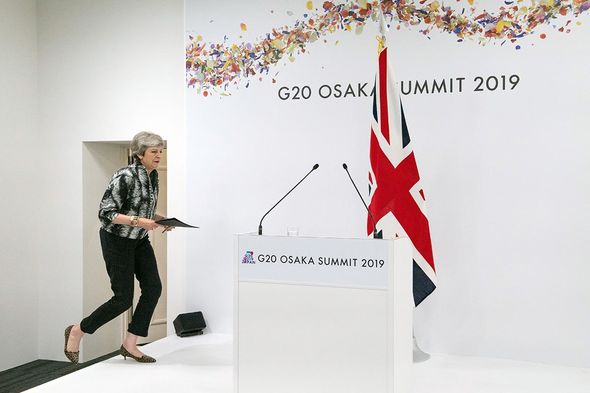 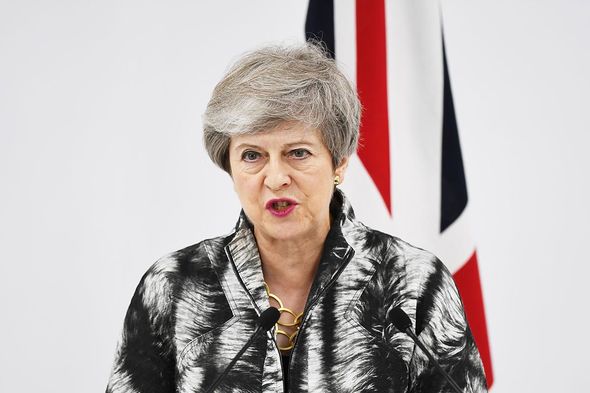 The G20 summit is an annual meeting of world leaders from the countries with the largest and fastest-growing economies.

Leaders from 19 countries and the EU meet to discuss issues of the day in a bid to coordinate their plans.

There are also many talks which take place on the side-lines of the summit.

Will Theresa May EVER leave? PM will ‘TOUGH IT OUT’ despite Brexit crisis – shock claim