Boris Johnson has claimed he has given up booze until Brexit is “done” – just 24 hours after being snapped sipping whisky during a visit to a distillery.

His partaking of a dram in Scotland is likely to fuel doubts over the prime minister’s commitment to his “do or dry” promise, made on the election trail. 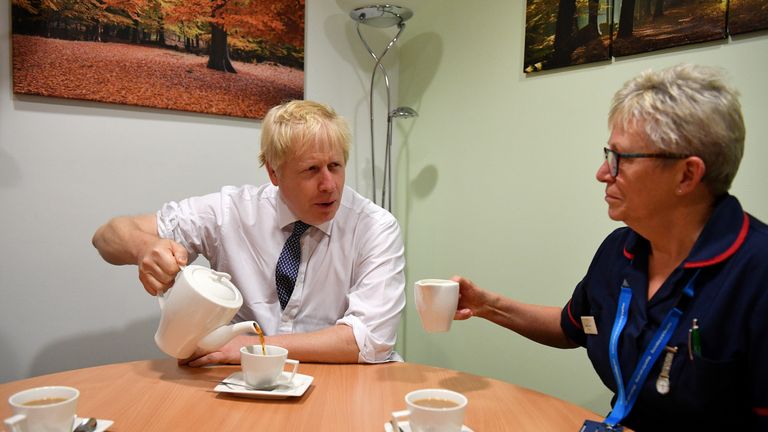 It comes after the Tory leader had to apologise and express his “deep regret” over his failure to deliver on his “do or die” pledge to deliver Brexit by the Halloween deadline.

It is not the first time Mr Johnson is said to have gone teetotal, reportedly cutting out drinking in a bid to lose weight ahead of the Tory leadership campaign.

Ironically, it was a glass of spilt red that threatened to derail his bid for the top job, after police were called to a row between the self-declared “wine man” and his partner, Carrie Symonds.

Mr Johnson revealed his latest period of abstinence as he talked about health issues with nurses during an election campaign visit to a hospital in Nottinghamshire.

Speaking to the staff, he said: “Someone said there’s a lot of first-time mums who are smoking or something like that.
Is that right?”

Told a lot of people smoked, he then referred to vaping and said: “I’m not certain about it.

“It might just encourage them to get into nicotine.”

Mr Johnson then asked “what about alcohol?” before adding: “I’ve had to give it up until we get Brexit done.”

The PM did not expand on whether this meant the current exit date of 31 January, 2020 or the end of the transition period next December.

The Brexit Election: For the fastest results service and in-depth analysis watch Sky News live from 9pm on Thursday 12 December, with a KayBurley@breakfast election special on Friday 13 December

Listen: The All Out Politics podcast