A £46m Brexit information campaign funded by taxpayers had little effect on the public’s level of preparedness, a new report says.

Whitehall’s spending watchdog found the “get ready for Brexit” adverts did not noticeably change the number of people looking for information about the UK leaving the EU.

The National Audit Office (NAO) did praise the Cabinet Office for getting government departments to work well together and rolling out the campaign “at great speed”. A government spokesperson hit back by insisting that not running the ads would have risked people’s lives.

Boris Johnson ordered the campaign be rolled out back when he was promising Brexit would happen “do or die” on 31 October 2019.

Ministers chose the most expensive of four options put forward by the Cabinet Office with a total budget of £100 million.

It was halted on 28 October, when MPs refused to rush the prime minister’s Brexit deal through parliament and he was forced to request a delay to avoid no-deal.

The Cabinet Office estimated the campaign reached 99.8% of the population, with every member of the public having the chance to see the adverts 55 times.

But the NAO said the numbers of people looking for information about Brexit did not notably change – ranging from 32% and 37% during the campaign, to 34% when it stopped. 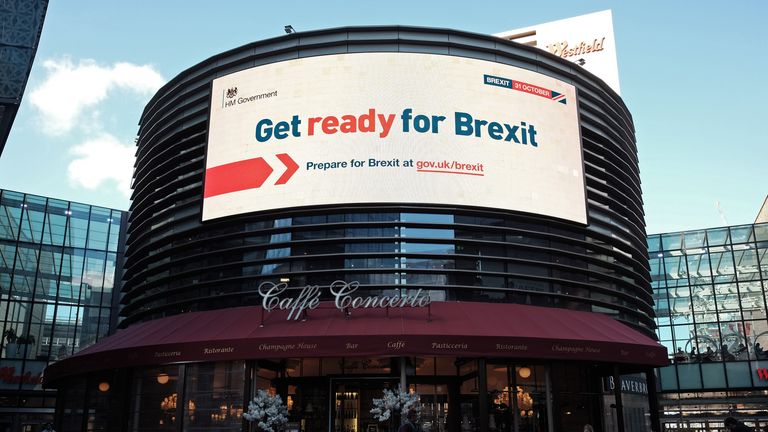 “However, it is not clear that the campaign resulted in the public being significantly better prepared.”

A Government spokesman responded: “The Get ready for Brexit campaign reached 99.8% of the UK population and the NAO’s findings showed increased public awareness of the action they needed to take to be ready to leave the EU.

“Not undertaking the campaign would have risked significant and unnecessary disruption to businesses and to people’s lives.”

“Once again the Tories are misusing their powers at the expense of our democracy.

“Given how poorly this campaigned performed it should be referred to the Electoral Commission and be included as part of the Tory general election spend.”

By the numbers: How does Calgary’s proposed new arena stack up against other NHL rinks