The Prime Minister will this evening attempt to push through a general election for December 12, which will be the fourth attempt in the past month after Labour leader Jeremy Corbyn rejected the major ballot until today. It is expected that Mr Johnson will get his Christmas wish this evening as despite needing just over half of a majority instead of the traditional two-thirds, the SNP and Lib Dems have already backed the motion too. Mr Farage said voters would have a “series of choices” to make when they are expected to vote in six weeks during the run-up to Christmas.

This is because the Brexit Party currently has just over 450 candidates for the poll, but the snap poll is reported to not give them enough time to gather the full amount of candidates to contest all 650 constituencies across Britain.

A source told The Times: “Both the Brexit Party and the Tory party need to get their sh** together.” 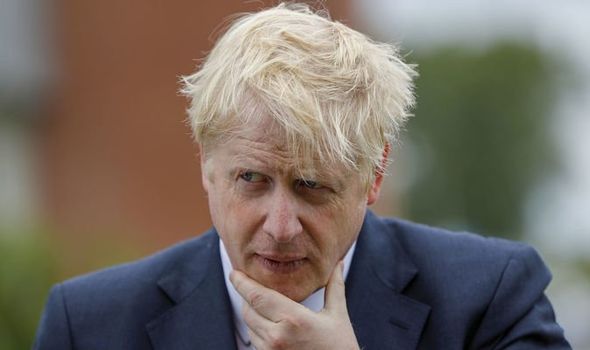 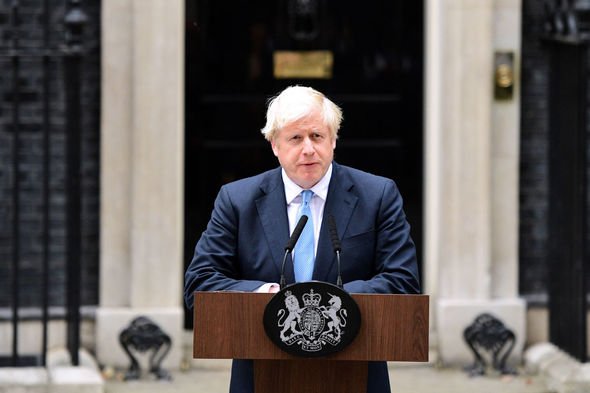 He did not rule out last-ditch talks with Mr Johnson to make a Tory-Brexit Party pact to get Brexit over the line.

Referring to Mr Johnson directly, he said: “I just don’t know but I think if he is going to fight the general election on the basis of that treaty then I think as a Leaver it is very difficult.

“But it would appear he wants to fight the election on the basis of that treaty which I just don’t think is Brexit. But that may change.” 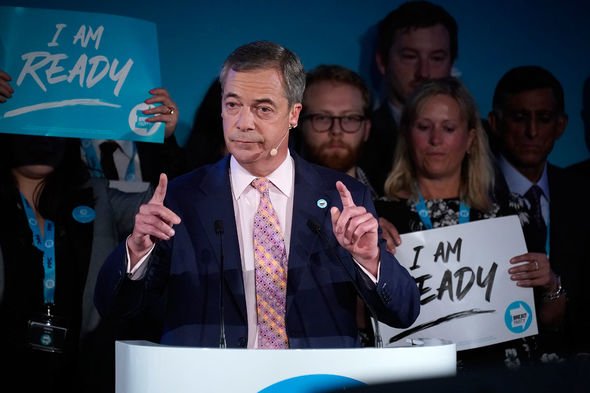 Mr Johnson has repeatedly turned down the offer of a pact, vowing to instead get Brexit done without the help of Mr Farage.

He also said his preference was to establish a “Leave alliance”.

He added he would not let Mr Johnson “sell this country down the river with a really bad deal”.

Germany angry Brexit ‘exodus did not happen’ for business 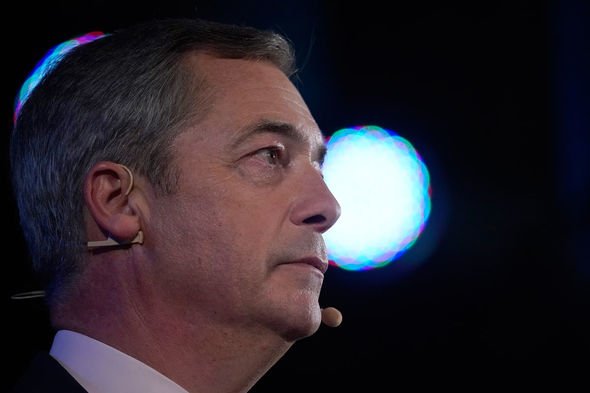 Leave.EU, the campaign group behind the Brexit vote, is urging the two parties to find a way to work together.

Despite Mr Corbyn’s change of heart over an election, his MPs have warned the ballot will tear the Labour Party apart.

Speaking to BBC news, Mr Corbyn said: “We always said we wanted an election. We do want an election but we wanted no deal to be taken off the table.

“We’ve now had confirmation from all 28 EU member states that no deal is off the table. 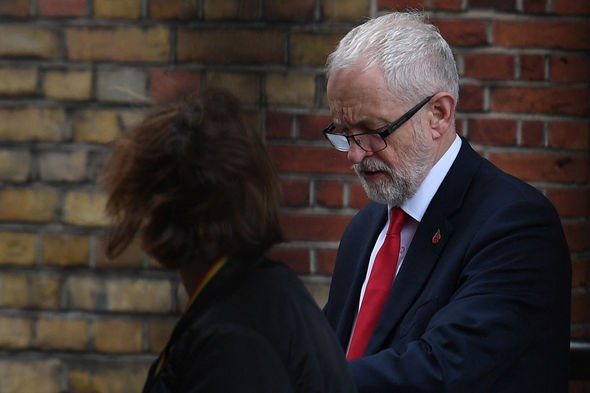 “We are going to go out there with the biggest campaign this party has ever mounted totally determined.

“I’m absolutely looking forward to going to every part of this country with my wonderful Shadow Cabinet team and all the Labour activists to give a message of hope where isn’t one with this Government.”

While many Labour figures tweeted enthusiastically about the prospect of an election, Huddersfield MP Barry Sheerman posted: “Sheer madness to hold a General Election in December & on Boris Johnson’s agenda!”

Another MP told the MailOnline: “They are f***ing mad. They think they are on the brink of a new socialist dawn.”