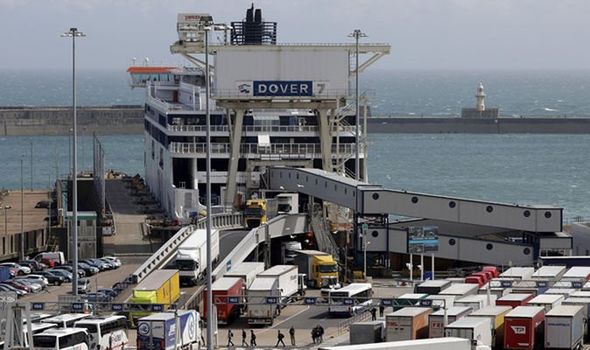 In a media interview, he played down warnings of traffic gridlock in Kent as a “worst-case scenario” set out in a recently released Government document outlining no-deal Brexit contingency plans. He said: “We are doing whatever we can to ensure that Britain continues to trade effectively in a post-Brexit scenario. Some of the statistics or some of the information that was contained within the Yellowhammer report, it could have been a worst-case scenario from a couple of weeks ago or a couple of months ago even, but each and every day, each and every week, the situation is improving.”

Mr Bannister praised the Government’s grasp of the issues facing post-Brexit trade at Dover, saying it was “encouraging”.

Meanwhile, Mr Bannister said while Operation Brock is in place to allow lorries to be stored on the M20 if queues start to build, the focus needs to be on how to minimise disruption across the whole of the region.

Asked about what the post-Brexit picture is likely to look like, Mr Bannister said there is “no doubt there will be some incremental friction in the trade”.

“Nobody really knows what happens.

“One thing I do know is for our operations here in the Port of Dover, we deal with uncertainty every day. 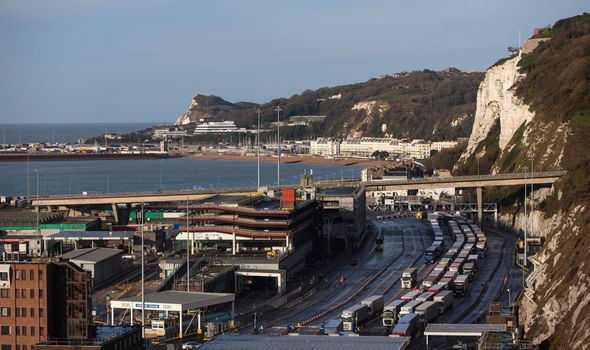 “We can have disruption occur at any point in time and the teams of people we have here are really well versed in handling disrupted traffic flows and getting the business and indeed the traffic all up and running as quickly as possible.”

Preparations are ongoing in Dover as well as at the Eurotunnel and ports in Calais to ensure the best arrangements for post-Brexit trade, Mr Bannister said.

He added: “What we are all doing is we are painting a picture that we’re prepared and that is starting to increase confidence in Government circles that we’ll be able to carry on trading, hopefully largely in the same way that we do today.”

Mr Bannister stressed the importance of making sure that border controls are “no more onerous” at the port post-Brexit than they are today.

He warned that if traffic processing times – currently five minutes – rose by two minutes it could create a 17-mile queue at the border.

“That’s how critical it is to make certain that the activities happen away from the port.

“Such activities are reviewing customs paperwork and collection of duties and those type of activities rather than the security activities which are best placed at the frontier,” he said.

Asked whether a delay to Brexit would present a problem for trade at the busy port, he said: “The challenge that we would have with another delay of Brexit is again that we are prolonging the period of uncertainty.

“Because once we know what we are planning upon then that means that we can put in place all the measures, the management practices, the change in processes. But until we know what that trade environment is going to look like, it’s very difficult for us to do that.

“So we continue to be in a bit of limbo whilst we wait for that to be generated.”

Mr Bannister praised the attitude of Boris Johnson’s Government in talks about Channel trade during a roundtable discussion at the port.

“One of the things that I felt certainly is that the secretaries of state were all well-briefed on what the issues were.

“So we were not telling them anything that they did not already know, which was very encouraging, and we also received a lot of good input in that the issues that we were talking about, they were putting in place programmes and mechanisms to be able to address those.

“I think the recent release of the Brexit preparedness paperwork is a good testament to them taking action and making certain that the nation can be as prepared as it possibly can be.”

Dover MP Charlie Elphicke said: “No one knows what disruption there might be on the French side” but pointed out that delays in Dover would be damaging for EU exporters.

“I am confident common sense will prevail,” he said.

Mr Elphicke added: “This just shows the doomsters and gloom-mongers are completely wrong. We can make a success of leaving the EU on October 31, deal or no deal, and our best days are yet to come.”

Nearly at war just weeks ago! Military veterans outraged at plan to host Trident in France