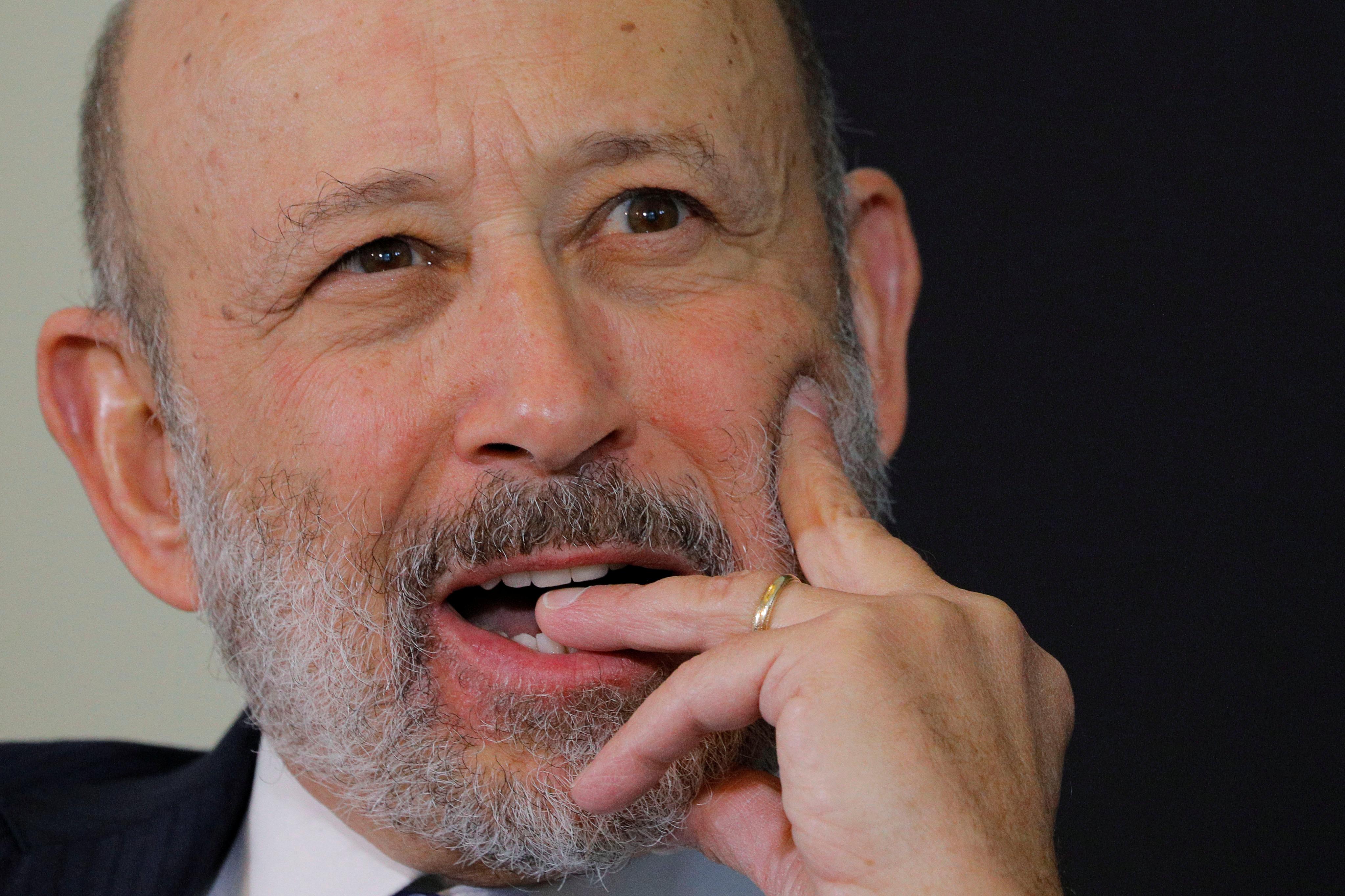 WASHINGTON (Reuters) – Lloyd Blankfein, a former Goldman Sachs chief executive, said on Thursday he was “surprised” to be featured in an advertisement released by Elizabeth Warren, writing that “maybe tribalism is just in her DNA” amid a back-and-forth between the presidential contender and prominent billionaires.

Warren, a Democratic U.S. senator from Massachusetts, aired a television ad on Thursday about her proposed 2% tax on wealth beyond $50 million.

In it, Blankfein is shown with a caption saying he “earned $70 million during the financial crisis.”

The ad also shows a clip of Leon Cooperman, the chairman and chief executive of investment advisory firm Omega Advisors, saying the “vilification of billionaires” is “bull,” along with the fact he was charged with insider trading. Venture capitalist and Republican donor Peter Thiel says he is “most scared by Elizabeth Warren.”

“Surprised to be featured in Sen Warren’s campaign ad, given the many severe critics she has out there. Not my candidate, but we align on many issues. Vilification of people as a member of a group may be good for her campaign, not the country. Maybe tribalism is just in her DNA,” Blankfein, now a senior chairman at Goldman, wrote in response on Twitter.

President Donald Trump has criticized Warren for saying she was of Native American heritage, dubbing her “Pochahontas” ahead of her presidential bid and calling for her to take a DNA test. Warren did, and it showed Native American ancestry dating back multiple generations. She has apologized to Native American leaders.

Blankfein, 64, led the powerful U.S. investment bank from 2006 to the fall of 2018, and is largely credited with helping keep the company afloat during the financial crisis with an early decision to rein in exposure to risky mortgage-backed securities.

However, the bank was highly criticized for its role in the crisis and for paying out billions of dollars in bonuses to top staffers during the years following 2008.

Born in the South Bronx and raised in a predominantly Jewish housing project in Brooklyn’s East New York neighborhood, Blankfein’s rags-to-riches story is well known in the world of finance. His father worked, at one point in Blankfein’s childhood, worked the graveyard shift sorting mail for the post office. Blankfein himself worked his way through Harvard University and Harvard Law School, helped by financial aid.