(Reuters) – Bill Gardner, the New Hampshire official who has zealously guarded his state’s position kicking off U.S. presidential races for four decades, could end his long run in office on Wednesday if lawmakers pick a new secretary of state. 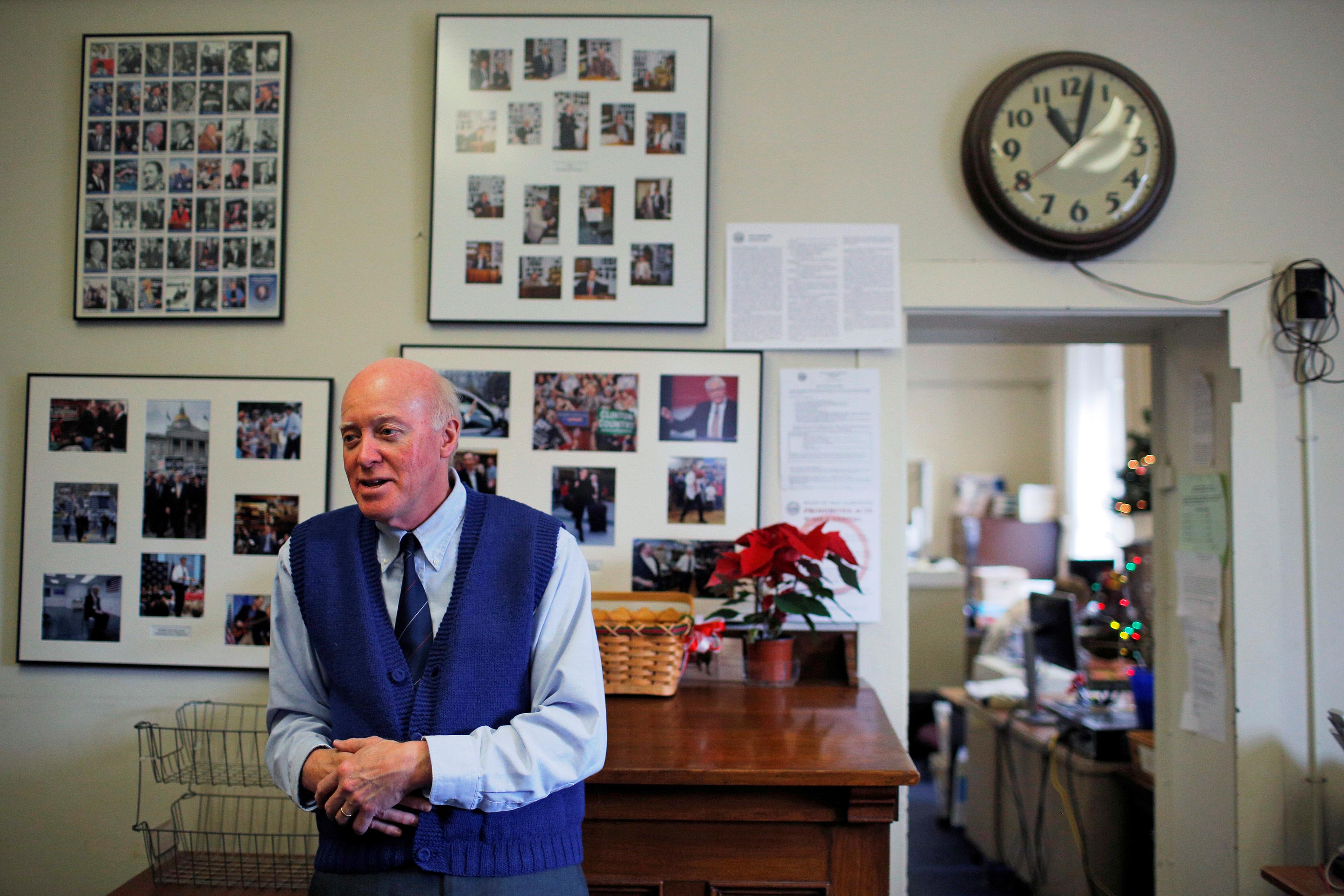 Gardner, 70, has held that role since 1976, when Democrat Jimmy Carter and Republican Gerry Ford won the state’s nominating primary. Now he faces his first challenger in decades in Colin Van Ostern, a failed gubernatorial candidate.

Both candidates are Democrats, but Van Ostern is looking to capitalize on anger among Democrats in the state over Gardner’s role in a now-defunct commission Republican President Donald Trump named to investigate allegations of voter fraud in the 2016 elections.

The same wave of anti-Trump sentiment helped Democrats regain majorities in both chambers of the legislature in the Nov. 6 elections.

Van Ostern, who unsuccessfully sought the Democratic gubernatorial nomination this year, has campaigned aggressively for the job, while Gardner has taken a more stand-back approach.

Gardner has long been tasked with protecting the state’s key role in presidential politics. New Hampshire’s nominating primary, where each party selects its candidate, is by tradition the second major contest in U.S. campaign seasons after Iowa’s caucus, followed by a state-by-state series of contests.

The New Hampshire primary is preceded by months of visits by prospective candidates and hordes of media, an economic and public relations bonanza for the small and largely rural state. It also preserves an increasingly rare style of retail politics where candidates for the White House answer voters’ questions in town halls and shake hands in diners, rather than communicating mainly through TV and online ads.

New Hampshire law mandates that its primary occur at least a week before any similar contests in other states, a position that Gardner guarded carefully through the 2008 and 2012 campaign cycles when the state’s primary was squeezed into early January.

That timing did not suit the national Democratic and Republican parties, which concluded that it pushed too much campaign activity into the holiday period when many Americans were not paying attention to politics. The primary slipped back into February in 2016.

Before that contest, Gardner remained cagey about what he would do, saying in an interview, “I have never set the date and then changed it. I wait until I feel it’s safe to do it and then I do it.”