Home » Politics » Have they no shame? UK lives at risk from Macron and VDL’s ‘anti-vaxx’ comments – warning

Both EU heavyweights have tried to defend their bungled vaccine rollouts by expressing concern over the efficacy over the drug made by AstraZeneca and Oxford University. Such is the continued attack on the vaccine – which has proven to be highly effective after 12 weeks – Westminster sources have now accused the pair of being out of their depth. Government insiders also say the pair have endangered lives as their comments veer towards “anti-vaxx disinformation”.

One Downing Street official said of Ms Von der Leyen: “By first trying to put up a hard border in Ireland, and then suggesting our vaccines aren’t safe, she has twice endangered the lives of British citizens in the space of a week.

“Hopelessly out of her depth.”

After Mr Macron said AstraZeneca’s drug was “quasi ineffective” for over-65s, another likened the French President to Piers Corbyn.

Such were the incredible remarks, the UK official claimed it could get “a crank” banned from Youtube. 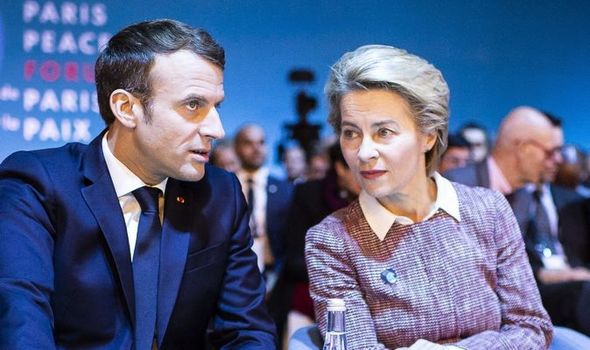 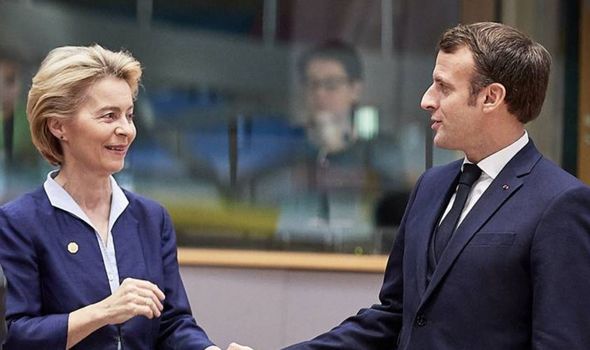 They told Politico: “Will he be joining Piers Corbyn on his next protest?”

A second said: “For all our disagreements over the last few years, it is frankly astonishing that the EU, and the leader of a supposedly functioning Western democracy, would essentially spread anti-vaxx disinformation.”

In an incredible claim, Mr Macron said the French government was not encouraging those over 65 to take it due to the lack of information available.

Prior to the European Medicines Agency (EMA) approving the drug on Friday, Mr Macron said: “Today we think that it is quasi-ineffective for people over 65. 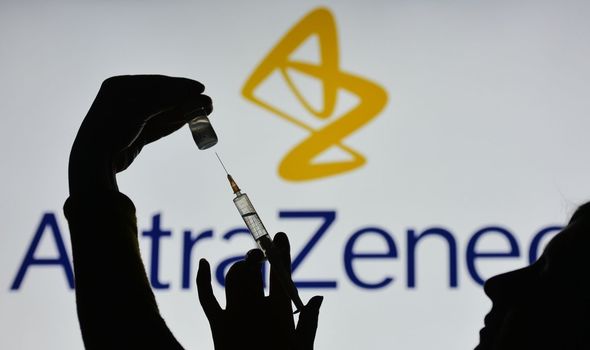 “What I can tell you officially today is that the early results we have are not encouraging for 60 to 65-year-old people concerning AstraZeneca.”

Despite the approval from the EMA, his key ally and European Affairs Minister Clement Beaune echoed further concerns over the vaccine.

Although Britain has led the way in vaccinations in Europe, he claimed the UK had taken many risks in its vaccination programme.

In support of her colleagues, Ms von der Leyen claimed the UK had resorted to a rushed approach to vaccines. 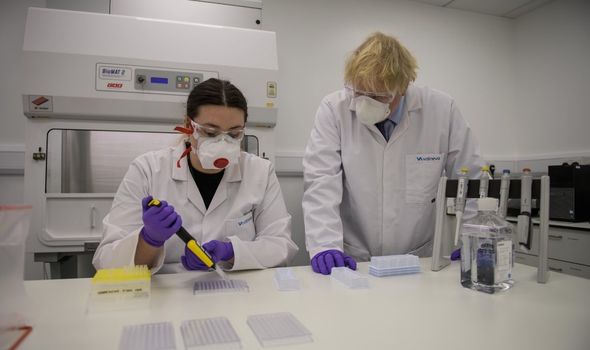 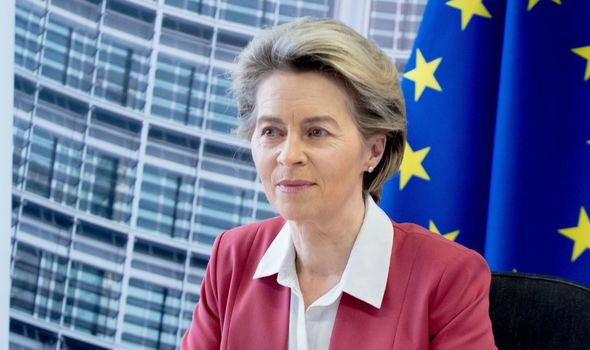 Following the fiasco over her vaccine threat last week, she said: “Some countries started to vaccinate a little before Europe, it is true.

“But they resorted to an emergency, 24-hour marketing authorisation procedures.”

In an embarrassing moment for the EU, these comments come as a report into the vaccine showed it to be 76 percent effective between three and 12 weeks.

The first dose was also found to be able to prevent serious illness for those who have contracted the virus.

Even better still, the overall efficacy rose to 82.4 percent after the second dose of the drug after 12 weeks.

The vaccine was also found to be 67 percent effective in stopping transmissions.

These data sets have been found to support the Joint Committee on Vaccination and Immunisation decision to vaccinate as many people as possible with a first jab. 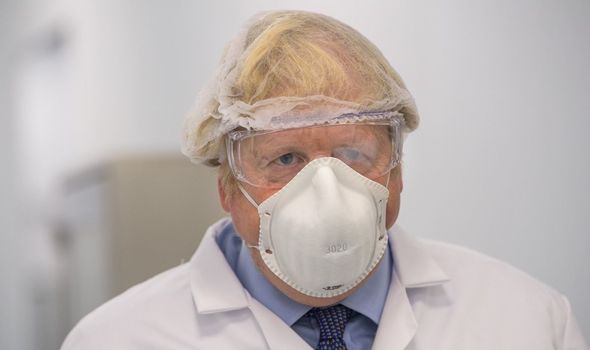 He said: “It also supports the policy recommendation made by the Joint Committee on Vaccination and Immunisation (JCVI) for a 12-week prime-boost interval, as they look for the optimal approach to rollout, and reassures us that people are protected from 22 days after a single dose of the vaccine.”