The recent notion that Democrats will hold the Senate might be wrong. Here’s why some Democratic strategists are nervous. 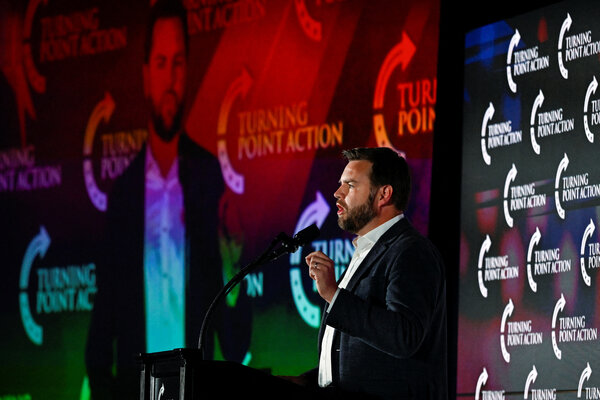 It has recently become conventional wisdom that Democrats have a pretty good chance of clinging to the Senate — despite a national political environment that has looked dire for their party throughout most of this year.

I’ve written about this a fair bit myself. And even Mitch McConnell, the once and possibly future Senate majority leader, has taken to complaining lately that Republicans have a “candidate quality” problem.

McConnell’s deputies use other words in private that cannot be printed here — a reflection, in part, of the tensions between his camp and the network around Senator Rick Scott of Florida, who is officially running the G.O.P.’s Senate campaign efforts. In the view of McConnell’s team, it should be Scott’s responsibility to clear the field of fringe candidates who can’t win general elections, and he failed to do so in many of the biggest Senate races. Adding to those tensions is the fact that Donald Trump has openly feuded with McConnell and threatened to muscle him out of the role of Senate leader in favor of Scott.

So when McConnell complains about “candidate quality,” he’s also taking a shot at his own rival, Scott.

With those caveats out of the way, let me say this: Republicans might very well do better than the pundits expect. And that is keeping some Democratic strategists up at night.

This is true for two main reasons: a flood of outside money that is about to hit the airwaves on Republicans’ behalf, and polling that indicates that the political environment remains a problem for Democratic candidates, despite their party’s recent string of accomplishments.

Senate Democrats have been able to outspend and out-fund-raise Republicans so far this year.

That’s partly a function of incumbency. G.O.P. candidates have spent the bulk of their money and energy attacking one another and vying for Trump’s favor, and Democrats have well-established email lists and national infrastructure to support them.

With the primaries wrapping up, however, that’s about to change in a big way. Outside groups are tooling up tens of millions of dollars in ad spending on behalf of Republican candidates, according to public reports. And television advertising still matters a great deal with the older voters who traditionally dominate midterm elections.

There’s the Senate Leadership Fund, a group close to McConnell, which has announced $141 million in advertising reservations. That compares with just $106 million announced by Senate Majority PAC, the counterpart on the Democratic side.

Already, the leadership fund has ramped up its spending in key states, adding more than $9 million in spending in Georgia, $20 million in Ohio and at least $1 million in Pennsylvania.

Another group affiliated with McConnell, One Nation, lifted its spending by nearly $2.6 million in Georgia, $1.24 million in Wisconsin and a little over a quarter-million dollars in Nevada.

Raising money outside the official campaign apparatus has frequently been an advantage for Republicans, who tend to have a much easier time enticing single megadonors to cut large checks. Democrats have plenty of megadonors of their own, of course. But liberal funders are often pulled in multiple directions, driven by causes like climate change, women’s rights or L.G.B.T.Q. issues rather than electoral politics.

Whether Republicans will see their usual monetary advantage is more in question this time. In the past, Republicans have relied on individual billionaires like Sheldon Adelson and the Koch brothers to bankroll super PACs and other kinds of groups. But Adelson died in 2021, and his wife, Miriam, has not indicated the same level of interest in financing politics. The Koch brothers have loudly declared that they are no longer as engaged in donating to political campaigns and would prefer to work on issues like criminal justice reform.

Who is Konstantin Chernenko? Why did Boris speak about him during conference speech?