The Prime Minister savagely pointed out it was clear what the British public thought of Jeremy Corbyn and Labour’s “credibility” following their crushing general election defeat in December 2019. Mr Johnson also ridiculed the opposition’s manifesto which left the House of Commons in stitches.

The Prime Minister said: “Mr Speaker I am delighted that he is still fighting on the manifesto he submitted to the British public last election.”

The House of Commons erupted with laughter following the brutal dig.

“It was also clear what we’re going to do, that we’re the party of the NHS. 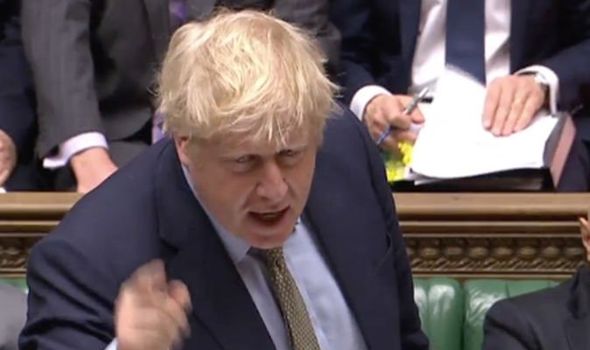 “They see that it is this Government that invested in hospitals, in schools, in policing and in bringing crime down.

“That is because it is this Government who’s careful stewardship of the economy has led to record employment, record unemployment which delivers the tax revenues that enables us to pay for the whole thing.

“Whenever Labour is in office they wreck the economy and they put unemployment higher and they make us less able to pay for great public services.

“They will not take this country forward, they will take it backwards.”