In a rarity, the A.T.F. may soon have a director. But the agency still faces N.R.A.-backed limitations. 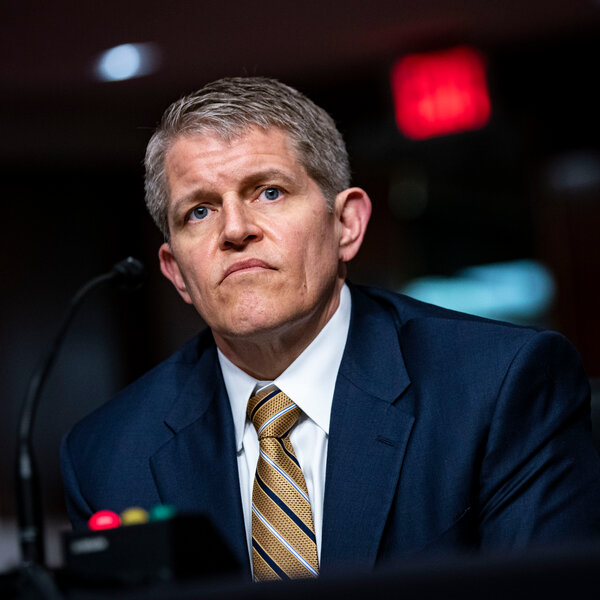 The Bureau of Alcohol, Tobacco, Firearms and Explosives has been without a director for 13 of the last 15 years.

That’s because 2006 was the year when Congress passed a law, pushed by gun rights advocates, requiring the agency’s director to be confirmed by a majority in the Senate. Since then, only the Obama administration has successfully confirmed an A.T.F. director: It did so in dramatic fashion in 2013, with one Democratic senator flying in overnight to help overcome a filibuster.

President Biden is trying to become the second president since 2006 to fill the position.

And his nominee to run the agency, David Chipman, a two-decade A.T.F. veteran, stands a good chance: The Democrats’ two most consistently centrist senators, Kyrsten Sinema and Joe Manchin, have signaled they’re likely to support his nomination — and that may well be enough to get him confirmed, even if Republicans are united in opposition, as the filibuster is no longer an option on presidential appointees.

It would be a boon to a growing Democratic movement advocating more effective gun safety regulation — and a blow to the National Rifle Association, which has consistently sought to kneecap the A.T.F.

Keeping the director position vacant has been “a pretty effective strategy,” said Robert Spitzer, a political scientist at the State University of New York, College at Cortland, and the author of five books on gun policy.

While there is always an interim or acting director, “agencies have directors for a reason,” he said. “You want a person at the top of the chart to advocate for the agency, be its public face, have the prestige of the office, be able to negotiate with members of Congress and the executive branch.”

He said the N.R.A. and its Republican allies had also succeeded in passing a number of amendments, often quietly, that prevented the agency from keeping close track of guns and enforcing even the limited gun-control laws that exist. They’ve accomplished this mostly by keeping the agency’s “appropriations low, limiting their power, preventing them from computerizing their records,” he said.

N.L. leaders to square off tonight in first TV debate of provincial election

Britons furious as SNP hatches plot to realign Scotland with Europe: ‘We are OUT of EU!’