Home » Politics » ‘I will wait until they are evicted!’ Truss red-faced as Foreign Sec BOOED and heckled 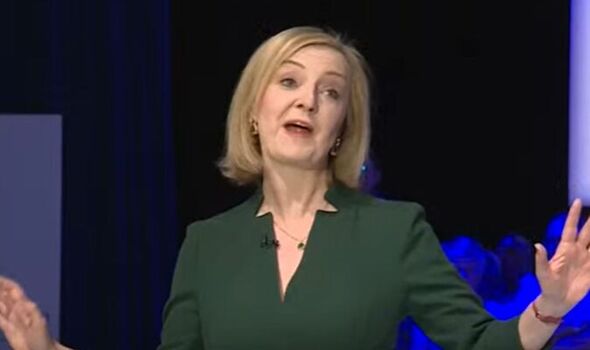 'Shame on you!': Lizz Truss interrupted by protesters at hustings

During the latest round of hustings as part of the Conservative Party leadership contest between the foreign secretary and former chancellor Rishi Sunak, a small group of activists broke out in protest within minutes of her taking the stage. The group could be heard shouting “shame on you” as they were quickly escorted out by security to cries of “out, out, out” by the Tory party members. Ms Truss then quickly launched into a diatribe decrying the “militant people who try to disrupt our country”, pledging  to “legislate immediately” to prevent such activists from being provided a platform while the audience roared in applause.

“I would legislate immediately to make sure that we are standing up to militant trade unions who stop ordinary commuters getting into work.

“And I would legislate to protect our essential services. And I will make sure that militant activists such as Extinction Rebellion are not able to disrupt ordinary people who work hard, do the right thing and go into work.”

In Restricting Early Voting, the Right Sees a New ‘Center of Gravity’