Home » Politics » In early campaigning, 2020 Democrats try out tactics for taking on Trump

HEMINGWAY, S.C. (Reuters) – In the most polarized political environment in decades, Democratic voters want to know how their eventual nominee will match up against President Donald Trump in the November 2020 general election. 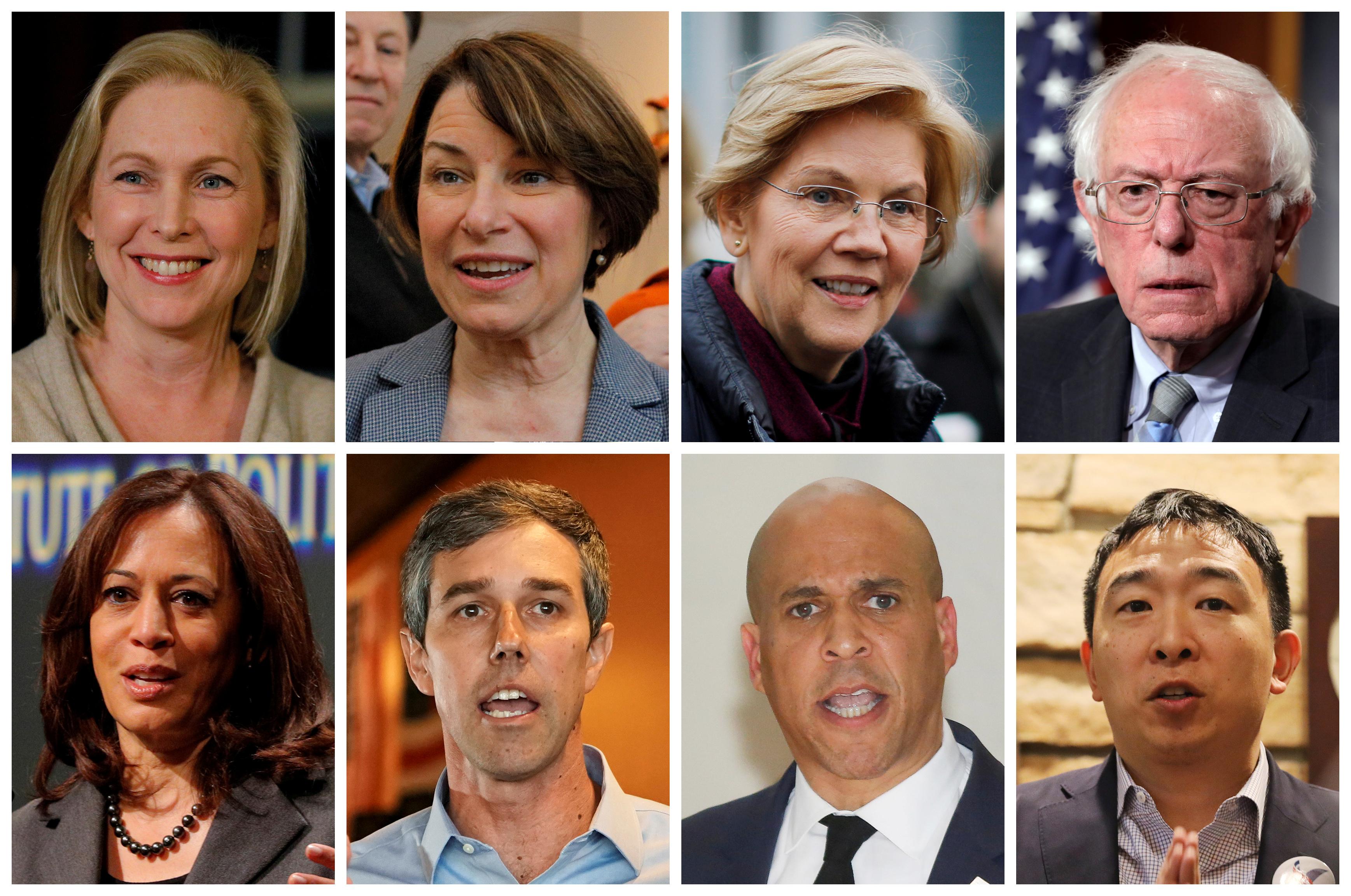 Senator Kirsten Gillibrand of New York appears willing to go the furthest yet, at least symbolically, in trying to prove she is ready to go toe-to-toe with the president.

On Sunday, she will deliver her campaign launch speech at a rally in view of one of Trump’s hotels in New York City, taking her “vision of restoring America’s moral integrity straight to President Trump’s doorstep,” her campaign said.

The backdrop for her speech underscores a defining theme of the Democratic nominating contest. Trump is present at every campaign stop – not physically, but as a constant topic of discussion, even if his name is not uttered by those seeking to defeat him.

Candidates are trying to convince voters in early primary states that they would provide the best Trump opposition. And in a large field with few variations on policy so far, each contender is using different tactics to make their case.

“Voters need to believe that a candidate can stand on stage, take a rhetoric punch from Trump and still look strong and viable,” said Joel Payne, a Democratic strategist who worked for Hillary Clinton in the 2016 White House race.

Potential and declared candidates including former Vice President Joe Biden and Senators Elizabeth Warren and Bernie Sanders “have likely already passed that litmus test with voters,” Payne added. “Others who are less known to the public probably still have some proving to do.”

A February poll by Emerson College found every Democratic hopeful out-performed Trump in a hypothetical general election matchup, except when a third-party candidacy was added to the equation.

Harris, a former prosecutor, is seeking to convince voters that her courtroom experience prepared her to be able to successfully “prosecute” Trump on the debate stage, a campaign aide said.

But Harris does not plan to make her case using any demeaning nicknames for Trump, something the president did during the 2016 campaign to deride his opponents.

A February poll by Monmouth University found that 56 percent of Democrats would prefer a nominee who has a good shot at defeating Trump even if they do not agree on policy positions.

The poll found women voters – who turned out in droves during the 2018 midterm elections to help send a historic number of women to Congress – were even more inclined to prioritize electability over ideology with 61 percent putting their positions aside in favor of a candidate who can defeat the president, compared to 45 percent of men.

The high level of Democrats citing electability over “kitchen table” issues like jobs and the economy was surprising to Tim Hagle, a political science professor at the University of Iowa.

But Hagle thinks it could be a product of the large field of Democrats, with voters looking for ways to whittle it down. Once the field narrows, policy issues such as immigration and jobs could again emerge as top concerns, he said.

“What is different this time is the intensity about wanting to defeat Trump,” Hagle said.

Even candidates who are inclined not to tussle with Trump directly still talk about him a lot.

In Mount Vernon, Iowa on Friday, Beto O’Rourke largely spoke of Trump in the context of using his campaign to try and bring people together. He criticized Trump – not using his name – for how the president talks about immigrants and Muslims.

“We’ve never been as divided as we are right now. And we’ve never seen the kind of rhetoric employed by this president in our history,” said O’Rourke, a former Texas congressman. “This is absolutely wrong. And there’s a consequence to this rhetoric and the policies employed by the president.”

Senator Cory Booker of New Jersey, a Democratic hopeful, insists Trump can be defeated by a candidate who offers a calmer tone instead of attacks.

“I know there’s some ‘fight fire with fire’ people out there, and God bless ‘em, if they become the nominee, I’m behind them,” Booker told a group of voters at a New Hampshire pub last week. “But I’m willing to die on this hill, because I believe that when we as Americans extend grace to one another, we’re not weaker, but stronger.

“My mom taught Sunday school, and she taught me to love my enemies,” Booker said. “I’m not going to let anybody drag me so low as to contort my soul and make me hate them.”