Home » Politics » In Nevada, Unemployed Workers Wait for Aid That Will Still Not Be Enough

Stimulus checks may be on their way, but those struggling to get by worry that the money will soon be gone. “Every morning I wake up thinking about where my help is going to come from,” one woman said. 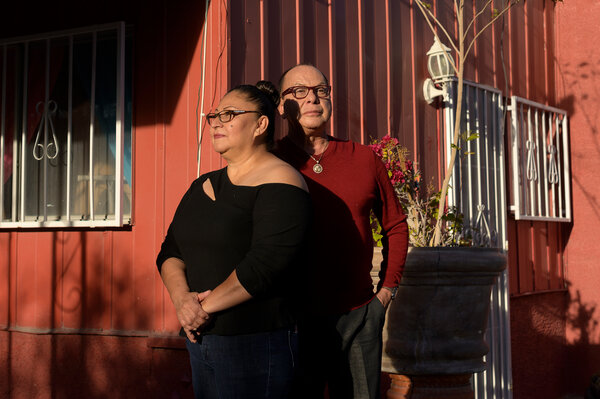 LAS VEGAS — Bobby Hernandez plans to spend his stimulus check on medication to manage his diabetes. Wilma Estrella will use hers to pay the electricity bill. Lizbeth Ramos intends to catch up on the rent, though the money will not be enough to cover all that she owes.

They are hardly alone: No state’s work force has been battered as badly by the coronavirus pandemic as Nevada’s, and people are especially struggling in Las Vegas, a boom-and-bust city where tourist dollars and lavish tips have given way to shuttered hotels and weed-strewn parking lots.

It is hard to remember the level of optimism and exuberance that prevailed here a year ago, as presidential hopefuls traipsed through the state for the Democratic caucuses. The economy had roared back from the Great Recession, and it could seem that growth was limitless.

Today, the grim desperation is softened only by the hope that vaccinations will bring tourists eager to celebrate and spend. Though most casinos have reopened, they have a small fraction of the tourists they once did. Many restaurants have shuttered their doors for good, and those that are open are at limited capacity.

As a result, a year into the pandemic, Las Vegas has the highest unemployment rate among large cities, with more than 10 percent out of work, according to the Bureau of Labor Statistics, and over the last year the work force in Nevada has lost more income than in any other state.

For many, the only thing that cushioned the blow was the federal stimulus checks. Now more money is on the way: The $1.9 trillion relief bill that President Biden signed Thursday would direct about $4 billion to the state. Vice President Kamala Harris plans to visit the city Monday, part of the administration’s effort to rally public support for the measure.

But for those scraping to get by, the promise of another stimulus payment has not relieved the anxiety of knowing that, no matter how much it helps, it will almost certainly fall short.

“I feel pretty scared every day, right now, whenever I think about my bills,” Ms. Ramos, a 32-year-old waitress, said as she loaded bags from a food pantry into her trunk on a recent afternoon. “Basically every morning I wake up thinking about where my help is going to come from — is it here? Is it the government? I don’t really know who is looking out for people like me.” 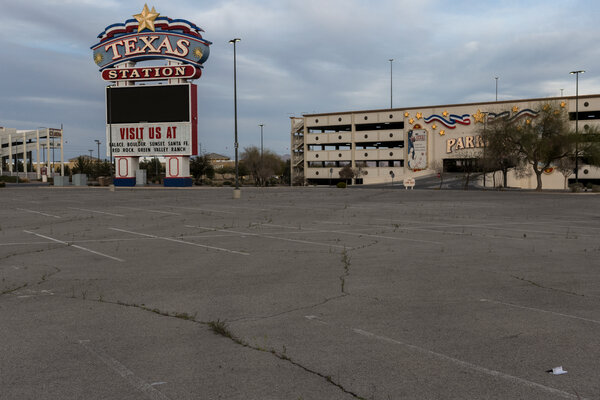 Because the economy relies so heavily on tourism and the service industry, Nevada — and Las Vegas particularly — is one of the most economically vulnerable parts of the country. The coronavirus pushed the state to an economic cliff even more dramatic than the recession did a decade ago.

Last year, the Democratic-controlled Legislature slashed some $1.2 billion from the state budget, stopping construction projects and cutting funding to the health budget. In April, Nevada registered unemployment of 29.5 percent, higher than in any state in any month since the Bureau of Labor Statistics started tracking state unemployment rates in 1976. .