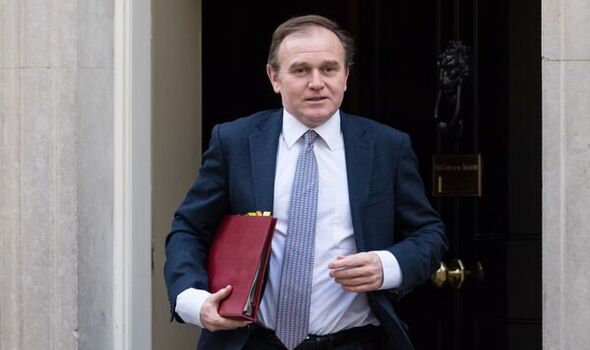 George Eustice said Government analysis suggested “around three-quarters of the price pressures” can be directly attributed to the price of gas.

He added the remainder of the pressures are due to other factors, including “rising costs of labour as wages rise for the lowest paid”.

Mr Eustice made his claim in the Commons after Labour warned the Government was not doing enough to intervene on rising food costs, and is instead spectating “from the sidelines”.

Responding to an urgent question from Labour, Mr Eustice said: “The cause of the pressure on household incomes has been the global spike in gas prices and the corresponding impact on people’s energy bills – electricity bills and gas bills on households have risen very sharply.

“Now the Government has put in place some measures to try to mitigate and dampen that but we’ve always been clear we cannot remove that impact altogether.

“And of course, because people need to buy food every week, when there is pressure on their household budget then an inability to buy food is what they notice first – even if food prices have not changed dramatically from where they were previously were.”

He asked: “What difference in monetary policy has protected them, and exposed us?”

Mr Eustice replied: “The analysis that we’ve done on the food price inflation that exists – and I would point out to him that in the month of April food prices on average rose by 1.5% – but the analysis we’ve done suggests that around three-quarters of the price pressures we’ve seen can be directly attributed to the price of gas and the remainder to other factors, including rising costs of labour as wages rise for the lowest paid.”

Tory MP Richard Fuller said: “The key aspect that’s beneficial for most families is to put more money into their pockets through tax cuts.”

Mr Eustice replied: “These matters of course are regularly discussed within Cabinet, but it’s perhaps best that I don’t go further at this particular stage.”

For Labour, shadow environment secretary Jim McMahon told Mr Eustice: “He can reel off the stats all he wants, but working people know when they go to the supermarket the price of almost everything they are buying is going up and up and up, and all the Government will do is to spectate and commentate from the sides.”

“It beggars belief that a minister would even try to point the finger at low-paid workers for the cost-of-living mess.”

“For a Government that crowed about raising the minimum wage to now turn its fire on those on rock bottom wages is astonishing. Its time would be better spent helping struggling households.”

No deal on the brink: Emergency budget set for October as Brexit moves step closer

‘I am not a racist,’ says dumped Liberal candidate at chaotic press conference