The sorrow at the loss of Queen Elizabeth II and accession of her son King Charles III has massively boosted support for the monarchy in Britain, an exclusive poll has revealed. A Techne UK poll for Express.co.uk has shown that 58 percent of people are “more supportive” of the monarchy than they were before.

The survey of 1,624 people taken on September 14 and 15 showed more than a quarter (26 percent) are much more supportive of the monarchy and another 32 percent a little more supportive.

Only a combined 11 percent are less supportive after wall-to-wall coverage of the late Queen’s death and the passing of the crown to a new King.

Another 26 percent say their opinion has not changed with many of them already supporters of the monarchy as an institution in the UK. 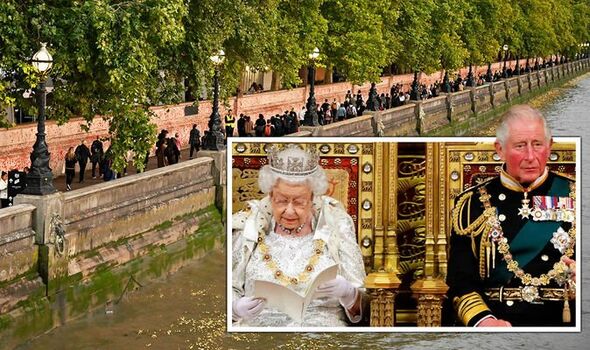 The backing for the UK’s constitutional monarchy comes up in every age, education and voting category.

Even young adults (18 to 34), who have traditionally been more sceptical about the institution, say in the survey that 55 percent of them are more supportive.

Another group which previously has shown to be more republican – university degree level or above – has come out as 61 percent more supportive of the Crown.

It follows thousands of people lining up to queue for 12 hours or more to pass by Queen Elizabeth II’s coffin in Westminster Hall. 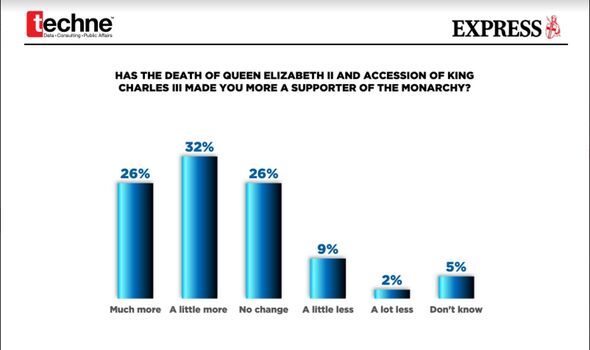 Former minister and senior Tory MP Sir John Hayes, who has worked with King Charles on improving public spaces, said that the surge in support was because people are “sorrowful about the loss but excited for the future” with a new King.

He said: “The Monarchy has never been more popular.

“The sorrow of the last 10 days has deeply affected people not only for their sadness for the loss of Queen Elizabeth II but their belief and hope in the Monarchy’s future.

“It really has brought home to all of us how important our Monarchy is to Britain’s domestic wellbeing and reputation throughout the world.” 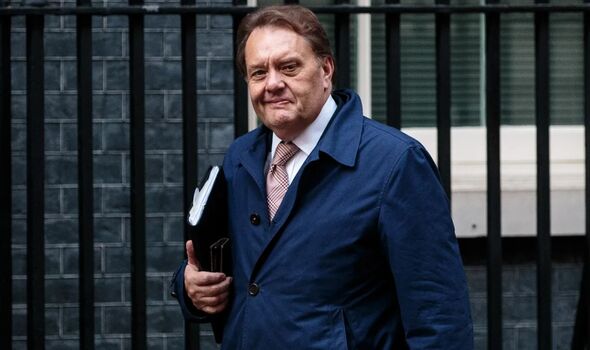 He added the loss was not just a reflection of the devotion and gratitude to the late Queen but also a “vote of confidence in the new King.”

“The way our new King has been dealing with the loss and his accession is proof that he will make a very worthy successor.

“It is clear that the country wants all the very best for him.”

King Charles III will lead his mother’s funeral procession on Monday but has quickly sought to secure her legacy by reaching out to and visiting Britain’s four nations as well as holding talks with the Commonwealth leaders.

The backing for the Monarchy suggests that the attempt by Welsh Labour First Minister Mark Drakeford to not have a grand investiture for the new Prince and Princess of Wales could be going against public opinion.

Biden Banks on $3.6 Trillion Tax Hike on the Rich and Corporations