Voters across the UK are heading to polling stations cast their ballots in the UK’s December snap election. Polling stations are open until 10pm, with an exit poll following shortly after.

Party leaders have been spotted out in their constituencies casting their own votes, accompanied by fellow politicians, partners or in Boris Johnson’s case his dog.

As polling stations opened this morning, reports came of queues stretching around street corners as eager voters waited to have their say.

It will be a long night for candidates up and down the country, with results expected to be released in the early hours of Friday morning.

Exit polls at 10pm will indicate how the results may go, and after the past few elections, the exit poll has produced a very accurate projection of the actual result. 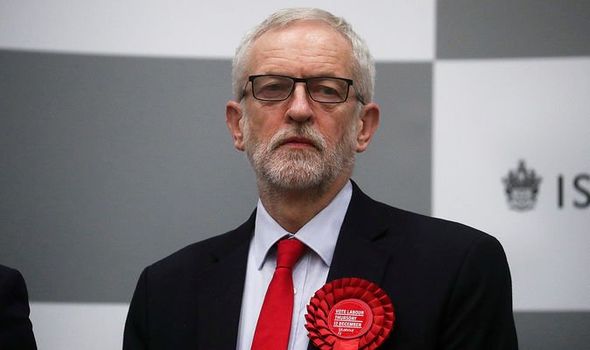 If Labour loses the election, will Jeremy Corbyn stand down?

Labour leader Jeremy Corbyn was out canvassing for last-minute votes on Wednesday and had every confidence in his party’s ability to win the election.

He addressed hundreds of supporters outside the Sporting Lodge Inn in Middlesbrough as he said: “Of course we are going to do it – no problem at all.”

Mr Corbyn said the “only poll that matters is the one tomorrow”, and added victory would come because Labour’s “message of hope” was being heard by voters despite a “relentless media assault”. 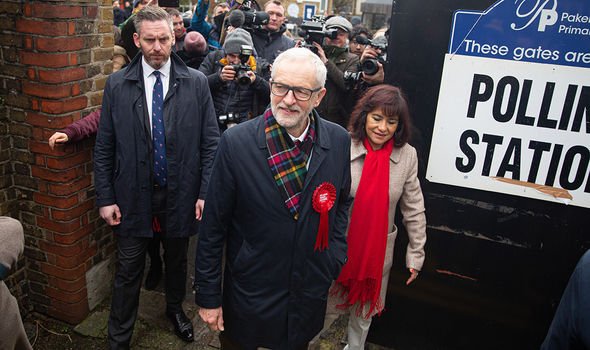 He declined to say whether he would resign if Labour does not get the victory he was forecasting.

Mr Corbyn cast his vote this morning, arriving at Pakeman Primary School in Islington with his wife Laura Alvarez at around 9.25am.

He was greeted by a small number of supporters as he arrived to cast his vote in north London.

However, in an odd turn of events, a protester dressed as Elmo, a character from children’s TV programme Sesame Street, was restrained by security guards as she tried to approach Mr Corbyn as he entered the polling station. 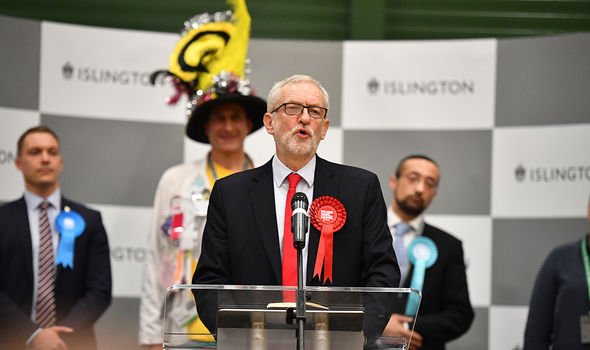 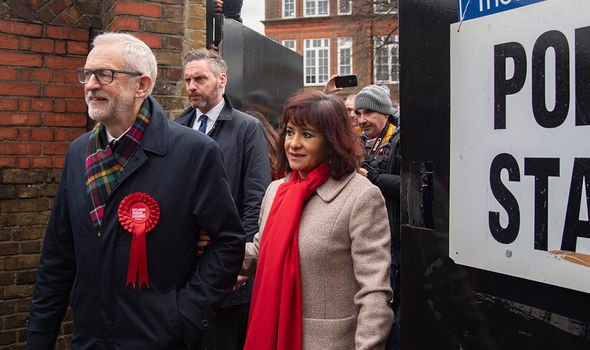 As the woman in fancy dress argued with security and police, Mr Corbyn said: “Hello guys, can we stop the arguments please.”

He later posed for photographs with well-wishers outside the polling station.

Mr Corbyn arrived to cast his vote at Pakeman Primary School in Islington with his wife Laura Alvarez at around 9.25am.

Also out voting, this morning was Mr Johnson, who broke with a tradition set by his recent predecessors by not voting for himself.

The Prime Minister instead voted at Methodist Central Hall, near Downing Street, at around 8.15am.

Incumbents of Number 10 have in the past voted in the constituency they lived in while serving as an MP.

He opted to vote in central London despite a heavy tactical voting campaign to oust him from his own Uxbridge and South Ruislip seat.

Mr Johnson was accompanied by his dog Dilyn, who he and partner Carrie Symonds adopted shortly after moving into Downing Street.